Why I Distrust Church Synods

As a former Anglican I distrust church synods.

The Church of England before the created of the General Synod may have been an old boys’ club of bishops who were mostly Freemasons, but did anyone suppose that the old boys’ club would be dispersed by the addition of the veneer of democracy? Come now. This is England we’re talking about. The future of the Empire, as they say, is decided on the playing fields of Eton and Harrow.

The only thing that changed was that there was a new tier of old boys and girls and because they were elected, not appointed, they wielded their power with the earnestness and ruthlessness of the amateur.

The democratically elected General Synod was not free of the corruptions of any elected body. Pressure groups developed and with them pressure sores. Agendas were written. Lobbying groups were established. Progressive programs were envisioned. Reactionary revolutions were planned. All the hugger muggery of congresses and parliaments, houses of lords and representatives now went on in the corridors of Church House–the establishment HQ a stone’s throw from the Houses of Parliament and under the shadow of the grand Westminster Abbey. This was the Church of England’s little Vatican City–where bishops once strode confidently leading the Church of England. Now the house of clergy welcomed country vicars, archdeacons from market towns, sincere Evangelicals and fervent Anglo Catholic rural deans. The house of laity found itself populated with school teachers,  retired majors and stolid Church of England ladies in tweed suits and sensible shoes.

These well meaning souls were the new rulers of the Church of England, and as time ground on they were replaced with a fresh breed of activists: homosexuals, feminists, environmentalists and left leaning politically correct strategists. The Church of England was to be an agent of change in society-her main mission not to save souls, but to save trees. Not to encourage marriage, but to allow divorce and remarriage, not to strengthen the family but to strengthen the arm of the militant homosexual lobby, nor to preach the old, old story of a lost humanity longing for their heavenly home, but the new, new story of activism and ideology.

I paint a bleak picture and I know I am biased. Others will see this synodical  process in a more benign way–willing to give the benefit of the doubt where I am not.

Perhaps one of the fruits of ecumenism would be for the Catholic Church to learn from her “ecumenical partners.” In this case to learn what not to do.

I fully realize that this month’s Synod of Bishops in  Rome is nothing like the General Synod of the Church of England.

After all, the representatives are not elected laity and clergy. They are the Bishops and Cardinals of the Catholic Church. This is nothing like the elected General Synod of the Church of England.

One of the problems with democratic forms of governance is that there is little transparency. Enormous efforts are made to appear consultative, to dress the windows with democracy while the real decisions are made in advance, the elections are engineered and the results predetermined. Already this synod is besmirched with accusations of obfuscation, corruption and back room deals. Pope Francis is being blamed for ruling with a velvet glove–the warm geniality concealing a controlling and manipulative personality.  Critics wonder at his choice of like minds to write the final relatio, his pre-synod boosts for Cardinal Kasper, and they wonder whether his seemingly off hand comments to the press were really so off hand at all. Charges of the Jesuit being jesuitical are whispered ever more loudly.

I don’t believe the gossip. I trust Pope Francis and believe he is sincere, but our leaders must understand that methods of government that seem democratic and consultative are often counter productive. They promise too much, and when they don’t deliver the backlash is worse than the problem at first.

The problem with a democratic form of government is not that it is democratic, but that it seems to be democratic. Decisions are not really made by the people. Consultation is a show and debate is too often a drama for the  reporters. 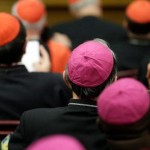 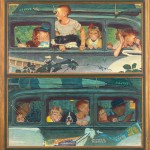 October 14, 2014 On Being Supernaturally Normal
Browse Our Archives
get the latest from
Catholic
Sign up for our newsletter
POPULAR AT PATHEOS Catholic
1