Is “Conservative Dissent” Brewing Inside the Vatican?

This article from the Washington Post gives a typical progressive slant on Catholic news.

The headline suggests that “Conservative Dissent is Brewing Inside the Vatican.” Ho  hum.

You can guess the tired narrative: Pope Francis is the great reformer who wants to clean up the corrupt Vatican Bank, open communion to divorced and re-married people, lift the ban on artificial contraception, give the nod to abortion, make way for women priests and green light same sex marriage.

Except of course that he’s spoken out clearly against all those things.

Nevertheless, he’s a subtle worker don’t you know, and he’s moving things along slowly but surely. Here a clever liberal appointment and there a back room deal. Here a little wink and nudge to journalists and there a promotion of one of his liberal buddies and a demotion of one the bad guys. In other words, the Vatican is working just like Washington DC and any powerful organization–it’s a network of crafty cardinals, manipulative monsignors and corrupt curial officials.

Is there “dissent” amongst some conservative American Catholics? There is certainly some genuine ugliness rumbling in a few extreme traditionalist blogs, but must we take seriously flat earth bloggers who rant about the pope being a communist antiChrist, modernist, Jew loving, infiltrator who is ushering in the New World Order of Illuminati/Freemasons? Probbly not.

Are there grumbles amongst conservatives about the detail? Sure. Are there concerns that the church is drifting away from her true priorities? Sure. Are conservatives fighting for their viewpoint? Is there opposition? Sure.

What is remarkable about the article, however, is where the writer identifies the “dissent”

He doesn’t actually find that many dissenters, so of course he names Cardinal Burke (that was easy) and a few other prelates. He mentions conservative websites and blogs and that’s about it.

What he misses completely is that these conservative voices are not the ones dissenting at all. If they were dissenting they would be protesting against Catholic teaching. They’re not. They’re simply upholding the faith once delivered to the saints.

Surely it’s Cardinal Kasper and the progressives who are being sneaky with the secret synod they held a few months ago to try to promote their progressive causes. Continue Reading 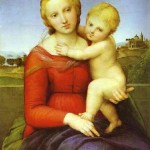 September 7, 2015
Did Jesus Have Brothers and Sisters?
Next Post 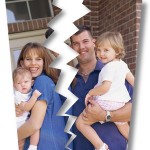 September 8, 2015 Faster Annulments: Building a Raft Out of the Wreckage
Browse Our Archives
Related posts from Fr. Dwight Longenecker