Embed from Getty Images
When faced with the mindless violence we saw in Sutherland Springs one can’t help but wonder if there is a diabolical element in what happened.

What makes a man plan to mow down innocent people and then meticulously carry it out, then turn the gun on himself? Was Devin Kelley demon possessed? What about the Las Vegas shooter Stephen Paddock?

Its all too easy to blame the devil when something like this happens, but it is rarely that simple.

Such senseless acts of evil seem to be from the irrational pits of hell itself.

However, Catholics always look for the natural explanation before jumping to supernatural conclusions.

Investigators now think Devin Patrick Kelley was involved in a domestic dispute with his mother in law. They now think Paddock lost a lot of money and was depressed.

The problem with these explanations is that plenty of people fight with their mother in law but don’t get a semi automatic weapon and kill two dozen people at Sunday morning church. Plenty of people lose money and get depressed, but they don’t set up a plan to pick off as many people as possible from a hotel shooting gallery.

There is more to it than that. But we still don’t have to conclude that it was demonic. Mental illness makes people go off the deep end and prescription drugs bend the mind and emotion. Were Kelley and Paddock on some kind of drugs? Do we know the full effects and side effects of psychotropic medications? Are we sure we know how they affect every different person and what the effects are if a person is on them for a long time? Do we know how they interact with other medications?

After these natural explanations are the ones that are even more difficult to diagnose. I’m referring to the massively negative emotional effects on white males in our society. Did you know that the suicide rate jumps alarmingly every year? In the USA there are about 121 suicides per day in the USA and that 7 out of 10 suicides are white males? The highest rate is among white males aged 45-65.

Paddock and Kelley were not only suicides but their actions revealed a belief in death as a solution to a problem. What we have seen in Texas and Las Vegas is evidence of a deeper societal problem. The difficulties of white males in our society are caused by complex network of problems, but it is true that many are despairing, feel abandoned, are cut off, traumatized and it is made worse by an aggressive and stupid liberal idea that white males are the criminals.

Another factor is the person’s world view. Paddock was described as “having no religious convictions” and Kelley was described as an angry atheist. If this is the case, then the natural causes are exacerbated by a world view and philosophy that is nihilistic. If these men had no religion and no belief in an afterlife, then there was no hell to pay and no heaven to win. If that is the case, and after death there is nothing, then human life is expendable.

In other words, in Sutherland Springs and Las Vegas we are seeing the outworking of the culture of death in our society. Should we expect anything different in a society where unborn children can be dismembered and beheaded in their mother’s wombs and their body parts sold for cash?

Finally, after all the natural causes are explained or explored we can posit that there may also have been a demonic element in the killings. One cannot say that Paddock or Kelley were demon possessed in the formal sense (although they may have been) but we can certainly recount examples in which a diabolical influence enters through the darkness of evil, drug abuse, aggressive atheism and other dark behaviors and beliefs.

Was the devil involved at Las Vegas and Sutherland Springs?

I don’t know, but I know he was pleased with what happened. 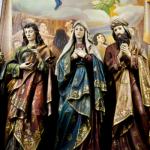 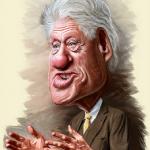