Witches And Pagans Are Everywhere

Yes, that’s right, we’re everywhere.  We’re all over the world, and our numbers are growing.

Some pagans and witches are out of the broom closet, leading congregations in churches like Unitarian Universalist.  Some work with pagan organizations such as Circle Sanctuary.  Some are pagan/witch healers or divinatory readers. Others are book authors and/or activists.

My lovely friend Psychara at an activist march

These people are at the fore, glowing in the spotlight, showing the world that we’re people, just like they are.

But there’s also a hidden realm of witches and pagans in the world.  This is far more widespread.  It encompasses nearly every profession and area of life.

We’re the people working as paramedics and fire fighters, saving your life, your cat, possessions, and home.

We’re the ones assisting with psychological needs and counseling, healing your turbulent emotions and empowering you.

We’re the ones cleaning up toxic sites, protecting you from nasty chemicals and cancer clusters.

We’re at the forefront of several disciplines of science, working to understand medical mysteries and trying to heal the body.

We’re the ones pouring your coffee and steaming your almond milk.  We make your food and clean your homes.

We’re the ones working at makeup counters, helping with glamor and the art of illusion.

We’re children who know who and what they are, but can’t admit they’re a witch/pagan because they live in a restricted environment.

We’re the people who are turning away from condescending, corrupt religions.  We’re a movement of people going back to their roots and their own spirituality.  This is what a revolution looks like.

We’re everywhere, and we’re not going anywhere.  If the current data can be trusted, there may be as many as 1.5 million of us in the United States alone.  These numbers are projected to grow among the younger generation more and more.

We’re everywhere, and we’re not going away. 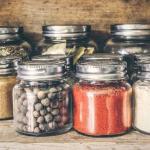 April 21, 2019
The Magical Spice Rack: How To Work With The Correspondences In Your Cupboards
Next Post 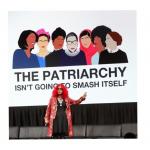 May 3, 2019 Witches Versus The Patriarchy: Our Political Movement Has Arrived
Recent Comments
4 Comments | Leave a Comment
Browse Our Archives
Related posts from Starlight Witch