I often hear new witches talk about the spells and rituals they performed for simple acts of magic, such as a two-card tarot reading ritual.  Whenever I hear things like that, I get confused.  Why would they go to all the work of creating ritual space and cast a spell just to pull two cards?

I usually learn later that they didn’t perform a spell or any ritualistic actions. They simply pulled two cards and called it a “ritual.”

In my opinion, we need more consistency when it comes to the terminology used to describe magical acts.  Spells, magical practices, and rituals are often used synonymously, but they’re far from the same thing.  This article explains the difference and similarities.

What Is A Magical Practice?

Magical practices are simple workings—I call them simple magics.  They can take anywhere from one second to a couple of hours.  They should have an intention, an end goal, and a magical act. These are everyday magics, where you don’t step between the worlds. They don’t have to have spells, but they can.

They’re not very ritualistic–there’s usually no casting of a circle, no calling the quarters, no summoning of unfamiliar spirits, and no complex spells.

Examples of magical practices include taking a magical bath, divination such as tarot or some other form, taking a deep breath with the intention to relax, reciting a spell with some energy work, taking a magical walk, shadow work, calling upon a deity or familiar spirit, clearing away troubling thoughts, meditating, lighting a candle, and cleansing.

What Is A Ritual?

Rituals are more elaborate magical works.  There is usually some kind of structure to them, including casting a circle, calling upon the quarters/elements, calling upon spirits or the gods.  They involve ritualistic actions that are usually repeated for other rituals, such as a full moon ritual.

Rituals are intended to assist us in walking between the worlds.  They almost always take more time than practices because they’re bigger magical works that raise a lot of energy.  They generally have spells because of the high level of complexity of the magical work.

Rituals are more effective at holding the raised energy and directing it out or into an object.  Examples of ritual workings include spell bottles, manifestations/attractions, transformative magics such as deep healing, protection magic, and more.

What Is A Spell?

The word “spell” comes from ancient languages, and in general, it means “to signify, to relate, or to talk.”  In other words, a spell consists of words (or emojis).

It’s usually a phrase, or series of phrases, with an intention for something to happen.  A spell can be used on its own, or with actions.  They can be used in magical practices or in rituals, or by themselves.

Spells don’t have to rhyme, and you can write them yourself if you wish.  I recommend that more than using someone else’s words that don’t resonate with you.

There is such a thing as a silent spell, with the words spoken in someone’s mind or written down. However, the power of the spoken word is so much stronger than thoughts alone that I recommend speaking your spells, even if you have to whisper them.

Everyone’s magic looks a little different.  Some people don’t call upon spirits or the gods in ritual, and others like to cast a circle during even the simplest magical practice.  It’s all up to you how you define these terms.

Lastly, if you want to call your magical practice a “spell,” that’s okay.  Just add a few words to it.  For example, “May these tarot cards be empowered to tell me the honest answers for my questions.”  The addition of spellwork to any practice or ritual can only benefit it.

I’m going to blame Hollywood for spreading most of the misinformation about the terms, but there are some writers who spread these misnomers too.  It’s really no big deal, but I think it’s better to use more accurate terms if you know what they are.

I hope these definitions about spells, practices, and rituals help you communicate about the complexity of your magical workings! 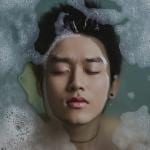 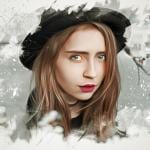 The 20 Best Books On The...
For Puck’s Sake
Related posts from Starlight Witch