The Difference Between Witchcraft and Wishcraft

The Difference Between Witchcraft and Wishcraft May 27, 2019 Astrea Taylor

There’s a big difference between wishing for something to happen and witching for it to happen.  An example of wishcraft is someone who calls themselves a witch and desires change, but doesn’t do much about it.  Many wishcrafters do nothing at all, while others do low-impact activities such as meditation, making their energy resonate at a higher frequency, and doing manifestation work, like treasure maps.  In other words, witch-light.

Wishcraft is something I know a lot about, having grown up in a new age church.  I saw how people can “be the change they wish to see in the world,” all while performing the complete opposite actions.  I saw how someone can create a vision board, gluing inspiring photos to posterboard and writing down energized words, all the while not sending out those resumes, not exercising, and not making connections outside of their home.

But if you’re going to call yourself a witch, why not do the real witchy work?

It’s okay if we have different definitions about what witchcraft is.  My own intuitive witchcraft path is different from nearly everyone else’s, and it works for me.  The differences are something I honor and respect.

However, there’s a vast divide between people who think and talk about witchcraft and those who actually do it.  I’m not the first to advocate the use of “witch” as a verb, and I certainly won’t be the last.  It’s a conversation that needs to happen because a lot of people don’t know how to start having regular practice or ritual, or why they should.

Here’s why: because it’s the next step, and it’s even better than you can imagine.

Consider the person with no magical practice or rituals.  They merely walk outside their back door, stand under a star, and make a wish before dumping the recycling into the bin and returning to their regularly scheduled programming.  This is wishcraft.

Then, consider the person who ritually cleansed themselves, made the journey to a sacred place both internally and externally, and sat beneath the same star.  This person may have prepared something to give to the spirits of the land or the gods, or perhaps they’ll work their magic in that moment, under the starlight.  Maybe they’ll light a bay leaf, invoke a spirit or a god, say a few words, and listen for a response.  This is an example of witchcraft.

I’m not saying that all of our magical work has to take hours of preparation and involve laborious work, but something should happen besides the mere act of making a wish or doing light energy work.  Otherwise, how do the gods and spirits know we’re serious?  Taking action separates us from the new agers, the people only into surface witch aesthetics, and the people into wishcraft.

Don’t just be the change you wish to see in the world.  Do the work too.  Witches make it happen through sheer will, magical actions, and drawing assistance from the otherworlds.

In other words, don’t just dream it. 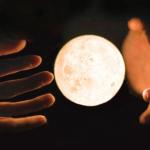 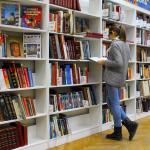 May 30, 2019 How Important Is It To Learn Pagan/Occult History?
Recent Comments
1 Comment | Leave a Comment
"I can't believe the author is intentionally being arrogant, but Mark, it's always important to ..."
Lloyd Hargrove Leading With Empowerment, Not Shame
"Thanks for sharing. I read one blog about Bayleaf on iahas.com they have also explained ..."
Jesse Bay Leaf Magic: Burn and Banish
"This year the only songs that hold any meaning for me are the songs that ..."
Amanda Ingalls All I Want For Christmas, Solstice, ..."
""Shame rarely teaches people to grow." This should be a phrase EVERYONE should understand. Especially ..."
Bo Thompson Leading With Empowerment, Not Shame
Browse Our Archives
get the latest updates from
Starlight Witch
and the Patheos
Pagan
Channel
POPULAR AT PATHEOS Pagan
1

Connecting to Gods for Whom There...
John Beckett
Related posts from Starlight Witch