How Does Hinduism Differ From Buddhism? [Google Questions Answered]

Curious to know what people were wondering about Hindus and Hinduism, I went to Google and entered some prompts. For example, I typed “How Does Hinduism” and then paused to see what questions would come up. Today’s question is…

Hinduism and Buddhism are closely related. Buddha was a Hindu prince before founding his own path to enlightenment. For westerners I’ll often say that the relationship between the two is like the relationship between Judaism and Christianity in some ways. Christianity was inspired by the life of a Jew and Buddhism was inspired by the life of a Hindu (though the Buddha rejected Hinduism and did not find it to be the right path for himself).

One of the really stark differences is between Everything or Nothing.

–> Another big difference related to this is that one of Buddha’s fundamental principles is that life is suffering. When we accept that, we want to escape from the world, and so we dedicate ourselves to meditation and breaking the cycle to achieve the nothingness of Nirvana.

Hinduism, on the other hand, believes that life is actually full of joy. Yes, as Buddhism says, suffering arises when we feel attachment to things and to people, but suffering is part of the physical body and the physical plane. There is a bigger reality into which we can step and in that True reality, the world is perfect and everything is bliss.

–> While Hindus turn to the Vedas, the Upanishads, the Gita, and the Ramayana to understand life, Buddhism does not accept any of the Hindu scriptures.

–> Buddhism does not worship or follow the Gods. Some don’t believe Gods exist and others believe they exist but are not beings worthy of worship, as they are also stuck in the illusion of the world and cannot guide anyone out. It could be said that Buddhism has no Gods while Hinduism has all the Gods!

–> In day to day practice the most noticeable difference is in ritual. Hinduism has a lot of ritual about it and proper ways to arrange an altar, proper offerings to make, proper compass directions to face. Buddhism’s original forms had none of that.

It gets more complicated, though, as both religions have continued to grow. There are sects of Buddhism now that differ dramatically from the original stark teachings.

My knowledge of Buddhism is not profound, as it is not my religion. It is, however, the religion of my husband, so I’ve learned about it from him.

Though on the one hand Buddhism has tended to be more welcoming of outsiders, American Buddhism has really developed into its own sect. I highly recommend American Buddhist Perspective on Patheos. The writer is very intelligent and really knows how to distill and explain Buddhism and in particular, American Buddhism. Here is an article he linked to recently with common misconceptions about Buddhism: http://www.tricycle.com/blog/10-misconceptions-about-buddhism/ (Number ten makes me laugh because I feel the same way about Hinduism!)

There are those who do not believe Buddhism to be a separate religion and would categorize it as a form of Hinduism. In fact, in many counts of Vishnu’s avatars, the Buddha is one.  I’ve thought about that and I don’t know that I can agree. I find Buddhism’s emphasis on nothingness to be fundamentally at odds with Hinduism’s beliefs. My sect of Hinduism (Advaita Vedanta) and my husband’s form of Buddhism are quite similar in many ways and we have plenty of common ground, but there are distinct differences that we stumble across occasionally in philosophical debate.

The Buddha found his own way to understand the world and it’s a good path for many, many people. But it is a different take than that of Hinduism.

A related question on Google is How Does Hinduism Differ From Other Religions? I think a great resource for answering that question is the book How To Become a Hindu by Subramuniyaswami. There is a large section detailing Hindu beliefs and the beliefs of many other world religions and belief systems. You can read the book for free by clicking the links here: http://www.himalayanacademy.com/view/how-to-become-a-hindu

What Does Hinduism Say About Homosexuality?

Why Do Hindus Wear Turbans? 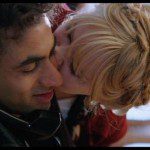 November 21, 2013
When Your Children Fall In Love
Next Post