The day is finally here – the 300th birthday of George Whitefield, the greatest evangelist of the eighteenth century, and the best known person in colonial America prior to the Revolution. I have been waiting for this day for a long time, but I started getting serious about writing a Whitefield biography in time for his 300th birthday sometime after my 2007 book on the Great Awakening. There were fine biographies of Whitefield available from both Christian devotional and academic perspectives, but there wasn’t an up-to-date academic biography that spoke widely to a popular (and especially Christian) audience, along the lines of what my doctoral mentor George Marsden did for Jonathan Edwards ten years ago. I would not compare my biography to the quality of Marsden’s stunning achievement, but I am certainly using his model of an openly Christian, but academically serious approach to biography of a a great minister. Dr. Marsden may not remember it, but he actually suggested to me some years ago that we needed a new biography of Whitefield along these lines.

I’m pleased to say that Whitefield is being more thoroughly commemorated this year than he was in 1914. There have been several Whitefield-themed conferences and symposia, including ones at Oxford, Southern Baptist Theological

Seminary, and Baylor, as well as a number of church- and college-based lectures and other events commemorating the man. I offered a Whitefield curriculum at The Gospel Coalition for the use of pastors and Sunday School teachers, and I trust that a number of churches are giving lessons on Whitefield’s legacy in these weeks (we did so at Highland Baptist Church in Waco, where the pastoral staff generously asked me to do a workshop with all the adult Sunday School classes). If none of that sticks, of course, there’s the #Whitefield300 tweet-a-thon some of us are doing today!

As I discuss in the following excerpt from the biography, 1914’s commemorations were more muted. Of course, all of Europe was preoccupied with the outbreak of World War I. The observance in London makes me a little sad, but I have to chuckle at the remembrance by the Methodist “Preacher in Charge” in Lordsburg, New Mexico.

“Even within evangelical and Methodist circles, Whitefield had fallen into relative obscurity by the time of his 200th birthday in 1914, during World War I. In London, a celebration of his birth held on Kennington Common saw only “small” attendance because of bad weather. One pastor recalled Whitefield’s “magical power of speech,” and David Garrick’s story of Whitefield’s command of the word “Mesopotamia.” Others commended Whitefield’s flexibility and open-air preaching. One noted that “with war in the air, people were thinking more deeply of spiritual things than in more peaceful times,” and that like Whitefield, pastors should seize the opportunity. In America, the bicentennial generated relatively little comment. The El Paso (Tx.) Herald did print an editorial on the occasion, focusing on Whitefield’s eloquence. “His sermons when printed out are meager and scanty. It was the man and his belief, soaring away into the infinite, that lifted people out of themselves,” the writer noted.

Although evidence is fleeting, a number of churches must have mentioned Whitefield’s birthday during Sunday services on December 13, 1914. America’s Federal Council of Churches recommended that member churches do so on that day. The pastor of Washington D.C.’s New York Avenue Presbyterian Church devoted his Sunday sermon to the evangelist, although the newspaper notice spelled his name “Whitfield” and explained that it was the “second anniversary” of his death. In far-distant Lordsburg, New Mexico, W. S. Huggett, the “Preacher in Charge” at the Lordsburg Methodist Church put an ad in the paper for a Sunday evening sermon on the topic “Bicentenary of George Whitfield [sic]: The Greatest Preacher of the Eighteenth Century.” The Kingston Gleaner of Jamaica noted that Kingston’s East Queen Street Baptist Church would observe the Whitefield bicentennial, too. East Queen Street was a congregation whose ministry dated back to the 1780s and the preaching of George Liele, a freed slave who had also started a Baptist congregation in Savannah five years after Whitefield’s death.”

It is remarkable that blogs like this one, as well as Twitter and other electronic media have opened the door for more effective connection- and commemoration-making on Whitefield’s 300th birthday, and I am delighted to be part of it.

December 17, 2014 Give the Gift of Spiritual Formation and Neuroscience for Christmas
Recent Comments
4 Comments | Leave a Comment
Browse Our Archives
get the latest from
Anxious Bench
Sign up for our newsletter
POPULAR AT PATHEOS Evangelical
1 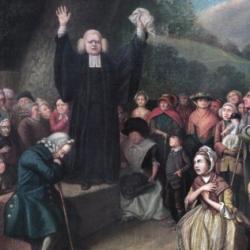 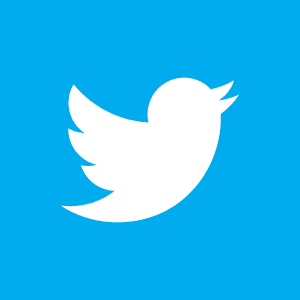