The Best of The Anxious Bench: The Protestant Reformation

The Best of The Anxious Bench: The Protestant Reformation October 31, 2017 Chris Gehrz

Given that today is the 500th anniversary of Luther’s 95 Theses, I thought it would be better to have an actual Reformation scholar write this morning’s post. So I invited Tal to take my spot and reflect on remembering (and forgetting) the Protestant Reformation.

But in the hope that this anniversary has got many of you wanting to think more about the legacy of the Reformation, I’ll also go ahead and point you to some of this blog’s greatest hits on a topic that almost all of us have written about at least once or twice.

“Luther, with his ‘bold stand in Wittenberg,’ epitomizes what individual evangelicals want to be: a bold reformer who speaks the truth of God’s word and brings authentic revival to God’s church.

But Martin Luther did not stay silent….

Isn’t it ironic? Modern Evangelical Christians revere Martin Luther for doing the very thing that we are not.”

“Of course, Adam and Eve were not actually present in sixteenth-century Germany, though [Kathleen] Crowther’s title illustrates well how a period’s emphases of thought and circumstance can drive interpretation of a text. Crowther argues that Lutherans reversed some conventions about Adam and Eve typical of medieval Catholicism.”

“The Reformation… nearly killed St. Nicholas’s association with Christmas. On Christmas Day in 1550, an irritated John Calvin saw a larger-than-usual crowd at his church in Geneva. He said, ‘Now I see here today more people than I am accustomed to having at the sermon. Why is that? It is Christmas Day. And who told you this? You poor beasts. That is a fitting euphemism for all of you who have come here today to honor Noel.’ Calvin was saying that his parishioners had been duped by Catholic superstition into thinking that Christmas was more important than any other church gathering.”

“If we Protestants are ‘reformed and always reforming,’ then commemorating the Reformation should cause us not so much to celebrate the past as to renew our mission and ministry in the present….

Christians who believe in the authority of Scripture alone should never think too highly of any particular tradition. Christians who believe in salvation by the unmerited gift of God alone should never elevate anything humans have done within history to the level of the eternal and immutable. And Christians convinced that our religion is ‘reformed and always reforming’ must always be open to God ‘making all things new.'”

“…Exsurge Domine remains on the books and despite decades of ecumenical rapprochement, Luther at some level remains a wild boar in the eyes of Rome. Many theological differences between Catholics and Protestants will endure after the 500th anniversary of the Reformation in 2017, but perhaps the time has come for the Catholic Church to apologize for this past name-calling. A still better gift would be for Lutherans and Catholics to sit down together and enjoy wild boar pasta, a delicacy in central Italy. There should be wine too, of course—from unmolested vineyards.”

“In other ways too, contemporary Ethiopia looks surprisingly like Reformation-era Europe. If Luther or Zwingli visited a modern-day European congregation, they would be astonished at its advanced age, and the scarcity of children. In Germany today, only 23 percent of people are under twenty-four years old, and the median age is 45. In Ethiopia, 64 percent are under twenty-four, and the median age is 17.5. Naturally, teens and young adults are much more likely to respond to a fiery new religious message than are graybeards, making that huge demographic contrast more than a curious factoid.”

“The sermon became the centerpiece of Protestant worship, and it remains so in many contexts. At the same time, few Protestants retain Luther’s theology of preaching. Luther would have little stomach for the entrepreneurial world of American Christianity, in which individuals without any ecclesiastical ties or theological training found new churches. Nor would Luther — despite his own translation of the Bible and his own devotional and academic study of the scriptures — agree that it is most important for people to study the scriptures on their own or in small-group Bible studies. They need to hear the Word proclaimed and expounded upon, and not just a sentence or two, as is increasingly common.” 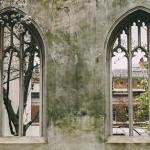 October 31, 2017
The Upside of Historical Amnesia As the Reformation Turns 500
Next Post

November 1, 2017 Top Ten DON'TS for Conference Presentations
Recent Comments
0 | Leave a Comment
"One way to look at lynching is to keep blacks under control. Lynching photos were ..."
Timothy Weston What We Can Learn from Pastors ..."
"A good friend is active in Calvary Chapel. I've got no skin in the game ..."
Karen Silver Who Is an Evangelical?
"I think you mean Kenneth Copeland, not Kenneth Coleman. The whole prosperity gospel, name-it-and-claim-it theology ..."
Dr_Grabowski Who Is an Evangelical?
"I am beginning to differentiate evangelicals. There is the Francis Collins brand of Evangelical whose ..."
Karen Silver Who Is an Evangelical?
Browse Our Archives
get the latest updates from
Anxious Bench
and the Patheos
Evangelical
Channel
POPULAR AT PATHEOS Evangelical
1