The Bishop’s Boys: Religion and the Wright Brothers

About a month after my editor first mentioned the name of Charles Lindbergh to me, our sabbatical travels took my family to the birthplace of aviation: Kitty Hawk, North Carolina. Sure enough, there’s a painting of Lindbergh in the National Park Service building at the site of the Wright Brothers’ first flights. But I’m starting to think there’s a decent “spiritual, but not religious” biography to be written about Wilbur and Orville Wright themselves.

That came to mind after I spent part of last week’s spring break reading David McCullough’s rather breezy Wright Brothers bestseller and Robert Wohl’s A Passion for Wings, which starts in 1908, with Wilbur Wright’s landmark demonstrations at Le Mans, France. Likewise, Orville’s public flights that same year at Fort Meyer, Virginia kick off Joseph Corn’s The Winged Gospel, about which I blogged two weeks ago.

At some point, I should also read the Wright Brothers book by Smithsonian aeronautics curator Tom Crouch, The Bishop’s Boys, whose title hints at one way religion lurks in the background of the inventors’ story.  The titular clergyman was Milton Wright, who preached his first sermon when he was 22, was ordained two years later, and served an itinerant preacher before being elected a bishop of the United Brethren Church in 1877. (And mentioning this denomination would be as close to a Pietism reference as I’d get in my Lindbergh biography!) In order to serve as editor of that church’s national weekly, The Religious Telescope, Wright moved to Dayton, Ohio, where he came to hope that Wilbur would follow in his footsteps and become a minister.

The Wright Brothers maintained the moral discipline of their UB upbringing. They refused to work on the Sabbath — even during the most urgent phases of their test flights — and generally avoided alcohol and tobacco. (“We have been real good over here,” Orville reported to their father during his first visit to Paris. “We have been in a lot of the big churches and haven’t got drunk yet.”) And while poor health had kept Wilbur from fulfilling his father’s initial dream that he attend Yale Divinity School, he took time out from his work on the Flyer to help his father wage a war of words with critics in the denomination.

And yet, notes McCullough, “for all the Bishop’s dedication to church work, religion was scarcely ever mentioned in his letters to his children, or in what they wrote to him. No framed religious images or biblical quotations were part of the home decor, with the exception of a color print of Saint Dorothy, hanging to the left of the fireplace in the front parlor, but that was the part of the room where Orville customarily propped his mandolin against the wall, and she was the patron saint of music.” In fact, the Wright Brothers ceased regular church attendance, apparently after reading the work of Robert “The Great Agnostic” Ingersoll, a Congregationalist pastor’s son who became 19th century America’s foremost freethinker.

Instead, they embraced an early version of Corn’s “winged gospel.” As the Wright Brothers turned their interest from bicycles to flying machines, Wilbur wrote to the Smithsonian in 1899, requesting reading material. Among the other works sent back was an English translation of Pierre Mouillard’s 1881 book, L’Empire de l’Air. Under the influence of the farmer-poet Mouillard, says McCullough, flight became for Wilbur Wright “a ‘cause,’ and Mouillard one of the great ‘missionaries’ of the cause, ‘like a prophet crying in the wilderness, exhorting the world to repent of its unbelief in the possibility of human flight.’” Such language pops up here and there in the brothers’ correspondence. For example, about a month before he and Orville made history at Kitty Hawk, Wilbur wrote of their hapless competitor, Prof. Samuel Pierpont Langley, that apart from his actual successes and failures “he advanced the art [of flying] greatly by his missionary work and by the inspiration of his example.”

And long before Charles Lindbergh seemed to some “the new Christ” of modernity, the accomplishments of the Wright Brothers inspired religious responses. Corn reports that one of the men working at Kitty Hawk’s lifesaving station recalled feeling “kind o’ meek and prayerful” as he watched Orville Wright take off for the first time. “My God! My God!” repeated a previously skeptical eyewitness to Orville’s flights at Fort Meyer in 1908.

In fact, the first significant eyewitness account of the Wrights’ early flights was a Sunday School teacher and temperance advocate. Amos Root watched his fellow Ohioans perfect their craft at a field outside Dayton in 1904, then wrote an account for the January 1905 issue of his beekeeping journal. (Scientific American turned down the chance to publish it.) “God in his great mercy has permitted me,” Root gushed, “to be, at least somewhat instrumental in ushering in and introducing to the great wide world an invention that may outrank electric cars, the automobile… and… may fairly take a place beside the telephone and wireless telegraphy.” Like many evangelists of the “winged gospel” to come, Root saw flight as enormously liberating:

God’s free air, that extends all over the earth, and perhaps miles above us, is our training field… When you see one of these graceful crafts sailing over your head, and possibly over your home, as I expect you will in the near future, see if you don’t agree with me that the flying machine is one of God’s most gracious and precious gifts.

As the fame of the Wright Brothers’ grew, religious rituals developed around them. Wilbur and Orville decided to preserve the first airplane as a “symbol of the beginning of an era,” leading Corn to observe that “Their Flyer became the primary relic of that miracle, not simply a piece of the true cross but the cross itself.” Soon the anniversary of Orville’s landmark flight became the high holy day of airmindedness. “On December 17th,” continues Corn, “just as Christians honored the birth of Christ, believers in the winged gospel solemnly paid homage to the original ‘miracle’ that took place at Kitty Hawk in 1903.” For the 25th anniversary of the “miracle,” leading figures from politics and aviation (including Orville Wright and Amelia Earhart) made an official “pilgrimage” to what one speaker called a “national shrine” at Kitty Hawk. Four years later, a 60-foot granite monument was installed atop Kill Devil Hill, and in 1934 Pres. Franklin D. Roosevelt designated December 17th National Aviation Day.

Corn’s book is primarily about Americans’ fervor for flight, but Robert Wohl detected similar themes in the European response to the Wright Brothers. Around the Western world, people engaged in what Wohl called the “spiritualization” of the Wright Brothers’ invention:

As a cultural historian, what intrigued me above all in this story was the compulsion that people felt to transform, through the play of their imagination, the most mechanical of events — the invention and development of the flying machine — into a form of spiritual creation.

For example, French writers appealed to religious analogies to make sense of Wilbur Wright after watching his hugely popular test flights at Le Mans in 1908. Franz Reichel of Le Figaro made much of the flecks of gold in the American’s gray-blue eyes, claiming that they “ignite a passionate flame because Wilbur Wright is a zealot. He and his brother made the conquest of the sky their existence. They needed this ambition and profound, almost religious, faith in order to deliberately accept their exile to the country of the dunes, far away from it all.” A young aviation journalist named François Peyrey noticed Wright’s eyes become distant after another day at Le Mans; they reminded him “of those monks of Asia Minor who lived perched on the tops of inaccessible mountain peaks. The soul of Wilbur Wright is just as high and faraway.” For Peyrey, the sight of Wright circling above in his fragile flyer had a “religious grandeur.”

Peyrey’s sketch of “the ascetic and spiritual qualities he sensed in Wright” is, for Wohl,

the first full-blown portrait of a real, as opposed to an imaginary, aviator. Though brief, it ascribes to Wilbur Wright many of the characteristics and qualities that would later become identified with countless other famous fliers: the unusual eyes; self-reliance; determination; attention to detail; extraordinary patience; an artisan-like dedication to work; loneliness; genius; indifference to the superficial emotions of the masses; trustworthiness; imperturbability; purity; aesthetic sensitivity; spirituality; loyalty; simplicity; and above all, height and distance from the ordinary run of human beings.

“The twentieth century,” he concludes, “was born yearning for a new type of hero: someone able to master the cold, inhuman machines that the nineteenth century had bequeathed and at the same time capable of transforming them into resplendent art and myth. Unknown to themselves, the Western peoples secretly desired an epic poetry of technology deeds.”

Wilbur Wright, “the unlikely candidate chosen by fate to play this role,” died of typhoid fever in 1912, just fifteen years before an even less likely — and less religious — Midwesterner eclipsed the myth of the Wright Brothers with an even more epic deed of technology. 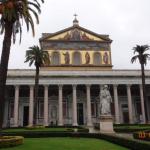 March 21, 2018 Paul Interrupted: A Medieval Perspective
Recent Comments
0 | Leave a Comment
"Clearly it was the forces of patriarchy who sulllied the image of Mary Magdalene, and ..."
Michel Down with the Patriarchy! Remembering the ..."
"I believe this is the tip of the iceberg. Along the line, the "Church Fathers" ..."
Michel Down with the Patriarchy! Remembering the ..."
"I have often thought the same thing. Young people don't appreciate this miracle."
Roger McKinney Google’s Revolution in Historical Research
"Four Horsemen of Apocalypse -The connection of climate-related disasters to plague, pandemic, and pestilence is ..."
Epiphany Mirabeth These Are The Ways The World ..."
Browse Our Archives
Related posts from Anxious Bench