The Religious History of the Space Race

The Religious History of the Space Race October 30, 2018 Chris Gehrz

One of my favorite things about sharing a blog with the fine people of this Bench is that they often share with each other recommendations for books, articles, documentaries, etc. It’s taken me several months, but I finally took David’s advice and started reading To Touch the Face of God: The Sacred, the Profane, and the American Space Program, 1957-1975. (Yes, yet another reference to John Gillespie Magee’s poem.) In that 2012 book, historian Kendrick Oliver seeks to address the two-sided neglect that historians of NASA and those of religion have for the implications of each other’s fields.

“Such neglect,” Oliver notes, “seems strange.” Scholars of religion assumed that it remained relevant “amid all the cool empirical instrumentalism that marked the condition of modernity. Where better, then, to test the issue than the space program?” After all, if the invention of airplanes could produce a “winged gospel,” isn’t it easy to imagine that having the potential to escape Earth and enter the heavens might inspire its own “techno-religion”? Oliver notes that at least one historian of technology thought so: 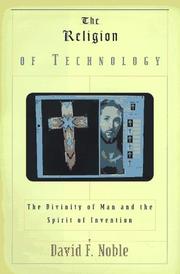 For David F. Noble, the development of new technologies has almost always expressed a hope of redemption, of recovering the dignity that man forfeited in the Fall. Spaceflight, specifically, conjured with the symbolic tradition that redemption and divinity were manifested in motions of ascent toward heaven. The point was proved, he thought, by the presence of committed Christians across the ranks of NASA employees. Whereas the secularization thesis anticipated a technocratic venture untouched by transcendent concerns, Noble took the view that transcendent concerns, in actual fact, had directed the program’s goals and continued to inspire its personnel. He was not inclined to celebrate the theme. More than any other technology, he judged, the machinery of spaceflight involved an explicit, and immoral, evasion of earthly priorities for the sake of chasing phantoms of the sacred beyond the sky.

In chasing their atheistic Soviet rivals to the stars, in other words, Americans were too heavenly-minded to be any earthly good.

Is that true? First, says Oliver, we need to consider that inquiring after the ways that the metaphysical motivated NASA astronauts and engineers — or shaped how they made meaning of their work — “is no simple historical procedure.” Public professions of faith by post-WWII Americans “may have been an act of social pragmatism rather than a marker of genuine commitment and belief.” Or such words might be easily misinterpreted, consisting of “secularizations of the sacred, not sacralizations of the secular.” (So “aesthetics of futurity intermingled with evocations of the medieval church,” as astronauts prepared for each “mission” in what one of them called the “monastic world of crew quarters.”)

But then, you can only grapple with problems of interpretation if you have historical evidence to interpret. What if astronauts like Neil Armstrong and the engineers and administrators behind them kept their faith to themselves? How do we interpret such silences?

Drawing not just on public statements but diaries, letters, and other private papers from NASA archives (I’m reminded here of Will Inboden’s use of similar sources from early Cold War policy makers to recover the “soul of containment”), Oliver comes to a more complicated conclusion than Noble’s. I’m only a few chapters into the book, but what stands out right away is Oliver’s description of NASA as exemplifying “[n]ot secularism… but secularity”:

The program was no bastion of secularism: elements of NASA’s institutional style and at least some of its activities spoke to an open concourse between place of worship and place of work. But the thesis that the program was conceived and brought to term in anticipation of a Christian millennium, enforced by analogous movements of ascent and promises of immortality, is not persuasive. Indeed, religious faith was rarely an inspiration for the project of spaceflight; it was salient mostly as a source of validation….

The space program, for all of the Christians in its midst, for all of its evocations of transcendence, was a product primarily of profane, sometimes prosaic, ambition…. It was mostly left to those outside the program, if they so wished, to reflect on the relation between exploration of the cosmos and cosmological tradition, to judge whether the space age would be friendly to faith.

To the frustration of observers like Norman Mailer, who couldn’t understand how so transcendent an ambition inspired such mundane reflection from its participants, NASA was filled with engineers. And their model was “not so much the monks of St. Benedict, conceiving their labor to be a prayer to God, but the Zen Buddhist with his quiet, careful reveries: the engineer, utterly absorbed in his machine and in the rational, ordered process by which he will make it work.” So Mercury astronaut Wally Schirra evaded questions about religion at a 1959 press conference: “I think I should like to dwell more on the faith in what we have called the machine age. All of us have faith in mechanical objects.” Even a practicing Presbyterian like Buzz Aldrin, who famously asked his pastor to provide him communion elements for the moon landing, had “elements of his personality that conformed more to common typologies of the engineer…. Aldrin immersed himself in the theoretical and technical content of his work and achieved a measure of genuine mastery.”

To the extent that Oliver’s subjects were religious, faith seemed to have little to do either with each man’s choice of career or “how, day to day, that man went about his work.” But that is not to say that Christianity was unimportant. On the contrary, many NASA employees and their families found church participation to be essential. Christianity did not necessarily give them motivation or meaning for their work, but it did provide the social cohesion and moral support of religious community.

And here’s where To Touch the Face of God helps me understand something about my own current project. For the young Charles Lindbergh, his history-making flight to Paris was primarily a test of planning, engineering, and his own skill and stamina as a pilot; at least at first, he left it to others to make larger meanings of the feat. And as Oliver notes, Lindbergh initially “maintained neither confidence in God nor an attachment to any church.”

Over time, he rethought half of that attitude. How he became, in Oliver’s words, “convinced of man’s need for spiritual values and a belief in God” is the primary purpose of my in-process spiritual biography. But it’s already struck me that, for all his spiritual questing, Lindbergh never felt the need for “an attachment to any church.” It’s not just that he shared many moderns’ distrust of organized religion. It’s that he doesn’t seem to have felt any great need to be committed to any voluntary community. He maintained many friendships and participated in many organizations, but he’s neither like Buzz Aldrin, whose “involvement with Webster Presbyterian presented him, perhaps with a rare chance for social integration,” nor the NASA families who were kept grounded and supported by their religious communities.

“It was in space, not in the suburban church, that technological man looked for his challenge,” concludes Oliver. “Success in meeting that challenge could not compensate fully for its costs—to family most of all. It was in the hope of mitigating these costs that, in Houston at least, technological man turned to the church.” That Lindbergh never made even that religious turn is something I need to investigate further. 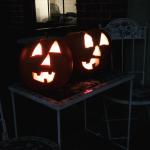 October 31, 2018 Why Evangelical Christians Are Afraid of Halloween
Recent Comments
0 | Leave a Comment
Browse Our Archives
get the latest updates from
Anxious Bench
and the Patheos
Evangelical
Channel
POPULAR AT PATHEOS Evangelical
1