Another Piece on Albania

If the invasion of Ukraine at the instigation of a former KGB agent were not enough to focus the mind on the legacy of the Soviet Union, 2022 also marks the one-hundredth anniversary of Lenin’s infamous secret memo to the Politburo, expanding the Revolution to include butchering Orthodox priests. Thus began an age of brutal religious persecution wrought by secularist states. By the estimation of leading religious demographers, over thirty million Christians perished under atheist regimes in the twentieth century. Tell this to friends who might insouciantly associate “secularism” with deliverance from religious violence. Tell this, too, to American history teachers, who rightly cover the horrors of Nazism and slavery, but often have far less to say about the Communist tragedy.

While the Soviet Union and Communist China account for most lives lost in raw numbers, nowhere was the logic of Marxism-Leninism vis-à-vis religion pursued more ruthlessly than in little Albania, especially under the dictator Enver Hoxha (r. 1944-1985). His one-party regime went so far as to criminalize religious belief in 1967, making Albania “the first atheist country in the world.” The government crowed about the achievement.

The People’s Republic of Albania

All this was on my mind as my driver and I wound our way up mountainous dirt roads in Albania’s remote north in search of Spaç prison. An abandoned, crumbling edifice, on which once-confident propaganda posters have proven no match for weather and time, Spaç was one of several work prisons established by Albania’s Communist regime to extract labor (and often life) from the state’s long list of political enemies. The buildings’ ruins, and the embittered ghosts haunting them, provide a bracing glimpse into Albania today, lodged between an uncertain future and a dark, difficult past.

Albania’s history is complex and strife-torn at almost every step. Pacified by Romans and then early Christian missionaries, the fierce tribes of ancient Illyricum became devout Christians, sending bishops to early church councils. This is the land of Saint Jerome and Mother Teresa, who is still an Albanian national icon.

When the Roman Empire divided in the fourth century, the Albanian church remained under Rome, while politically it reported to the new capital in Constantinople. After the church schism of 1054, its northern parts stood with Rome, while the south tilted toward the Byzantine East. Franciscans established a brotherhood in Albania in the 1200s and, rebounding from harsh persecution under Communism, remain active there today, as I gathered from a conversation with a friar in Tirana who, revealingly, refused to utter Enver Hoxha’s name.

With the rise of the Ottoman Empire in the Balkans, a new faith presented itself: the dominant Sunni Islamic belief system foremost, but also several Shia-oriented Sufi dervish orders, led by the Bektashis, who today make their international headquarters in Tirana.

As the Nazi bid for European mastery unraveled in 1944, the National Liberation Movement, led by the Communist Party Secretary Hoxha, seized power in Albania. The son of an imam, Hoxha studied in France as a young man and was smitten by eighteenth-century philosophes and historical materialism. He became a diehard Marxist-Leninist and a rapt admirer of Josef Stalin. Dispatching rivals with aplomb and breaking with nearby Yugoslavia in 1948, Hoxha and his allies turned the “People’s Republic of Albania” into one of the most isolated and ruthless one-party states in the Soviet bloc, imitating Stalin’s efforts of industrialization, collectivization, and de-kulakization–the unapologetic liquidation of propertied classes. When Nikita Khrushchev distanced himself from Stalin’s legacy in the 1950s, Hoxha demurred, breaking ties with the Soviet Union and seeking a new patron in Mao Zedong’s China. Then when Deng Xiaoping criticized Mao’s legacy in the late 1970s, Hoxha proclaimed “national self-reliance,” leading Albania into a rabbit hole of isolation, paranoia, and poverty.

This article originally appeared in Law & Liberty. You may read the rest of it here 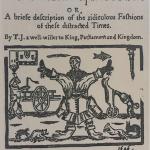 August 9, 2022 I'm Sorry, But You've Been Canceled
Recent Comments
0 | Leave a Comment
"Very interesting topic! I hope students follow your advice! I have been amused by Catholic ..."
Roger McKinney A Forgotten Hatred: Why Don’t We ..."
""Said even more strongly, the assumption is that if one thinks that the Gospel is ..."
Chaplain Blake Liberation Theology for White People: The ..."
"Please show us where liberation theology has liberated anyone. On the other hand, slightly freer ..."
Roger McKinney Liberation Theology for White People: The ..."
"Racism is a denial of Christ on every level. But I don't see "... institutions ..."
Roger McKinney Listening to George Kelsey: Racism as ..."
Browse Our Archives
Related posts from Anxious Bench

Evangelical
What if the Nones Really Do Herald the...
Anxious Bench