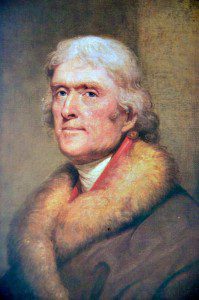 There has been a lot of fuss lately about the beliefs of Thomas Jefferson and his understanding of the relationship between religion and the public life.   Most of the fuss has been focused on David Barton’s new book, The Jefferson Lies: Exposing the Myth’s You’ve Always Believed About Thomas Jefferson.  I must confess that I have not read Barton’s book (I would like to). But I did see him last week on the Daily Show with Jon Stewart and have… Read more

I just published a review in Books and Culture on the odd sounding topic of the Fear of Food, which is in fact the title of an excellent new book by Harvey Levenstein. Levenstein is a distinguished historian of food and eating, author of such books as Revolution at the Table: The Transformation of the American Diet and Paradox of Plenty: A Social History of Eating in Modern America. In Fear of Food, he looks at the various waves of… Read more 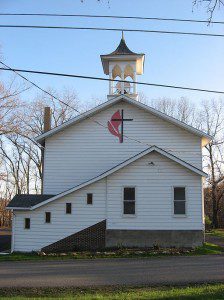 After a week of vitriolic debates and parliamentary wrangling, the United Methodist Church has concluded its quadrennial General Conference. In the lead story coming out of the meeting, delegates voted to maintain the denomination’s traditional stance on human sexuality, which holds that homosexual acts are “incompatible with Christian teaching.” That vote was keyed by the presence of theologically and socially conservative delegates from outside the United States, especially from sub-Saharan Africa, where Methodism is thriving. African delegates represented about 30% of attendees…. Read more

WHY THE FUTURE LOOKS GREEDY

Do you remember Gordon Gecko in the original film of Wall Street proclaiming that Greed is Good? Unwittingly, he may have been formulating a wonderful law about how religions rise and fall, and I’m not referring to the materialism of Prosperity churches. Worldwide, the churches that succeed and boom, that win and retain members, tend to be the “greedy groups” – greedy above all for your time and commitment. They don’t leave you alone for long, and in consequence, you… Read more 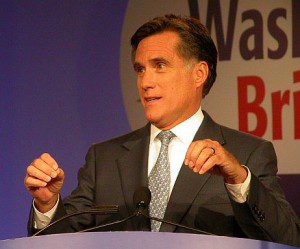 The Republican Party has an evangelical problem. My very simplistic theory of American presidential politics over the past half-century is that when Republican nominees have the overwhelming support of evangelical Christians, they win. See Richard Nixon, 1968 and 1972; Ronald Reagan, 1980 and 1984; and George W. Bush, 2000 and 2004. Particularly in the 1980, 2000, and 2004 elections, evangelical backing was crucial, if not decisive. Mitt Romney at the 2007 Values Voters conference (courtesy of c.berlet/publiceye.org) One could probably… Read more

In a recent New York Times column titled “Divided by God,” and more generally in his book Bad Religion, Ross Douthat laments the disappearance of the 1950s-era mainline Protestant/Roman Catholic establishment, a Christian center that once “helped bind a vast and teeming nation together.” Now, according to Douthat, we have become a “nation of heretics…in which most people still associate themselves with Christianity but revise its doctrines as they see fit, and nobody can agree on even the most basic definitions of what Christian faith should… Read more

What Happens in the Lord's Supper...
Euangelion
Browse Our Archives
TRENDING AT PATHEOS Evangelical

On An “Essential Truth” in a Community
University education, financed by debt, without a coherent center, has lost the unified vision...
view all Evangelical blogs
Copyright 2008-2017, Patheos. All rights reserved.