Do Catholics Worship the Same God as the Americans & Judge Scalia?

I hope Scalia, il Magnifico, lives to be a hundred and ten, and dies on the bench, fighting.

These words from a libertarian Eastern Orthodox blogger from the Bayou State greeted me one morning after I fired up my computer. I wasn’t ready for so much hyperbole before my morning coffee. However, I generally force myself to appreciate opportunities to think about things I wouldn’t otherwise dream up.

These words fell heavily and copiously like the water from a Russian Orthodox priest’s aspergil too often falls upon military planes, trains, and automobiles.

What occasioned this deifying downpour? A speech by Judge Antonin Scalia in Louisiana that the Times Picayune summarized thus:

The Constitution’s First Amendment protects the free practice of religion and forbids the government from playing favorites among the various sects, Scalia said, but that doesn’t mean the government can’t favor religion over nonreligion.

That was never the case historically, he said. It didn’t become the law of the land until the 60s, Scalia said, when he said activist judges attempted to resolve the question of government support of religion by imposing their own abstract rule rather than simply observing common practice.

If people want strict prohibition against government endorsement of religion, let them vote on it, he said. “Don’t cram it down the throats of an American people that has always honored God on the pretext that the Constitution requires it.”

Citing a quotation attributed to former French President Charles de Gaulle, Scalia said “‘God takes care of little children, drunkards and the United States of America.'” Scalia then added, “I think that’s true. God has been very good to us. One of the reasons God has been good to us is that we have done him honor.”

This is a historically myopic view of how religious works in the United States. Sehat’s The Myth of American Religious Freedom documents how the Protestant Mainline long used religious freedom to promote their brand of religion against Catholics. The above sentiments and Justice Scalia’s scandalous no-show at the pope’s speech to Congress seems to suggest he has internalized their hatred of Catholicism all too well. But I digress from the main question . . .

Much, too much, has been said, especially after the Pope-inspired Wheaton fiasco, about whether Christians worship the same God as Muslims–even though Islam’s picture of God, like Judaism, lacks the explicit articulation of fundamental Christian beliefs in the Trinity, divinity of Jesus, and so on.

It’s obvious that they worship the same God and anybody who tells you otherwise is probably an Arian heretic. Granted, Arianism is one of the oldest heresies around, so they’ll have something like tradition on your side (or against it).

Now, does a god who smiles upon and is very good/nice to a people who do him honor resemble the God of the Bible?

The importance of bestowing the name “Israel” on the church is that it precludes any use of that name in reference to a nation, as in the national mythos where America is understood as “the New Israel.” In so doing, it also rejects the idea that a nation-state is peculiarly “a nation under God.” Rather the church itself, like Israel in the Bible, is a nation, that is, a people with a common history and destiny, identity and mission; and yet at the same time, the church is, again like Israel, set apart as a light to the nations. In a time of war, therefore, the challenge of Christians, scattered among the nations of the world, is to live as the one body of Christ and to pledge their allegiance not to one nation under God, but to one church under God.

In other words, Scalia’s nationalist god is an idol, not the Christian God.

You might say that in a pluralistic country like the United States we have no choice but to accept such watered-down idols in order to be free to worship the One True God. But such Migrations of the Holy, as the title of William T. Cavanaugh’s book I cite below calls them, have a price, a very steep price:

The deepest theological danger inherent in American exceptionalism, then, is that of the messiah nation that does not simply seek to follow God’s will, but acts as a kind of substitute god on the state of history. When the concept of chosenness becomes unmoored from the biblical narrative, the danger is that the nation will not only be substitute church but substitute god. When the shrine is emptied of the biblical God and replaced with the generic principle of transcendence, the danger is that we will not come to worship God but will worship our freedom to worship God. The empty shrine is surreptitiously filled. Our freedom itself becomes an idol, the one thing we will kill and die for.

Yes, what if, as some Americans like to say, “Freedom isn’t free?”

In the end, the cost of discipleship is going to be high, whether you end up serving the Prince of Peace in the Ecclesia Militans, or the American military and America’s ruling markets.

Even if you’re a First World Magi the choice to worship the God in the manger–who is one of the rejected of this earth–this year, as in any other year, is yours.

May you choose well.

Or, maybe the choice isn’t yours, and you’ve been chosen instead?

By the way, I used a video from a Protestant like Hauerwas, because he is much more Catholic than Scalia in his theology and agnosticism toward the American Civic Religion.

You might also want to see Stanley Hauerwas’s realistic theological vision of the American god (a veritable “Stripping of the Baaltars“), or Terry Eagelton’s crushing of atheist pies in the sky in his exploration of the Gospel’s paradoxically demanding and ruthless God of the weak. 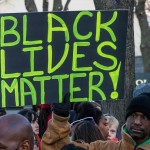 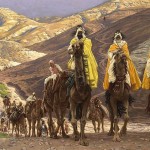 January 6, 2016 Edith Stein and the Assassination of God's Epiphany
Recent Comments
0 | Leave a Comment
Browse Our Archives
Related posts from Cosmos The In Lost