Why Yes, The Vatican Museums Are Actually Taking Donations of Blood Money

Patheos Explore the world's faith through different perspectives on religion and spirituality! Patheos has the views of the prevalent religions and spiritualities of the world.
The blood shed on Good Friday today coagulates into the passivity of Holy Saturday.

Western Civilization’s fascination with blood goes down deep. We are surrounded by blood metaphors even behind our bloodless laptops, because the metaphor touches the source of our lives. 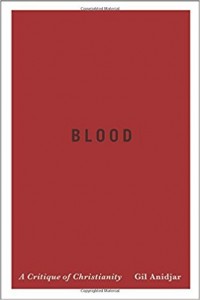 Now Christ has come, as the high priest of all the blessings which were to come. He has passed through the greater, the more perfect tent, which is better than the one made by men’s hands because it is not of this created order; and he has entered the sanctuary once and for all, taking with him not the blood of goats and bull calves, but his own blood, having won an eternal redemption for us. The blood of goats and bulls and the ashes of a heifer are sprinkled on those who have incurred defilement and they restore the holiness of their outward lives; how much more effectively the blood of Christ, who offered himself as the perfect sacrifice to God through the eternal Spirit, can purify our inner self from dead actions so that we do our service to the living God.

If you fast-forward from the 4th century to the 21st century then you’ll notice that the first track on Kendrick Lamar’s theologically-soaked Good Friday release, DAMN., has “BLOOD” as its first track. The main plot of the show Stranger Things also revolved around fears and hopes related to blood.

Westerners typically think of Islam as a blood-sacrifice culture, but that might only be part of the story. Derrida’s student Gil Anidjar attempts to turn this commonplace around in order criticize the West in his Blood: A Critique of Christianity.

For our purposes we’ll instead turn to a non-polemical account of Temple blood-offerings as recounted by Margaret Barker in The Gate of Heaven: History and Symbolism of the Temple in Jerusalem:

The whole burnt offering was a male animal without blemish; it could be a bull, a ram or a goat, or, for the poor, two turtle doves or pigeons. The offerer put his hand on the head of the animal and then killed it himself. The blood was taken by the priests and splashed onto the four sides of the altar. The offerer skinned the animal and cut it in pieces. The skin was given to the priests (Lev. 7.8), and the income from this leather was considerable: ‘[The Law] ordains that the priests who minister at the holy sacrifices should receive the hides of the whole burnt offerings, the number of which is incalculable, and this is no small gift, but represents a very large sum of money’ (Philo, Special Laws, 1.151). The legs and entrails were washed, and then the whole was burnt on the altar by the priest. This ritual effected ‘atonement’ (Lev. 1.4), but we do not know how this was understood. Some scholars say that the laying on of hands was a sign that guilt had been transferred to the animal, i.e. it was a substitute; others favour the idea that it established contact with God; others that it was an assertion that this was the offerer’s gift, and that he should receive any benefits. Since the animal had to be pure it is unlikely that the laying on of hands was thought to transfer guilt as this would have made the animal unfit. The scapegoat offered on the Day of Atonement was loaded with the sins of Israel, and this made it unfit for sacrifice; it was driven out into the desert. What is known is that blood was believed to be life (Lev. 17.14), and that the offering was therefore not of the death of the animal but its life. This must affect our understanding of the New Testament.

Thus, this is how blood was a conduite with the divine for the First Temple, and the Jewish Christian tradition borrowed heavily from this tradition.

According to the CNA, the Vatican Musems are also making their own publicity splash by tapping into the life-giving tributaries of this ancient bloody tradition: 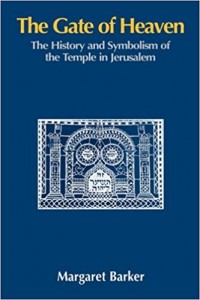 “Without blood, there is no life. Without art, life would be empty and sad,” said Barbara Jatta, director of the Vatican Museums.

The initiative is the product of a partnership between Rome’s Gemelli University Hospital and the blood donor group “Francesco Olgiati,” in collaboration with the Vatican Museums.

Seeking to encourage the donation of blood, which can be life-saving for patients who need transfusions, the agreement allows people who donate blood to receive a voucher, which is valid for entrance into the Vatican Museums without waiting in line. The vouchers, which are worth 4 euro each, must be used by the end of 2017.

Gemelli University Hospital distributes more than 17,000 units of blood and blood components, which are used in treating patients with a variety of conditions.

Such initiatives, Jatta said, allow the Vatican Museums to be “a living cultural institution, an integral part of the social fabric…just as Pope Francis has hoped.”

I love that the Italians are oblivious to, or just don’t care about, the negative press generated by stories about the Vatican taking what technically might be called blood money (donate blood → get vouchers → Vatican Museums) in exchange for museum admissions.

I think it is a wonderful way of taking the call from Pope Francis to demonstrate how everything is interconnected, in communion. However, the most important lesson is that sacrifice is the giving of life, rather than the wanton destruction of the accursed share.

Make sure you read Holy Saturday: Death as an Object of Faith today.

Please make a donation to this blog through the button on the upper right side of this page in order to help keep it going.

April 16, 2017 Liberal Theologian's Lenient Easter Sermon Makes a Mockery of Lent
Recent Comments
0 | Leave a Comment
Browse Our Archives
get the latest from
Cosmos The In Lost
Sign up for our newsletter
POPULAR AT PATHEOS Catholic
1