The Problem of Animal Pain — Questions from M 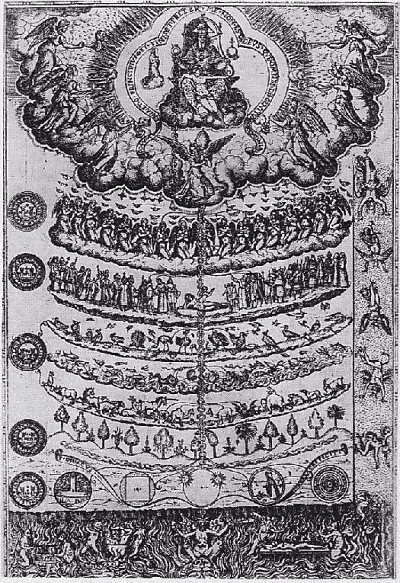 Angels above us and animals beneath us, the planet Earth is full of souls, with people in the middle. Just as even fallen angels deserve respect for what they were, so animals deserve help being what they are and becoming what they might be. One reason I love CS Lewis’ Space Trilogy is that all three books show how man and animals might live together in harmony. There is a great chain of being starting from material being and culminating in the pure being of God.

Christians have never “muzzled the ox that treads the grain” and have led the fight against animal cruelty and vivisection over all the world. Until recent times in the West of the world, if you met a person in love with animals, and opposed to mistreating the “dumb beasts,” then you knew that person was a Christian. We now have a more lunatic fringe fighting for “animal rights.”

Humans are, of course, animals. We are not only animals, but animals we are. Pretending, however, that we are very unlike other animals (even if that is hard to define) is equally foolish. We denigrate ourselves and do not elevate animals when we pretend that animals make art, speak, or create machines. Still, vivisection is wrong, cruelty to animals (even if it produces profit) is wrong, and we are called to love the beasts.

One need not be a liberal to wonder about the ethics of factory farms, just a Christian. One reason I hope that young earth creationism is true is that it would minimize animal pain. Nobody should want to hurt an animal unless necessary!

My summer gracious interlocutor M* asks this question, one I wish more Christians would ask:

52. God orders the entire slaughter of certain people groups, including even their animals. Why do you think those animals had to be put to death?  Even if they had been used in pagan rituals or something, couldn’t God have ordered them re-consecrated?

Here is a truth: It makes me sad that many Christians have forgotten their own heritage in protecting animals and so will not understand why this question matters. It does. Animals know pain. They cannot learn from that pain. They are not eternal beings, at least they are not in themselves.

Who was there? Not people who see feeling creatures, but people who saw only wealth on the hoof. If the animals had been “saved,” it would have been for greed and not goodness. To me, in my urban life, a cow is not wealth, but a nuisance. I love eating beef, but have distanced myself from the animal that provides it.

One time when I was helping to slaughter a beast for food, I saw how one could honor an animal and still use it for food. The family served the animal and then the animal returned the life they had given it. This was bittersweet, but it was the circle of life and was good.

To take a city and then assume the beasts, animals given to false gods, as wealth is different. Animals are not wealth. They are lesser beings to cherish and to love. We might (unlike humans) use them for transportation, work, or even food, but they are not mere gold. Animals are alive and yet not human. We make them what they are, the way a man makes a dog a monster when it might have been a loyal friend.

And so the children of Israel came to a society where the beasts had been made part of the wickedness. They were not money, but twisted brutes. They had been given the spirit of the city, the unjust, twisted city, in which they lived. The children of Israel might have saved them if they had only been objects, but they were animals. They were not mere wealth. They could only see what had been done to them: animals made creatures of injustice.

As a result, these animals had to die.

What else could be done?

No person should care for an animal without thinking. First, we must think: am I making this life better? Am I caring for this soul so that it grasps a reflection of the image of God in me or am I using this living being?

In the story of Scripture the people of Canaan had corrupted the beasts, God help them, and so they had to die. Better to die than to live as a lie: property on the hoof.

July 5, 2017
How Love Covers a Multitude of Sins -- Questions from M
Next Post

July 7, 2017 Sweet Water: Cold and Sweet
Browse Our Archives
get the latest updates from
Eidos
and the Patheos
Evangelical
Channel
POPULAR AT PATHEOS Evangelical
1