How Love Covers a Multitude of Sins — Questions from M 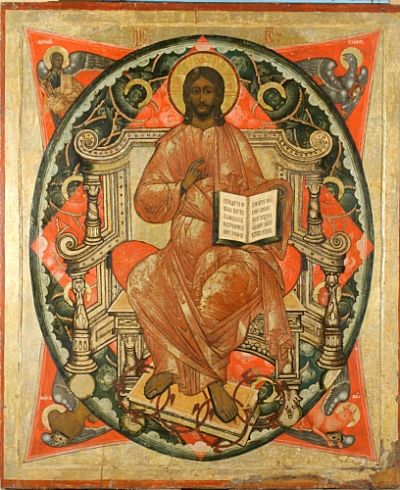 Plato loved a good time. If he made a mistake in his writing, it was assuming all men are too concerned with physical pleasures. Many are, but some are not and those who were not used his prophetic extremes to reject all physical pleasures. It’s impossible to imagine Plato, a man of his world, going that far, but bad students will always take hyperbole as commandment.

No statement is so clear that people will not pervert it.

How could Jesus have been plainer? We are to love everyone. We are to do to others as we would have them do to us. He was so plain, so in favor of the weak and the powerless, that the powerful killed him.

But I tell you love your enemies.

Do unto others as you would have others do unto you.

This eliminates a multitude of vices and should undermine social sins, some of which we cannot even imagine. This is a good approach since nobody could make an exhaustive list of the injustices people will imagine.

If you suggest people should not kill other people for fun, they will think you want them to kill people for other reasons.  Jesus’ statements echo the teachings of Moses and the prophets of the Old Testament and no culture that takes them seriously can rest with injustice.

Some future civilization of Christians will imagine a new way to oppress the poor and not do their duty to them, but the words of Jesus will haunt them. Are you doing unto the poor what you would have done to you in their position?

Jesus has in two statements eliminated all loopholes, all the new variations on old cruelties.

That is why I am (a bit) confused by this question from M*:

51. Can you think of any good reason that God never commands people: 1) not to own other human beings permanently and 2) not to have sex with someone against their will?

Didn’t Jesus do that?

Let’s look at slavery. I hate slavery. We should all hate slavery, but a fact should bring sorrow to every human: slavery is not the worst thing people have dreamed up to do to each other. In fact, in many cultures, a “freeman” could easily be worse off than a slave. Slavery was very evil, but society was so decadent, so unjust, that immediate emancipation would be have been worse!

Imagine a slave owner told he must emancipate his slaves. You know how people are: he would begin with the old, those whose work was worth less than their care. He would send them off to the provinces to work the land, though they had been raised to live in cities and do non-physical work.

Immediate emancipation of economic slavery was best done gradually and in better social circumstances. The Words of Jesus (and Paul’s later directive to treat a slave as a sibling) undercut the economics of slavery. In every Christian land, slavery died away. If it lingered in a new evil form in the American South, this was because 1/3 of the white Christian population developed a weird and peculiar set of ideas about African people. Two-thirds of Christians in America saw His Truth was marching on and ended the practice with the help of the millions of enslaved Christian African Americans.

Race-based slavery did not exist in the ancient world, so it would have been odd for the Bible to address it directly. Instead, the ethics of Jesus (based on the Old Testament) undercut the very possibility, as most Christians saw. There was a reason the South could find no European allies in our Civil War. No Christian nation wanted to send men to die for race-based slavery: it was our peculiar sin.

As for having sex with someone against their will, the sexual ethic of the Jewish faith was (as Jesus pointed out) based in a man and woman leaving their parents and eternally cleaving to one other. Sex was reserved for this union.  In fact, the movement of all Christian ethics has been toward the gift of chastity, a channeling of sexual desire in other directions for the good of humankind. Sex is not evil in itself, but rape always has been condemned and it is the work of the church to help restrain desire.

Men, stronger physically, hated the truth and it took centuries to apply the general teachings of Genesis: women and men are equally human, both part of the image of God. After all, humankind thought might meant right—the “winning” god was the best god. God took centuries to help people learn that short-term winning was not the basis of right. Right must produce might!

No matter how often the Jewish leaders and later the church tried to stop this rathole the powerful still tried to find ways to justify sex without consent. It always failed, because rape has always been condemned and chastity, even in marriage, has always been the goal.

It seems to me that Jesus eliminated every evil as dead by His two commands. A longer list would not have helped us.

July 6, 2017 The Problem of Animal Pain --- Questions from M
Browse Our Archives
Related posts from Eidos

Impressions of the Impressionists--- Part Two
Gauguin's work certainly stands out from the work of others in the...
view all Evangelical blogs