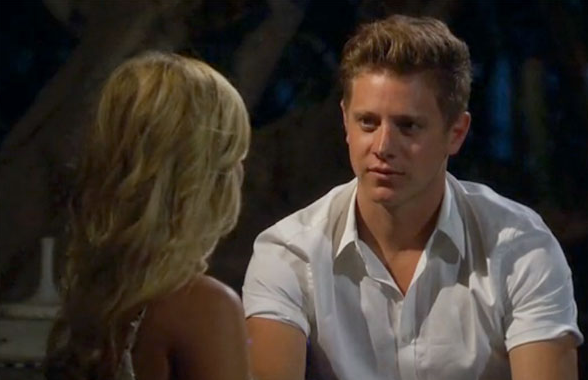 In 2006, my husband and I created Evangelicals for Mitt in an effort to unite evangelical and Mormon support of the best candidate for President in 2012. Now, in 2012, evangelicals have united behind Mitt Romney like no one thought possible.  This means, of course, it’s time to turn our attention to much more important decision.

With only two people left and a looming deadline, whom will Emily select in tonight’s season finale?

Jef has already said he is no longer a “practicing Mormon” though he attends church regularly.  Since Emily has said that her evangelical Christian faith is important to her, will is-he-or-isn’t-he-a-Mormon-Jef be eliminated due to religious differences?

According to the L.A. Times, Emily and Jef had a conversation on the show about their respective faiths:

So why didn’t we see the faith conversation take place?

“Faith is a huge part of my life, and there’s no way I could fall in love and potentially get engaged without having that conversation. He was very open and honest about everything.”

Though this is all very ambiguous faith talk, it seems that Jef and Emily and more aligned in their values.

No word from Charles Mitchell on his preference, but we have heard from David.

July 22, 2012 Why Doesn’t Emily Propose on The Bachelorette, Instead of the Other Way Around?
Recent Comments
0 | Leave a Comment
"and what makes this even better is that the two girls are sisters http://www.huffingtonpost.c..."
d Black activists cried "racism" over this ..."
"It's heart wrenching to hear about this. Our country is getting more vile and depraved ..."
BlackSun Syndicate Target proudly welcomes men to use ..."
"a wolf dressed as a sheep is still a wolf - if u have a ..."
Aussie In Austin Target proudly welcomes men to use ..."
"I am picturing a little turd in pajamas sipping coffee."
Cantbelieveyouthinkthis Los Angeles Craigslist ad somehow captures ..."
Browse Our Archives
get the latest from
Politics Red
Sign up for our newsletter
POPULAR AT PATHEOS Politics Red
1