I Already Answered Trump’s Question about Statues of Slave Owners

In a press conference today Trump posed the following questions:

You do not ask questions like this in a press conference. These are questions you find answers to before you go into a press conference. It just so happens that these questions do in fact have answers. In a strange twist of fate, I answered these exact questions myself in a blog post back in May. In that post, I was responding to an article in which slavery-apologist Doug Wilson posed the same questions. Here is an excerpt:

To answer his objection, we need to ask why some communities have taken action to remove statues of Robert E. Lee and other Confederate heroes. The answer is not because they owned slaves. Wilson is correct that if that were the answer, we would need to take down statues of George Washington and Thomas Jefferson as well. He errs, however, in his unsourced claim that the statues slated for removal are being removed simply because the individuals depict owned slaves.

There are two distinctions to be drawn here. First, Lee is best known for leading an armed rebellion against his country in defense of the institution of slavery. There is a difference between slaveowners who played leading roles in the American Revolution, which was not about slavery, and slaveowners who played leading roles in the Civil War, a conflict begun expressly and solely to preserve slavery.

Second, the Confederate statues in question were not erected solely to commemorate individuals who played a significant role in our history, but rather to celebrate, commemorate, and prolong white supremacy. People don’t usually put up statues of Washington to celebrate his keeping of human chattel, but statues of Lee have typically been erected to celebrate his role in attempting to preserve slavery.

Asking these questions rhetorically, in a press conference, is the height of irresponsibility. If you don’t understand something, you find someone who does and ask them to explain it. You may disagree with their argument, or you may need to ask follow-up questions before you understand, but in posing such questions as though they have no answers—all the while making it clear that he’d never tried to find the answers—Trump offered legitimacy to literal Nazis and open white supremacists.

If you want to push back, read my earlier post and share it on social media, or with friends or others who have posed the same questions.

It’s long past time to combat misinformation with information. 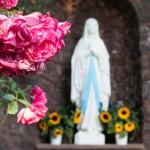 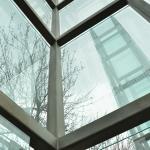 August 16, 2017 On the Vandalism at the Boston Holocaust Memorial
Recent Comments
0 | Leave a Comment
Browse Our Archives
Related posts from Love, Joy, Feminism