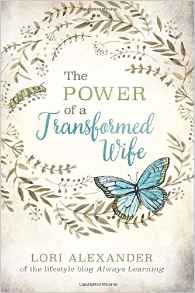 Lucky chapter 13 today on a Friday. The title is ‘How Are You Dressing?’ and it’s all about modesty. A pile of shaming and blaming and defrauding, oh my! Tighten up your yoga pants.

Thankfully this is a very short chapter, even if it’s rather disjointed and filled with shaming.

The author starts off by discussing what others and other churches believe about what a Godly woman should wear. Alright, I’ll give her bonus points for at least acknowledging that there are differences in what people believe is appropriate. She says that many take their advice from the Old Testament, but that is wrong too because we’re no longer obligated to follow anything in the Mosaic Law.

Interesting considering later in the chapter she describes her own idea of appropriate swim wear and it’s something that would have definitely have gotten her in major trouble at my old church.

The issue of what is ‘proper’ dress is still something poisonous that religion has foisted upon us to the point where women still dress for reasons completely unrelated to their own comfort and needs. Last night I was talking to a young friend who does presentations at a university. She was talking about getting home just so she could kick off her high heels. I suggested flats instead for work and she told me, oh no, high heels look more professional. They don’t, but the screwed up ideas in our world based on old religious ideas run deep.

Lori claims that the most important things about how you dress are what your husband thinks and making sure it’s not what men wear.

So, as Christians who live under the New Covenant, we have liberty to find out from godly older women, and especially our husbands, what modesty should look like for us. Women should dress like women and be feminine.

‘should be easily and clearly discernable.’(sic)

I think it’s pretty safe to say that men and women wearing the exact same thing are pretty discernible as different sexes most of the time. This rule is really unnecessary.

This is all followed with a discussion of Timothy’s words on modesty, which Lori thinks means not dressing in an alluring or sexual manner. Here’s a list of her do nots before we wade into the yoga pants discussion that takes up way too much room in this chapter. Some are repeats if you notice.

Modesty is an act of obedience to the Lord and an act of kindness to men by helping them reign in their natural impulse to take long looks—which can lead to inappropriate thoughts.

And we’re there, one of the most damning and damaging ideas in many branches of Christianity. Men are animal in nature and cannot control their impulses for sex. This reduces men to fully less than human, uncontrollable beasts that must copulate with every stray female that hints at the secondary sexual features of their bodies. Women being responsible for the sexual behavior of men.

The sad part of all this blaming and shaming of random women chapter is that there are those that she is going to throw shade at regardless because they will always be judged ‘immodest’ just by the shapes of their body, which they cannot help. Having large breasts in the more fundamentalist circles of Evangelicalism seems to automatically doom you to unhelpful advice and judgment that you are immodest even if you are wearing a blouse cut like a proverbial potato sack.

Lori heads into yoga pants shaming. It’s the major part of this chapter. We all know how nutty she is about yoga pants from her blog. She had this to say about them.

While comfortable as well as practical, tight fitting yoga pants shape the derriere in ways that are like a push-up bra for your bottom. Skin tight in every way, I can assure you that yoga pants push the imagination buttons of most men everything….can trigger lustful thoughts.

Reading this I have to take it that Lori has not ever been in a Wal-Mart lately? She’d see many yoga pants wearers that would tend to do the opposite to male libidos. Erection melters. Not everyone looks like a shapely porn star when they don yoga pants. She admits that yoga pants are comfortable and practical, but instead of saying that if you chose to wear them you should think about pairing them with a long top or tunic she demonizes those innocent pants altogether. Plus her saying that yoga pants are the butt’s push-up bra? Nope, it’s only the high end pants that have lifting and separating features like a push-up bra, not the cheap ones most people wear.

Any honest man will tell you that lusting happens anytime he sees something that starts his motor running…Wearing yoga pants creates a strong attraction for man to look at a woman’s body in a way that triggers lustful thoughts.

One of the unintended things that has happened to me as a result of reading this book is that it has sparked some interesting, and sometimes funny, discussions between my husband and I. This morning as I was reading him the sections where Lori repeatedly says that all men lust over all bottoms and breasts he smiled and said, ‘Well, it really depends on who is inside that clothing…’

Not ALL men struggle to control their boners EVERY time they see a spandex-clad rear end, no matter what Lori or other cultural enforcers think. Men are always portrayed in this religion as weak beasts that must be coddled. Not very manly.

So how did Lori come up with her hatred of all things yoga pants/leggings related? Via her husband Ken.

Back in the 80’s, I wore black leggings when they first came into style, but then Ken asked me not to wear them unless I wore a long shirt over them, citing the reasons I’ve just explained.

These things must give Ken a boner.

Lori goes on to talk about not being a stumbling block to men by the way you dress. Typical for this book she keeps circling back to the same theme again and again, beating that dead horse with different implements until my eyes get stuck from rolling repeatedly. Then she goes on to explain why ungodly women wear what they wear.

It is at least understandable when non-Christian woman (again sic!) dress provocatively. They are following the norms of our society that teaches and promotes promiscious (more sic) behavior.

I think the word that Lori is awkwardly grappling for is ‘Promiscuous’ Here’s the thing about judging people by their propensity to follow whatever is ‘fashionable’ in their culture. It does not mean that their motives for wearing those things you find objectionable are related to sex. During our recent trip to Costa Rica we saw several women wearing topless swimwear and both men and women in various skimpy swimsuits. Asked a friend about the topless ladies and was told that while nudity on the beach is forbidden there that it is rarely enforced. Why? Because the ones running around topless were European and it was apparently customary to go topless where they were from. No one on the beach openly stared or drooled, no discernible boners were popped and no one hassled them. Imagine that, tolerance for someone with different customs?

Which leads us into the last bit, Lori goes almost into full on rants about bikinis. She goes on to claim that no version of the bikini is ever modest, followed by stories of girls in thongs that Ken has had to avoid on the beach where they live. But then she admits to wearing what I would call the modesty version of the bikini — board shorts and a tankini top — the same thing I used to wear to surf that would have gotten me tossed from my old church and church worship team. Still a bikini in a way. Semantics.

The majority of men will not lust after women wearing garbage bags.

Oh yes they will! If they’ve been brought up to think of women’s bodies as mysterious and sinful that garbage bag is not going to stop them.

I leave you with this, Lori’s thoughts on those young gals tempting Ken with their thong-tha-thong-thong-thongs.

Turning men on has to be a ego thing for them. They like showing off their sexy bodies because they feel pride knowing men are looking at them….men aren’t looking at them with love or respect.

Here’s the thing about what women wear, the real rule of what’s appropriate. Whatever they like, feel comfortable in and does not break the law. That’s it. Pretty simple. She has no say in what is right or wrong on someone else’s body ever.

Next week is discussing family finance. I cannot wait to be finished with this book!