Kiddie Witchcraft: Witchy Things We Did As Kids

Witchcraft is a natural part of being a kid!  You probably dabbled and may not have even known it.  If you ever played these games, you’ve practiced kiddie witchcraft.

Light as a Feather, Stiff as a Board

This magical act uses an intention, chanting, and manipulation of energy to make someone lighter than they actually are.  After several people chant and hold out their hands over a prone person, the person can easily be lifted high into the air.  If you’ve never done this before, I highly suggest you experience it for yourself.

Have you ever chanted Bloody Mary thirteen times while turning around, and then looked into a dark mirror?  Chances are you saw something otherworldly.  When I did it as a child, I definitely saw something scary in the mirror behind me.

This kiddie witchcraft uses chanting, a trance state, summoning a spirit, and seeing with the third eye.  It’s not the best game for kids though, as it has the potential to summon all kinds of creatures.  However, I’m willing to bet this  game isn’t likely to go away any time soon.

What’s witchier than making a secret wish and pulling on a slimy bone with someone else until it breaks?  This Thanksgiving tradition is one usually given to the kids to occupy their time.  It uses the powers of will, intention, and luck.

Whether you used daisy petals or a MASH sheet (Mansion Apartment Shack House), you probably did some kiddie divination.  Divination is all about letting go of preconceived notions and letting the universe answer your question through some random act.  This uses the power of intuition and possibly psychic powers too.

I’m guessing everyone has made a wish upon a fluffy dandelion head.  They’ve also probably made a wish and blown out birthday cake candles.  Wishing and blowing the energy out into the world is a very witchy practice.  Air is considered by many people to be the most active sign of them all, and it’s a natural carrier and disperser.  This kiddie witchcraft uses intentions, will, and elemental magic.

There’s a widespread legend of a fairy visiting you at night and trading a tooth that fell out to give you a coin or money.  It’s many people’s first introductions to the fair folk, even if it’s just a parent who switches out the tooth.  Nonetheless, it creates a world of wonder for kids who believe in this benevolent being.  The magic here is belief in the otherworld.

Once a year, you were encouraged to transform into someone or something else.  You could be nearly anything!  Best of all, it was a day when you could roar like a lion or feel like another person, perhaps one with special powers.  This holiday uses the glamor magic, will, and embodiment of powerful creatures or people.

Looking for a 4-leaf clover can feel maddening until you actually find one.  However, I can confirm that they do exist, and if you have a strong enough will, you can summon the sight to find them.  This magic uses will, trance, and a connection with the otherworld.

Looking for the Man in the Moon

This may be a stretch, but it’s possible someone told you to look for the ‘man in the moon.’  There’s supposed to be a face in the moon.  Looking for it can help activate a sense of animism and the otherworld.

Your parents might have called them mud pies, but to you, they were probably something much more special.  You probably used your intuition to add the right ingredients and just the right amount of liquid.  I consider this to be like a Witchcraft 100 level lab course.

When I was a kid, everyone wanted birthstone jewelry.  Little did we know that there are energetic connections to all of the birth months and stones.  People who don’t sense energy wouldn’t be aware of this, but for those who do, it was a boon. After talking with a child recently, I found this trend hasn’t gone away.  This kiddie witchcraft uses gemstone magic and astrology.

Witchcraft really is everywhere, even in children’s games.  I love acknowledging our magical origin stories, and times like these are among everyone’s first glimpses at magic.  Even though we all have different definitions of witchcraft and magic, I feel these are pretty solid because they certainly aren’t from Christianity!

I’m sure I missed some kiddie witchcraft.  Feel free to let me know in the comments. 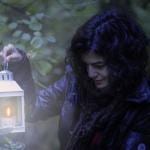 February 5, 2020 The Spiritual Benefits Of Being A Hermit
Recent Comments
2 Comments | Leave a Comment
Browse Our Archives
Related posts from Starlight Witch