Enough already with leadership.  What we need are some good followers.

This is the bottom line of an excellent New York Times piece by Susan Cain, timed tactfully just before this year’s batch of college acceptance letters come due.  Cain’s article opens with a college questionnaire filled out by the father (!) of an applicant to Vassar who described his daughter as “more of a follower than a leader.”  The surprise?  That this admission, in 1934, helped in securing the young woman’s acceptance.  As Cain notes drily, the school explained “that it had enough leaders.”  The kicker is that it this would never happen now.  Not only is that follower language socially inappropriate, but parents would rarely choose anything but the language of the lead for the dearly beloveds whom they hope to launch in the world.

This is a loss, Cain argues; we need team players and people who go their own unusual directions, not just alphas good at making a business pitch or political gambit.  The collateral damage of the current approach is that interesting, talented young people contort themselves into Leaders, sometimes sacrificing exactly the excellence that made them distinctive.    Two things (at least) are lost when every able young person is taught to assume she has to be a leader: some are miscast as authorities minus qualifications, and others have gifts that go unused.  The system promotes these losses, since rewards go to kids who want to be president of fifty clubs, one of Cain’s sources quips, even if they don’t know what they are running for.  They all want to be president.

The author’s claim, that what we need is more followers, is true but a hard sell.  A more serviceable model beyond categories of just “leader” and “follower” alone might come from one of the signal characteristics of American Christianity, the importance of the congregation.  This form is significant in many denominations but is particularly so in one tradition vibrant in New England from early settlement, the Congregationalists.   An ecclesial form that has not lacked for good scholarship and still looms large in American religious history, Congregationalism puts the body of believers above a single leader.  The congregation calls its ministers; the congregation establishes the church.  There are problems with this, like a congregation’s vulnerability to a charismatic head, or to indecision or infighting, but its strengths are evident.  The ecclesial form is not unrelated to the priorities of civil society, as Michael P. Winship suggests in Godly Republicanism: Puritans, Pilgrims, and a City on a Hill.  The book contends that, encouraged by Plymouth Pilgrims, “Massachusetts emerged a republic as they hammered out a vision of popular participation and limited government in church and state.”  That shape of church—and, less directly, of state—presumes that the whole not make too much of “leadership” but cultivate active, knowledgeable, collaborative participants, the kind of followers who act in significant ways for a common weal.

When you excel at something, have something valuable to say, have skills others need, you lead in a manner flowing from that mastery.  To be sure, there are more and less effective ways to inspire and persuade, and skilled people should learn these strategies to present their skills more effectively.   Business advice is replete with tips for doing so.  Take care with hand gestures, for instance, which should be demonstrative but not erratic, since hiding hands or waving them in the air seems less “less believable and less powerful.”  Take care with words, for, as one Inc. writer reminds us, “[e]ffective leadership requires verbal discipline” and “[goes] easy with the superlatives.”  That is, everything can’t be great, the best, so big, and listeners shouldn’t trust you if you say it’s so.

In Cain’s words, “Perhaps the biggest disservice done by the outsize glorification of ‘leadership skills’ is to the practice of leadership itself — it hollows it out, it empties it of meaning.”  She’s right.  Leadership based on experience, wisdom, qualification, can be worth following.  But leadership, just by itself, is bogus.

Christianity certainly has been appropriated by those with desire to command, but at its core is the call from Jesus not first to lead but to follow: come, follow me.  Don’t pant after high posts, like Teacher or Father, but become follower, disciple, servant.

Cain’s article is even better read in tandem with Sam Anderson’s nearly contemporaneous reflection on Mount Rushmore (asking, as surely many have asked, “Why Does Mount Rushmore Exist?”).  After a family trip there, Anderson concludes that the point of the sculpture is not to celebrate a political tradition embodied by those four faces, and not even to celebrate American greatness, but American bigness.

“There is something childish about this fantasy — the way it tends to conflate virtue and size. Why does goodness have to be huge? It is a dangerous belief, and one that inevitably causes stress and confusion when — as it must — it runs up against reality. Inevitably, there will be a shift in scale; the dominant thing (nation, culture, religion, demographic) will begin to shrink. Does it lose its virtue with its dominance? If we truly believe that, then what virtue will we not be willing to sacrifice to make ourselves feel big again?”

The expanse of this country is terrific, its features tremendous.  But we err if we make that exended sphere just an arena for the self-aggrandizement of each.  In our large republic some may be found with “enlightened views and virtuous sentiments” but we should not assume everybody is a leader. Especially in that eighteen-year-old moment of opportunity, willingness to follow might be especially worthwhile.  Anderson’s words could be a warning to colleges touting preference for “the leaders of their generation” and to those who press applicants into that mold: “there is something childish about this fantasy” that “inevitably causes stress and confusion when—as it must—it runs up against reality.” 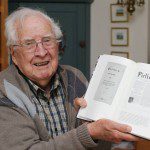 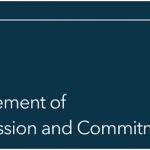 March 28, 2017 Confessing Faculty: A Statement of Confession and Commitment from Christian Professors
Recent Comments
0 | Leave a Comment
"Impressive article. Provides the necessary perspective for entering into an informed discussion about the science/religion ..."
the old scribe Science, Religion, and Nineteenth Century Protestantism
"Very helpful! Thanks! It seems history has always been used as a weapon."
Roger McKinney Science, Religion, and Nineteenth Century Protestantism
"You have done nothing to refute my point. Certainly we should do the affirmative things ..."
NorrinRadd Ron Sider and the Fate of ..."
"When we try to prohibit behavior that many people consider, we simply drive the behavior ..."
Silverwolf13 Ron Sider and the Fate of ..."
Browse Our Archives
Related posts from Anxious Bench