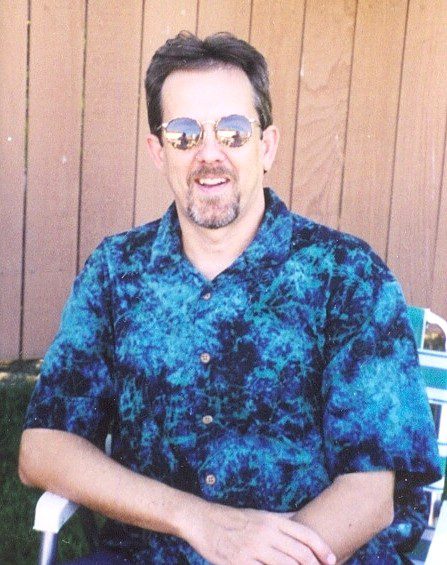 Dave Armstrong: July 2003.
***
[This is an article written for a regular feature of the Catholic apologetics-oriented Envoy Magazine, called “Diplomatic Corps,” which highlights various Catholic apostolates and individuals doing some sort of outreach. It appeared in the spring of 2002, and was uploaded to my website on 26 June 2002.]
* * *

Dave Armstrong’s full-time work as a delivery man cost him several vehicles and took him throughout Oakland County, in southeast Michigan. In November 2001, through no fault of his own, Armstrong lost that job. Most would view such an experience as a setback, but Armstrong (in hindsight) sees it as a blessing. After ten years of doing delivery work, and some 350,000 miles of driving, he finally has the opportunity to devote full-time attention to the work that he has always desired to do – delivering the Word of God.

Even those who do not recognize Armstrong’s name have probably visited at least once his Catholic mega-Internet website, Biblical Evidence for Catholicism. Originally launched in March 1997, the site is well-known among both Catholic and Protestant apologists, garnering an estimated 200,000 or more hits annually.

His is not a regular face on EWTN. He does not give parish talks. He has no audio tapes for sale. Rather, the soft-spoken Armstrong works with persistence, composing essays for his site, and continually dialoguing on the Internet with others of many beliefs, on a one-to-one basis, usually in the “Socratic” back-and-forth style or method of discourse which he has been developing over twenty-one years of Christian apologetic outreach. Many such dialogues can be found on his website.

Armstrong explains that at the age of 10, his Methodist church folded. “We just stopped going to church,” says Armstrong. It wasn’t until the age of 18, largely because of his older brother Gerry, who had become an Evangelical in 1971, that Dave began to go back to church occasionally. “In 1977, I converted to Evangelical Christianity, based largely on my brother’s influence,” adds Armstrong, who has dedicated his website to his late brother. Over the years Armstrong attended several churches – Lutheran, Assembly of God, messianic Jewish, and non-denominational, and in 1985 felt called to become a campus missionary and apologist: full-time for a while, and then part-time.

“I wanted to have a reasonable faith – to be able to give reasons for what I believed and why, and to share what I learned along the way,” says Armstrong. He also got involved in counter-cult ministry in the early 1980s, examining heretical sects like the Jehovah’s Witnesses, and pro-life activism.

Beginning in 1990, everything changed. “Through conversations with Catholic friends whom I met during pro-life activities, in my own ecumenical discussion group, I became convinced of the truth of Catholicism,” recalls Armstrong.

Also during that year, Dave fell under the influence of a great catechist, Fr. John Hardon. Although not yet a Catholic, Armstrong sat in on Fr. Hardon’s classes for the training of Ignatian catechists. “It gave me the opportunity to hear a Catholic scholar and saintly person, and take in the Catholic worldview. It was my first experience with something like RCIA,” explains Armstrong. “How ironic that the first major figure I met was one of the most orthodox catechists!”

Armstrong cites three factors in his own decision to convert: moral theology, what he calls “the myth of Protestant origins,” and Newman’s development of doctrine. “My first change of mind came with the issue of contraception,” says Armstrong. “Secondly, I came to view Martin Luther’s actions and dissenting beliefs as more of a revolution than a reformation. Thirdly, Newman’s Essay on the Development of Christian Doctrine gave me a schema of Church history that explained why Catholic beliefs appeared to be different from the early Church. He shows that all of those things are logically consistent with early Church teaching, so that I could say that the early Church and the Catholic Church are one and the same. That was revolutionary in my thinking.”

Fr. Hardon later received Armstrong into the Church in February of 1991. His conversion story was originally printed in This Rock and later included in Patrick Madrid’s 1994 best-seller, Surprised by Truth. The rest is history. Armstrong first went online in Compuserve’s religion forum in March, 1996. This eventually led to the creation of Dave’s own website and the uploading of old papers (some dating back as far as 1982) and the addition of much new writing.

Recent counts revealed that his Main Index Page and very popular C.S. Lewis page – which has been recommended by the Evangelical magazine Christianity Today as a helpful online source of Lewisiana, were each receiving nearly 400 hits a day. No stranger to Envoy (he had a cover story on the Eucharist in February 2000), in 1998 Armstrong received Envoy‘s Catholic Website of the Year Award. His website is a virtual Catholic Encyclopedia, featuring more than 500 web pages on various doctrines, Catholic authors (such as Newman and Chesterton), responses to non-Catholic belief-systems and critiques, general Christian apologetics, Christian cultural history, and much, much more.

Armstrong sees the Internet as a integral part of the New Evangelization. “The Catholic faith is highly interrelated and self-consistent. The Internet provides a very good sense of that – the various elements in Catholic thought and theology are interconnected, and the new electronic technology makes it extremely easy for people to quickly find answers and see those connections. If I don’t have a paper on a particular topic, I can provide a link to another one; I love that,” explains Armstrong. “I’ve been trying to be an apologist and a writer for 20 years,” says Armstrong. “The Internet has made it possible for me to do that. In an instant I can be communicating with readers in Argentina or Indonesia.”

Armstrong first began work on his recently-released book in the early 1990s. The first draft was completed in 1994; the shorter revised version in 1996. Rejected by four Catholic publishers, Armstrong turned to self-publishing to get it printed. He describes A Biblical Defense of Catholicism as conceived along the lines of James Cardinal Gibbons’ 1876 work, The Faith of Our Fathers. “Gibbons goes through most of the doctrines of the Church and tries to explain them to Protestants,” says Armstrong. My book is sort of a cross between basic apologetics and the Catechism of the Catholic Church. I wanted to define each ‘distinctly Catholic’ doctrine from the councils and provide as much biblical support as I could find.”

To do that, Armstrong poured through many old apologetics texts, siphoning off the Scripture quotes. The result is a work of popular apologetics, with quotes from Karl Adam, St. Francis de Sales, Gibbons, Cardinal Newman, and other well-known Catholic authors of the past, written in a way that Protestants can relate to. Armstrong is quick to point out, however, that the book is not trying to demonstrate that Catholics believe in the Bible alone, or what is called the formal sufficiency of Scripture. “It shows that our belief is consistent with the Bible, along with apostolic Tradition,” says Armstrong. “Can all Catholic doctrine be found in the Bible? Yes, but they’re not all there in explicit form, and they don’t have to be. The Bible is not the exclusive source of all truth, over against the Church and apostolic Tradition. The Gospel writers and St. Paul teach us this.” The flip side is that sola Scriptura (or formal sufficiency) is not found in the Bible.

The book is the first of four which Armstrong hopes to get published by the end of 2002. A companion book, entitled More Biblical Evidence for Catholicism, was published in February 2002. “One of my primary goals is to try to convince Protestants that Catholic Christianity is at least as biblical as any Protestant denomination and therefore deserves equal recognition,” says Armstrong.
Armstrong’s work has also helped bring converts to, and “reverts” back to, the Church. “People sometimes write to say that reading one of my papers has helped them come back to the faith. That is very rewarding,” says Armstrong. He recalls a former Worldwide Church of God member who wrote to tell him that he had converted largely as a result of the influence of Armstrong’s web site. “I’m usually not even aware that things like this are going on,” he says.

Another example Armstrong recalls came about as a result of his story in Surprised by Truth. “A woman in the Reformed church called me. Her boyfriend was Catholic, and they were seriously thinking of getting married, and wanted to be of the same religious belief,” explains Armstrong. “We talked several times on the phone, then my wife and I met with her boyfriend and then her, and about a year and a half later she converted, after having had the opportunity to meet Fr. Hardon and Mother Teresa. Their story had a fairy tale ending.”

While he has always wanted to devote himself to Catholic evangelization since his conversion, it wasn’t until recently that he was able to do so, due to unforeseen circumstances. “I’ve been doing things (work-wise) for years that didn’t have much meaning for me. Recently, I worked all week on a dialogue with a Mormon apologist. Now I am able to do things like that,” explains Armstrong, who is the father of four. He plans to soon revise and upload a lengthy treatise on the Jehovah’s Witnesses, dating from 1987.

“As I understand it, the apostle Paul supported himself and his missionary work through tent-making,” says Armstrong. “I was a ‘tentmaker’ myself throughout the entire 1990s – working as a delivery man full-time while I kept at my writing. I felt I had no choice. All of my writing and apologetics work has come together now, which is personally very satisfying. People can look at the website and see what I have been doing all these years.”

Not surprisingly, Armstrong looks to his catechist, the late Fr. John A. Hardon, S.J., as an example in his work. “I remember attending a banquet in Detroit where Fr. Hardon was given a lifetime award. Fr. Hardon stood up and said, ‘Thank you very much for this award. Everything that I’ve been able to do – absolutely everything – is because of the grace of God.’ And then he sat down. It was so classic. He never wanted any recognition for himself. That’s the last time we saw him.”

“My greatest desire in life is to engage in apologetics and to share the message of Christianity and the fullness of Catholicism,” says Armstrong. 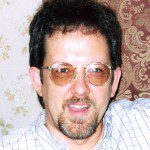 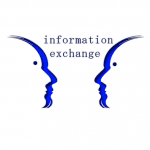 February 2, 2007 Comments on the Question: "Are Protestants Heretical?"
Recent Comments
0 | Leave a Comment
Browse Our Archives
get the latest updates from
Biblical Evidence for Catholicism
and the Patheos
Catholic
Channel
POPULAR AT PATHEOS Catholic
1