Protestants, Contraception, the Pill, and NFP 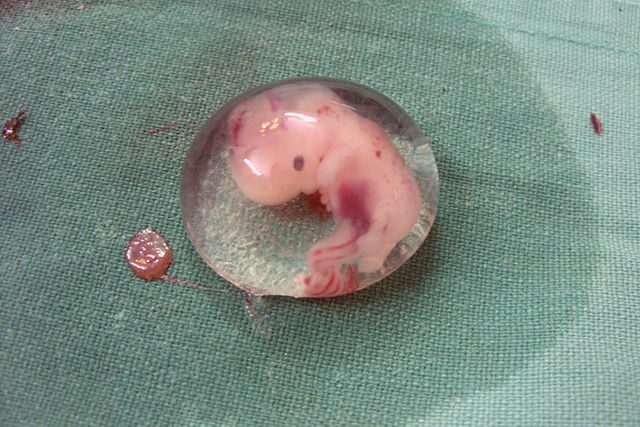 Sometimes, in order to justify use of contraception, the advocate will attempt to equate NFP with it, as if there is no essential difference. It’s the same dynamic as running down annulment as “Catholic divorce” as if it is not essentially different, either. I think we can state that sometimes or many times, this outlook may be in play. I know all the tactics people use to rationalize error and sin, from 30 years of apologetics. And this sometimes occurs: perhaps more widely than anyone imagines.

Contraception is a serious sin, but there are plenty of other sins to go around. Since we’re all sinners, prone to sin and subject to concupiscence, and guilty of much actual sin on an ongoing basis. Christians of all stripes fall short all the time. That’s why we Catholics confess and examine our conscience and repent as a group at the beginning of every Mass. Jesus didn’t cease calling the seven churches in Revelation “churches” despite a host of very serious sins. Paul didn’t mince words about the Galatians and Corinthians.

I would argue that it is far more sinful for Catholics, who know full well that contraception is roundly condemned by their Church, to keep doing it, compared to Protestants, who are mostly ignorant and never taught at all about it, and who don’t ostensibly accept and obey the word of an infallible Church, as every Catholic ought to do. “To whom much is given, much is required.”

Whether individual Protestants “know” they are wrong regarding contraception is a very complex matter. Most are simply ignorant about the matter: having never been taught anything differently. And even if they have seen some Catholic anti-contraception arguments, they are often so weak or poorly presented, that it is little better than the previous ignorance.

I am maintaining that most Protestants, insofar as they learn anything at all about traditional Catholic and non-Catholic traditional teaching on this, do not yet “know” that it is wrong. Once they get to that point, then of course they are responsible for acting accordingly, and to fail to do so entails grave peril to their souls (including possibly eternally). But I don’t see that most of them have gotten even to that point yet.

I was certainly purely ignorant when we contracepted for six years in our marriage. I had never heard a rational argument otherwise until I met an articulate Catholic who explained it to me (even a priest I had talked to at a pro-life event couldn’t do it). Once I heard the actual reasoning, I was persuaded. But if my case is at all typical (and I think it is), then there are many millions of Protestants out there like I was, who are profoundly ignorant of the entire matter.

Most who contracept are unaware that the birth control pill can often be an abortifacient. I had never heard this until I talked to someone who was really up on all these issues. I barely heard about it even when I was in pro-life rescues, where no one could question the participants’ pro-life convictions. Protestants who contracept are rarely told that they may be killing conceived children through the Pill, so that it is the case that they don’t care and keep on using it anyway. This is usually not the case, I submit, because people haven’t heard this in the first place. As an avid pro-lifer when I was Protestant, I would have stopped in a heartbeat, had I heard this; if I hadn’t already been convinced of the wrongness of contraception. And I highly doubt that the multiple millions of Protestant pro-lifers would act differently.

Protestants are usually ignorant of historically demonstrable truths such as that no Christian body espoused contraception as a moral choice until 1930 (the Anglicans). Like myself, they don’t study the matter sufficiently enough to ever figure this out. They have to be educated in a patient and charitable fashion.

We Catholic pro-lifers may know that the Birth Control Pill is sometimes an abortifacient; hence we are responsible for that information. But most people who use the Pill do not know this; therefore, they can’t possibly be committing a mortal sin (in the fullest sense) since they don’t have the subjective intent to do so; being ignorant. It’s still objectively a mortal sin insofar as the act is objectively sinful, but the subjective component of knowledge is absent; therefore persons in such ignorance would not be fully guilty of committing a mortal sin with full intent, by the definition of mortal sin in Catholic moral teaching.

Now, once such a person reads this and things like this, that discuss the Pill being an abortifacient, then they know more than they did, and are responsible to study the issue for themselves and act accordingly (and I have provided a link with resources so they can do just that). If they know for sure that this is the case, and keep acting in the same fashion, then they are subjectively responsible for grave sin.

It is almost a certainty that most who contracept are as utterly ignorant of the entire matter as I previously was. We should empathize: those of us who have traveled that sad path ourselves.

We could note hundreds of cases of Christians of all stripes failing to follow Christ’s teaching. Falling short and failing and sinning is part of the human condition, unfortunately. If a particular sin is mostly due to ignorance and lack of knowledge (as is very much the case here), we can counteract that through education, done with compassion and charity.

Too many Catholics, unfortunately, use NFP with contraceptive intent: not having sufficient reasons to space or avoid children. It can be used wrongly because at bottom it is a heart and a motivation issue; not just a technique. The primary evil of contraception is in the evil “anti-procreative” will or intent. The same intent can be present in the couple using NFP, lacking sufficiently serious reasons to avoid having children. It is not as serious of a sin, but it is still sin. 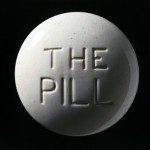 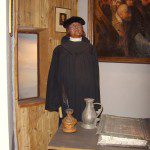 August 20, 2011 Martin Luther's View of the Book of Esther
Recent Comments
24 Comments | Leave a Comment
Browse Our Archives
get the latest updates from
Biblical Evidence for Catholicism
and the Patheos
Catholic
Channel
POPULAR AT PATHEOS Catholic
1