How Much Money Should Catholic Apologists Make?

How Much Money Should Catholic Apologists Make? September 2, 2013 Dave Armstrong

Patheos Explore the world's faith through different perspectives on religion and spirituality! Patheos has the views of the prevalent religions and spiritualities of the world.
. . . Our Society’s Low Estimate of the Worth of Spiritual and Theological Work 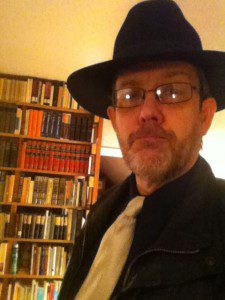 [Taken from an earlier discussion thread. Citations from others are from different commentators]

What would be a very interesting discussion is “how much is too much?” How much money can the Catholic worker make before he is regarded as materialistic and greedy and jilting donors and contributors? Whatever that is deemed to be, I’m quite sure I am well below it and likely will be indefinitely.

How is a donation fundamentally different from a purchase? I take it that a contributor feels that he or she has personally benefited from the work of the group that they support (that seems generally true with regard to my own supporters). Whats the big dif? You support them because you agree with their “product.”

Again, here is the beginning of what I would find a tremendously stimulating discussion. Why is it that no one objects to someone who manufactures mufflers or aprons or gasoline or cupcakes, making fabulous amounts of money from good ol’ capitalism, yet if someone in a Catholic apostolate makes what is deemed to be “too much” it is a huge scandal and people resent it and blast them?

I’ll answer my own question: I suspect it is because spiritual and theological teaching (“product” so to speak) is simply not valued as important. Our society values material goods, so the ones who produce them are entitled to unlimited wealth, but if someone dares to devote themselves to Catholic education or outreach, we believe that they ought to live like paupers (as my own case abundantly illustrates!).

Why? What is the difference? Does anyone have a better theory than my own, above? It’s not considered proper “work”: it’s always been that way: the priest or pastor was not considered to be a person who “worked” like most folks do. In my observation, they run rings around any other kind of worker, bar none. It’s like the ridiculous canard that housewives don’t “work.” Right!

“Didn’t the Pope reference exactly this recently regarding priests, the cars they drive, and the lifestyles they live?”

Priests are a special case: they voluntarily renounce much of that, along with marriage. That is a heroic call (the evangelical counsels). Lay Catholic workers are not bound to that. In my case, I have a wife and four children to support: five other human beings.

“Economics: a free economy exchange is mutually beneficial. I am getting a product for my use, and they are receiving compensation for producing that product. An organization that asks for donations is something else entirely.”

Ah, but you and others are getting a “product” from Catholic Answers and other similar apostolates (such as my own). It’s just that it is not solely material; it’s spiritual. My point was that the spiritual is undervalued. Your very analysis almost presupposes this.

We are providing a service, like many other services. We just don’t get much money for it. I’ve written 40 books: several bestsellers in their (tiny) field. But I have to live like a pauper, because people don’t value those things. Otherwise, I would make all kinds of money. If I wrote a sex novel or even a romantic novel and managed to get proper advertising; I could potentially make ten times or more what I make. Why? Because that is the “demand” of our society. Supply and demand, right?

It’s fine to expect that someone who takes a vow of poverty should be poor (priests, religious), but the lay Catholic worker hasn’t done that, and (usually) has a family to support, and is worthy of his or her wage, as the Bible says. My family lives very simply, by choice and philosophy and outlook on life and priorities, but we have bills to pay like anyone else.

But how much is too much? That is the interesting question. People assume and feel a lot of things, but is it really totally thought-through? Usually not . . .

I have no idea what a just wage is; I am questioning others who feel certain that they do know; playing Socrates. I am sure, however, that the key thing is our interior attitude towards wealth and materialism, and its relation to other far more important things in life.

I’m also sure that people by the multiple thousands — well, millions — have made idols of money and materialism. That’s patently obvious, but it’s much more difficult to pinpoint individuals who have done so, because we don’t know all the facts and we can’t read their hearts.

How much money is too much and how is it determined? You have a perfect right to your opinion. I wanna know what lies behind it and no one is giving me a reason except for one person who said that $45,000 was some kind of federal figure, so above that is too much.

“Now like or dislike Voris one has to admit the man does a lot of work.”

And Karl Keating doesn’t? He’s only arguably the father of modern apologetics and built the largest apologetics organization in the world. You can still say it’s too much money, but this is not the way to do it . . . People don’t know what Karl does with his time. Not all work is outwardly visible to the public. Even if he were semi-retired, why is it that originators of other corporations and enterprises who retire (Karl is over 60) or cut back on their own work are never raked over the coals with implications that they are lazy or didn’t earn their money? They still began the thing and that counts for something within the capitalistic system. It’s still providing a “product”: just spiritual, but expressed in physical things: books, tapes, articles, talks, radio shows, a forum, question-answering from house apologists . . .

I don’t think “federal standards” cut it in terms of Catholic social teaching on just and equitable wages. I’m just glad I live in Michigan, with my ridiculous income (to me $45K would be fabulously rich!). We manage. In California I’d be be cleaning toilets every night, working 80 hours a week.

The poorer person has less temptation to idolatry of materialism or greed, obviously, but then the devil introduces class envy and bitterness and felt injustice (not to mention sloth in some cases), and those are killers as well.

I still think riches are more problematic, though. Jesus warned a lot more about that, than vice versa. But yes, the devil attacks every state of life; gets in there somehow: the tyranny of the “grass is greener” and all that. We just can’t live our lives either ignoring others totally or being jealous and envious of them. We gotta live for God and follow His calling on our lives.

“and [Catholic Answers] even [has] the nerve to put out a “emergency” call for donations,”

That is standard practice in almost all fundraising appeals. It’s done because it works, and the tendency (similar to sales pitches in general) is to exaggerate and make out like Chicken Little. People respond to that every time.

My upcoming fundraiser (next Tuesday, until I raise what I need) is a bit funny and different in this respect. I will simply say that my funds are exhausted, because of my unique / odd “situation” of receiving most of my income just twice a year (in book royalties). That’s the fact. It’s gone right now, after I pay my house bill. I used to be able to get by, month by month. Since Obama and losing my part-time job at Coming Home Network as a result of his lamebrain policies (their donations drastically decreased), I cannot now, despite 40 (!) books and the endless work I have put into my apostolate, lo these 17 years (the last nearly 12, full-time).

But at the same time I’ll never say that “if I don’t get x amount of dollars it’s all over.” I’m a lifer. I ain’t ever gonna retire unless I go into a coma. I do what I do because I am called to it, with 1000% commitment; it has proven to be fruitful, and God has provided. So yes, I need the money right now (primarily because of the devastation of the economy) but it won’t be raised by appealing to the Almighty “crisis” / impending doom routine. I agree about that; always have.

It’ll be raised on the basis of whether a person agrees that what I do is of value, and especially if they themselves have benefited from it. I gotta make a living like anyone else. My 2,492 blog papers are available for free, for anyone. Took a lot of time to write all those. Time is money, etc.

People can have opinions about “how much is too much” but in this entire long thread I’ve yet to see an argument that solidly proves beyond all dispute that a certain income is “too much” and amounts to “material greed.”

The problem I have is people saying, “that is too much!” Then when I probe and ask for the reasoning as to why they think so, I don’t feel that I have received an adequate answer all day long, bouncing this topic back and forth. It’s usually (in my opinion) a mere feeling, sometimes class envy, and sometimes a double standard, where any other profession can engage in unbridled free enterprise, entrepreneurial capitalism, but if a lay Catholic worker makes a little money, then that is a huge scandal, even though they have taken no vow of poverty, and usually have families to support. 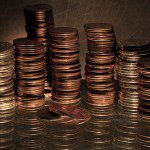 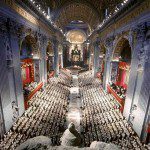 September 15, 2013 Dialogue on Vatican II: Interpretation and Application
Recent Comments
0 | Leave a Comment
"Luke18:15 - Now they were bringing EVEN INFANTS to him that he might touch them; ..."
MurphsLaw What Were the Baptized “Added” to? ..."
"I have not bothered to read Bob in a while now. I kind of threw ..."
Jim Dailey Seidensticker Folly #74: Omniscient God & ..."
"Its funny that the least agreed upon document (On Media) is among the least 'controversial' ..."
Prasanth Vatican II: Documentation of Bishops’ Voting ..."
"It seems to me that Karl Keating is what you would call a 'mild critic' ..."
Prasanth Pope Francis Talks of Gospel Freedom; ..."
Browse Our Archives
get the latest updates from
Biblical Evidence for Catholicism
and the Patheos
Catholic
Channel
POPULAR AT PATHEOS Catholic
1