Jeremiad Against the Serious Error of Libertarianism

Patheos Explore the world's faith through different perspectives on religion and spirituality! Patheos has the views of the prevalent religions and spiritualities of the world.
. . .  (or at least some highly secularized, extreme versions of it) 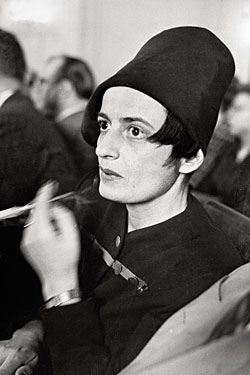 I’ve been saying for years that libertarianism — at least in its extreme forms — has more difficulties being consistent with Christianity than even left-wing political views do. Mark Shea commented on this same article: ” Libertarianism is a heresy. It focuses on subsidiarity while ignoring solidarity. It’s a philosophy for people with no children.” I agree.

A libertarianism that entails legal drugs, moral / social neutrality regarding same-sex “marriage” or things like cohabitation, etc. (all quite fashionable among many young people, even Catholics and other Christians and/or “libertarians”), it falls short of Catholic social teaching and biblical teaching.

Subsidiarity in libertarianism is not what Catholics object to, because it’s a Catholic principle. It’s the extreme emphasis of it to the exclusion of solidarity (as Mark Shea noted) which is the problem.

I don’t think government can or should do anything about cohabitation: but Christians certainly should. I was referring above mainly to the positions of those who are libertarians: it’s this mentality of “if it doesn’t harm anyone, let folks do as they wish.” That’s the fundamental lie: sin does harm society because it harms families and relationships, which are the basis and foundation of society. To not understand this is to miss a very basic aspect of Christianity: the communitarian one (“we are our brothers’ keepers,” etc.).

Libertarianism is a very mixed bag: many types, and sometimes people aren’t even aware of the larger philosophical / social issues that lie behind a lot of this stuff. They just take in the philosophy from friends, etc.: which is the human tendency.

Human laws ought to reflect natural laws. The law is supposed to sanction what is good and right, because that is best for society. Same-sex marriage will destroy society insofar as it is a perversion of the basic building-block of it and is also mortal sin in Catholic thinking. That’s why it was unthinkable as a legality until very recently.  Sodomy ought to be illegal (and usually has been in most societies), and that is because it’s against natural law, which good human law ought to reflect and mirror.

Contraception was illegal until 1965 in the US, though obviously not enforced. The Griswold v. Connecticut case dealt with that and brought in the notorious “right to privacy” thing that was the groundwork for legal abortion. So philosophically and ethically, this sort of libertarian or “let everyone do as they please” thinking lies directly behind the abortion holocaust.

Homosexuality (i.e., male sexual acts) is so unhealthy because certain body parts weren’t meant to be associated with certain other body parts (without getting graphic). So people get sick and die at a younger age as a result. The Bible makes the argument that it’s against natural law (largely in St. Paul).The whole notion that government couldn’t say anything about contraception gave us abortion. That’s the fruit. Now we’re gonna get societally sanctioned homosexual “marriage” leading to a perversion of the basis of society: the family.

If people want to foolishly think like this, let them ponder the actual results of it. The government says lots of things about lots of private stuff: you can’t rape in private, or abuse a child, or even kill yourself. The only dispute is over which things are moral or not, so it goes back to ethics and religion to make that determination.

Thus, as society becomes more secularized, it becomes more immoral, to everyone’s detriment. We see that tragically playing out now, all over the world. 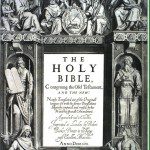 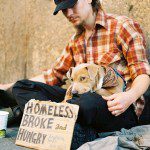