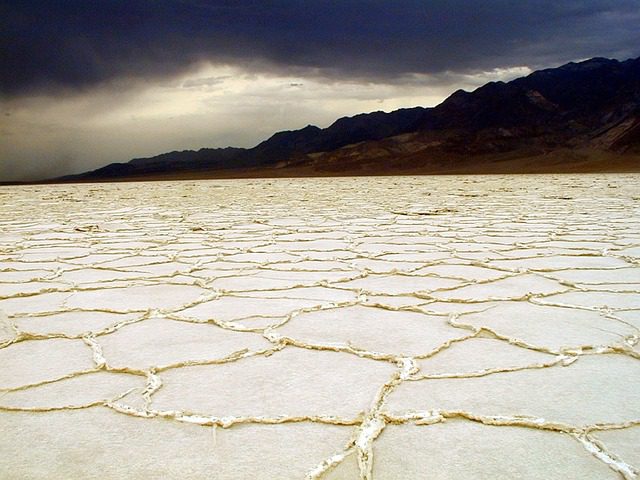 For a long time Matatics has made it known that he doesn’t think there are any valid bishops or priests left anywhere in the world, unless a few might be in hiding somewhere.

That was the springboard for my first comment, which was disputed by Pete, and so we went on to what I thought was an interesting dialogue:

If he says there are no priests, bishops, or valid Masses, looks like he has simply reverted to Protestantism. I’ve been saying for almost 25 years that the further “right” one goes on the spectrum, the more one becomes like both Protestants and heterodox / modernist Catholics. Here’s Exhibit #1 of that.

But the Donatists would have said that they have valid priests and bishops, whereas Gerry says there are none (or hardly any) left anywhere. That is held by several “low church” Protestants: especially non-denominational ones. It’s the utter rejection of valid priests (and by logical extension and presupposition, apostolic succession as well), which is Protestant-like. Virtually all Protestants, after all, reject the Sacrifice of the Mass.

Most sedes [sedevcantists: those who say there is no sitting pope] are more like atheists and skeptics than like evangelicals. This is probably why a sedevacantism tends to attract a disproportionately high number of engineers, scientists, and medical professionals. One has to be cautious about stereotypes.

They [“atheists and skeptics”] are insofar as they are hyper-rationalists and lack faith in some respects (in God’s protection of the Church, etc.).

In Gerry’s case and in, e.g., Robert Sungenis’ case, I think a lot of their errors (not all) can be explained by the fact that they were “insufficiently converted Protestants.” They either didn’t fully understand Catholicism, or the “Roman mindset,” or joined what they set up in their mind as a “fantasy-Church” so that when they found sin in the Church they resorted to radical opinions in order to deal with that.

The hyper-rationalism I referenced above is also seen in some strains of fundamentalist, anti-Catholic Calvinism, as well as in Jehovah’s Witnesses, who rationalize the Trinity away.

But error is rarely easy to pigeonhole. It comes from many sources and becomes amalgamated in a new way in the latest fashionable heresies and schisms. The devil is extremely clever in this way. Thus I see sedevacantism and radical Catholic reactionaries in general as a mixture of many kinds of errors.

I don’t think I’d call Gerry’s position with respect to priests Protestantism. Unlike Protestants, he believes there is a ministerial priesthood. He just thinks the priesthood has had its equivalent of the Great Apostasy.

Thanks Karl. That’s why I see Gerry as more comparable to the Donatists than to Protestantism (outside of Anglicanism and traditional Lutheranism). Gerry believes that a ministerial priesthood was instituted by Christ and passed down, unlike most Protestants.

Well, I was going by your description: “For a long time Matatics has made it known that he doesn’t think there are any valid bishops or priests left anywhere in the world.” [my italics added]

If he still believes in a “ministerial priesthood” yet can’t identify a single person in this class, I say that is a distinction without a difference.

Dave, I think the key word here is “left”. That’s what distinguishes the neo-Donatist from the neo-Reformer.

Additionally, on our side of the border, there is an additional difference in that evangelicals have for the most part shed their historical anti-Catholicism. So many are quite friendly toward Catholicism and Orthodoxy in Canada. In fact, at the evangelical seminary where I am doing a graduate degree in pastoral studies, I actually found myself on All Saints’ Day gently correcting my Evangelical brothers and sisters for putting western haloes on Eastern saints.

As usual, Pete, we’re approaching this from somewhat different perspectives: both valid, I think. I’m saying that if a person thinks there are no priests to be found at all, obviously he has adopted underlying premises whereby there is no apostolic succession or indefectibility. Those are two aspects that are distinctive of Protestantism and not Catholicism or Orthodoxy.

That’s where (I submit) it comes from, both historically and logically (false premises).

Under an assumption of apostolic succession and the indefectibility of the Church, a scenario such as Gerry proposes is (in the eyes of faith) impossible. It cannot happen.

Dave, as usual I think you have brought out the best in me in terms of constructive self-criticism, given that I ran with both traditionalists and Catholic apologists during my time in the Catholic media. I guess my big question is whether it is fair or merely a shortcut to compare every divergence from Catholicism to Protestantism. Personally, I am becoming increasingly uncomfortable with such comparisons for two reasons:

1 – At one time Protestantism could be defined by its anti-Catholicism. This is no longer the case today especially since the papacies of St John Paul II, Benedict and Francis who in a world that has grown increasingly secular and violent, were particularly appreciated by many Protestants for providing a strong Christian voice. Additionally, many Protestant denominations and movements are reconsidering ideas that made them Protestant historically. We are really seeing this up here among Canadian evangelicals and the Emerging Church movement, in which Canadian evangelicals are attempting to re-embrace Christian Tradition, as well as distinguish and distance themselves from their American counterparts.

2 – Protestantism is a relative newcomer historically. Its key underlying ideas had first been rejected by Catholics not at the Council of Trent, but previously at the Second Council of Nicaea — aka the Seventh Ecumenical Council. In fact the council opens with a former iconoclast bishop (Basil of Ancyra) renouncing a series of iconoclast doctrines — including that of Sola Scriptura. This floored me. Keep in mind that Second Nicaea is one of the seven councils we hold in common with the Eastern Orthodox, and it takes places in 787 — over seven centuries before Martin Luther and John Calvin appear in human history.

I think we need to resist the temptation to Tridentinize every controversy. Not that Trent was unimportant as a Church council. However, like Vatican II, Trent was not some sort of super-council that trumps all other Church councils. Moreover, I think taking a much more robust approach to the first Seven Ecumenical Councils would benefit both the traditionalist movement and the apologetics movement. Actually, this is why my favourite features in This Rock/ Catholic Answers Magazine were generally the Patristic features.

“my big question is whether it is fair or merely a shortcut to compare every divergence from Catholicism to Protestantism.”

I don’t do that in the first place so it is a red herring. E.g., I agreed above that the hyper-rationalism of sedevacantism also has similarities to atheists and Jehovah’s Witnesses (a non-trinitarian sect that is not Protestant). In this case I have made the comparison, for the reasons given (which have not been overthrown, as far as I can see).

You guys say Gerry believes that the priesthood class exists, but I noted that if he can’t identify even one real priest, that it is a distinction without a difference. It’s like believing in unicorns but never being able to produce one. That has little meaning beyond being a fairy tale or myth.

Anti-Catholicism is also irrelevant to my analysis, which has to do with anti-clericalism or anti-sacerdotalism, and ahistoricism. I myself would have rejected a strict apostolic succession and (at least partly) the priesthood when I was an evangelical and I was never anti-Catholic at any time. I was anti-institutional.

Nor do I see how Protestantism being “a relative newcomer historically” has any bearing on my point. Gerry believes no priests can be found. That’s consistent with Protestantism, but not Donatism (the latter would say that true priests could be found in their ranks, but Gerry says they are absent, period). Thus the main observation we have made about his position is in harmony with my comparison to low church Protestantism.

Trent is irrelevant to my analysis as well. I never mentioned it (nor the early councils). When I do mention Trent in relation to Protestants, I often note that it said that their baptism was valid.

Lots of interesting comments, Pete (as always); they just have little or nothing to do with my argument. :-)

As for my own interest in patristics, I’ve now edited three books of patristic quotes and wrote a book on development; and the one on Orthodoxy discusses the fathers a lot, too. Thus, I have no disagreement at all that the period is supremely important. Church history was the biggest reason why I became a Catholic.

I also made a comment above that is directly contrary to the assertion that I “always” compare errors among Catholics to Protestantism:

“But error is rarely easy to pigeonhole. It comes from many sources and becomes amalgamated in a new way in the latest fashionable heresies and schisms. The devil is extremely clever in this way. Thus I see sedevacantism and radical Catholic reactionaries in general as a mixture of many kinds of errors.”

So in Gerry’s case, I would note that the hyper-rationalism is similar to atheism and secular thought in general; I already said that it is also similar to theologically liberal Catholics, as well as Protestantism. With respect to his view of clergy or lack thereof, in particular, I think it is clearly most analogous to Protestantism.

If he had said, “there are a small number of true priests found over here or over there,” then I would have agreed that it was more similar to Donatism and other rigorist schisms (I’ve compared radical Catholic reactionaries to those times without number, as any search on my site would reveal), but the fact that he can’t find any suggests to me an anti-sacerdotal form of Protestantism at bottom. 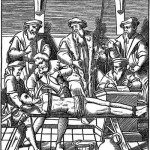 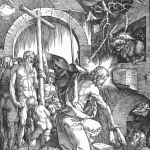 December 2, 2014 Multiple Meanings of "Paradise" in Scripture (and Literary Genre)
Recent Comments
0 | Leave a Comment
"I am skeptical of these types of apparitions too. But I'm also pretty sure that ..."
Porphyry “Marian Stains”: “Dr.” [???] James White ..."
"Yep, it died a spectacular death. RIP and good riddance . . ."
Dave Armstrong Atheist-Christian Discussion: Centrality of Premises
""The exact essence of the paper is in its title. It’s not an argument about ..."
Tom Hanson Atheist-Christian Discussion: Centrality of Premises
""The context is a dream of the Babylonian king Nebuchadnezzar. Daniel the prophet is asked ..."
Candy Smith Flat Earth: Biblical Teaching?
Browse Our Archives
Follow Us!

Church Splits Are Driving Evangelicals to...
The Cordial Catholic
Books by This Author Books by Dave Armstrong 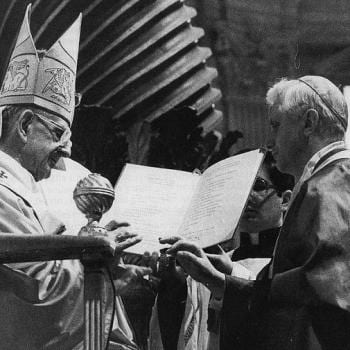 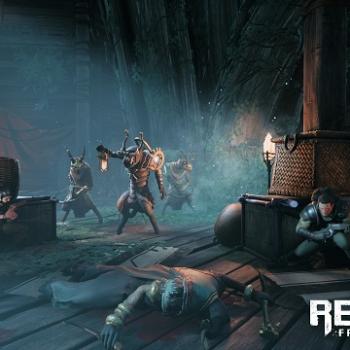 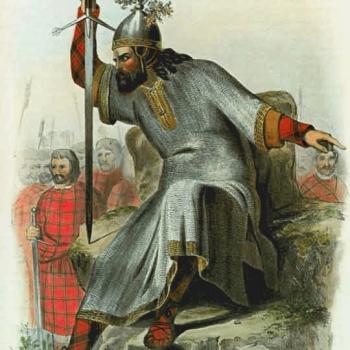