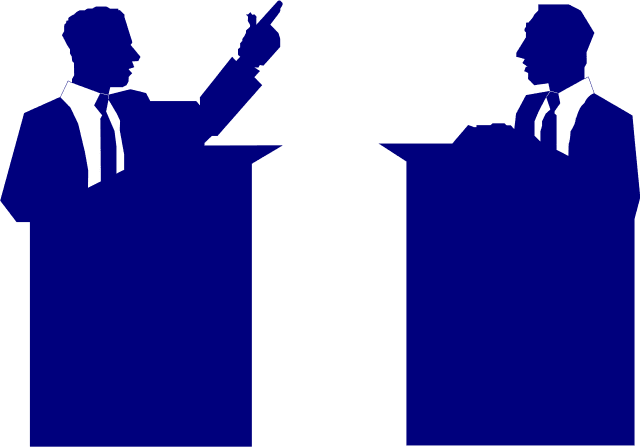 The following exchange is from the combox of a piece entitled “The Boy Who Cried Waterboard,” by Zippy Catholic, posted on the What’s Wrong With the World website on 29 April 2009. Catholic philosopher Francis Beckwith‘s words will be in regular black; Mark Shea’s in blue. This is (note!) an edited version, to highlight their particular back-and-forth dialogue. To read the whole thing and all the context, follow the link above.
* * * * *

Apparently, KSM [Khalid Sheikh Mohammed] went through 5 waterboarding sessions, which consisted of 183 “spills” of water. I could be wrong about this, by the way. But that’s the way I understand it.

Having said that, couldn’t someone respond this way, “The fact that he went through 183 spills means that it wasn’t torture to him. That is, a successful waterboarding is the result of the prisoner believing he could drown based on the sensations he is experiencing. But someone who is mentally tough could overcome those sensations by what he knows to be true, that in fact he is not drowning.”

I did not merely say “The fact that he went through 183 spills means that it wasn’t torture to him.” I said that “someone could say that,” which means that “someone,” and not necessarily me, “could say that.” . . . that’s what philosophers do, they think about stuff by suggesting different conceptual schemes. They don’t just uncritically repeat the talking points of Moveon.org or Human Events as if they were gospel.

. . . you see what’s going on here. If anyone wants to think about this stuff, they are shouted down by extracting their words out of context and offering loaded questions in order to imply bad faith.

Yes. Someone could. In fact, someone has: it’s been a standard talking point of the Rubber Hose Right since Limbaugh first proposed it for mass consumption by dittoheads a week or so ago.

Of course, it’s an argument of almost preternatural stupidity. But still, you are right: someone could respond with it and lots of people are either born stupid or working hard to achieve stupidity by force of will.

You see, in torture sessions, it’s not the victim who decides how many times he will be tortured. It’s the torturer. You might as well say that since a woman was gang raped multiple times, that means it wasn’t rape to her.

Yes, Frank, only preternatual stupidity or a Cafeteria Catholic Bush-worshipping Ay-rab -hating Dittohead desire to shill for the Rubber Hose Right could possibly (or, to be excessively charitable, at least plausibly) motivate anyone even to raise conceptual questions about what constitutes torture. So, come on now, listen to your moral betters, then go see your confessor ASAP, OK?

I mean, as I noted in an earlier post, it’s all just so obvious, right? Nothing more need be said!

I’m sorry, but I cannot teach music to the tone deaf or art appreciation to the blind. If the gang rape analogy could not alert you to the problem of Dr. Beckwith’s hypothetical response, no mortal power can put in what God has left out of your critical faculties.

For myself, I have tended to confine my examples of torture to what is unambiguously torture (waterboarding, freezing prisoners, strappado). Of course, there are grey areas where seemingly innocuous things can be used for torture (and have been). But since the Makers of Fine Distinctions are so eager to always pretend that such grey areas are proof we do not torture, I have tended not to bother with them.

I’m attempting to say that a man who is actually tortured and a woman who is actually gang-raped are both at the mercy of the people who are torturing and gang-raping them. The fact that these evil acts are perpetrated against them multiple times is no proof at all that it is not torture or rape to them. To say that it is evidence of this is preternaturally stupid. To mention that “somebody” might say it, without noting the preternatural stupidity of the argument is not what I would call an optimal exercise of the vocation of “philosopher”.

As I have already noted, the 183 number is highly misleading.

But that, of course, does not have any effect on the judgment as to whether the act itself is torture.

I actually had not heard Limbaugh’s comments on this matter. (I really don’t remember the last time I listened to his radio show). I thought of the fictional comments all by my lonesome. That’s what we philosophers tend to do. It is not our first thought to reach for the rubber hose remark.

But, of course, it should not matter who says this or that. What should matter is whether one has a good or bad argument, whether one has carefully thought through the issue in question.

Yes. And that’s what I addressed: the fact that your (or “somebody’s”) argument was extraordinarily bad.

As I have said on numerous posts, I carry no brief for torture. I think, as the Church teaches, that torture is intrinsically evil.

The old “What O What is Torture?” gambit. I can answer that in this case. Forcing somebody to undergo simulated drowning once, much less 183 times, is a clearcut case of torture, not a “borderline case”. Attempting to argue to the contrary is sophistry.

Consider this example. The Church teaches that active euthanasia is intrinsically immoral, including some acts of withholding treatment that lead to death. On the other hand, there are acts of withholding treatment that lead to death that are not intrinsically immoral. So, if someone were to simply employ colorful pejoratives to distract us from the serious work of thinking carefully and cautiously about these borderline cases–e.g., “killer,” “rubber hose right,”–that someone would be planting the seeds of intellectual vice into his listeners. He would be providing the occasion for a person to harm his own soul.

Although I understand Mr. Shea’s passion, and indeed respect the tenacity he employs in making his case, I cannot help but think that his pious pose and profane prose do little in reminding his listeners that he is an advocate for the good, the true, and the beautiful.

Mark is boxing with phantoms in his own mind. I’m not defending torture. Never have; never will. What I am defending is thinking rather than emoting and demagoguing.

A few things to remember:

1. just because Rush Limbaugh says something doesn’t make it wrong.
True. Which is why I never said so. I merely noted that “somebody” has in fact made the point you are making and that lots of other somebody have been repeating it.
2. a sneer is not a rebuttal.

Correct. This is a rebuttal:

You see, in torture sessions, it’s not the victim who decides how many times he will be tortured. It’s the torturer. You might as well say that since a woman was gang raped multiple times, that means it wasn’t rape to her.

And it’s a rebuttal you still have not addressed.
3. if in your comments you employ insult as a substitute for argument, don’t feign offense when those you insulted push back.
I employed no insult. I described “somebody’s” argument as preternaturally stupid, because that’s what it is. It lacks intelligence. It does not betray even the rudiments of critical analysis of its huge weaknesses. I took it for granted that you were sincere when you told Blackadder that is it not what you think, but what “somebody” might think. I said that if “somebody” were to actually think that, they would be thinking something stupid and that other (not you) have in fact, expressed this stupid idea. But even that is directed at the idea, not the person. But since I took it for granted that you were not claiming you think it, I said nothing about you at all–except to express my disappointment that you would give voice to “somebody’s” hypothetical opinion without noting the gigantic flaws in the argument.
4. if you’re going to trot out appeals to human dignity to ground your position, don’t be surprised when people are taken aback when you don’t treat them with dignity when making your case.
I said nothing about your person at all. I noted that the argument has been popular among the torture defenders I meet in cyberspace (whom I refer to as the “Rubber Hose Right” just not a few here speak casually of the “Moloch-worshipping Left”). I did not say you numbered among them, merely that the argument was popular with them, which it is. Again, my words were directed at the idea, not the man.
5. don’t follow leaders; watch the parking meters.
You know, that’s just what I tell those who are bending over backward to adore Obama or excuse Bush/Cheney torture policies.

I think there is a great danger is employing the argumentum ad hitlerum fallacy to either the Vox crowd or those who want to have a serious conversation about what constitutes torture, just punishment, etc. When someone offers a counter-example to your moral position, you owe it to that person, if he or she is serious, to carefully, charitably, and intelligently offer that person a response. Calling such a person names because he or she happens to think that rational discourse is important undermines one of the first principles of liberal democracy: political liberty. A polity that denigrates rational discourse opens itself up to demagoguery and totalitarianism. And if you haven’t noticed, we’re creeping in that direction.

Every since the 1960s, the “social movement” ethos of self-righteous know-it-alls has inhibited rather than advanced civility. 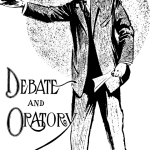 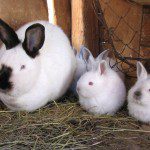 January 21, 2015 Pope Francis and Catholics Reproducing Like "Rabbits"
Recent Comments
0 | Leave a Comment
"Thanks!"
Dave Armstrong Reply to Lucas Banzoli’s 205 Potshots ..."
"#33 needs to be corrected."That will change drastically after Rome is sacked by the Romans, ..."
Tom Hanson Reply to Lucas Banzoli’s 205 Potshots ..."
""Grace is the antithesis of sin and gives us the power to be holy and ..."
Justin Response to an Inquiring Protestant (Austin ..."
""God could possibly have gone about things a different way, just as He could have ..."
Justin Response to an Inquiring Protestant (Austin ..."
Browse Our Archives
Related posts from Biblical Evidence for Catholicism