Comments Policy to be Strictly Enforced! Atheists in Particular . . . 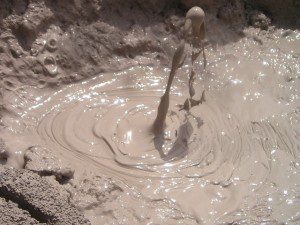 I have made it very clear how I’ll be operating my page here, in the “Discussion Policy” paper posted at the top. Like the old vegetable soup commercial says, “It’s [all] in there.” In a nutshell (it ain’t rocket science): be civil, respect the surroundings (Catholic), stay on topic, and don’t troll. Anyone who follows those simple rules is safe here to comment all they like, about anything, as long as they follow the topic of the thread. I value free speech as much as I value civil speech. I simply require that they exist side-by-side: to everyone’s benefit.

Moderation is a simple concept. People gotta talk like normal, courteous, polite adults. If someone were in our house, at a party, and kept calling us (or another guest) an inveterate liar, would we put up with that? Of course not. He would be shown the door and asked not to come back again unless he reformed his behavior. So why don’t people apply that ethical standard online? Is it because of goofy “PC” notions of what “free speech” entails?

Yesterday I “experienced” a raucous, wild, anything-goes discussion, underneath a post of mine about atheism. It ended up with 194 comments before I closed it. I was literally wrangling with some 25 or so atheists all day long. 25-to-1! The ratio is no problem (as long as I have time to answer everyone). I joked about it being just right, and even the wisecrack was misunderstood (atheists often seem to be even more morose and ultra-serious than notoriously dour hyper-Calvinists). But then when I closed the thread, someone implied that I was trying to censor (who am I, Samson: trying to fight 100 people at once? How much is required of me?), and made a long remark on another thread, in order to bypass the closed one. I deleted his comment (because that is trolling), but I didn’t block him.

Blocking is not necessarily “censorship.” If a person can’t conduct himself or herself with a rudimentary amount of civility and charity, they aren’t fit for public discussion on a serious forum for constructive, enjoyable, mutually respectful discussion of ideas and competing worldviews. It poisons it for everyone else. It was implied that I wish to censor atheists. This is poppycock. I have scores of dialogues with atheists already posted online. I banned about five of them yesterday: all for extreme comments (which means that 20 remained, or roughly 80%).

One was vulgar and “told me off.” The other ones took the frequent “hostile” atheist line that Christians are uniformly stupid, bald-faced liars, insane, anti-rational, anti-science, or played the game that the Catholic Church directly sanctions child abuse (as if massive reform hasn’t occurred to rectify that unspeakable tragedy, and as if no other institution also has sexual abuse problems). Those are all grounds for immediate banning.

It has absolutely nothing to do with whether one is an atheist or not. I banned a Catholic recently, because he kept coming here, while participating in a thread on his own page, devoted to slandering my person and the work that I do. That’s intolerable. If he has good intentions, then he would never allow such a thread on his page.  I banned another Catholic because he was trolling and wouldn’t stay on topic. He was warned, refused to comply, and so now he’s gone. It’s not about belief-system or censorship. It’s about behavior. Period. End of story.

My views are made crystal clear in the Discussion Policy post. I even mentioned the large “hostile” faction of atheists as one problematic group (i.e., in how they typically  behave towards Christians), not merely for being atheists. I also singled out two Christian groups who often act in the same way: anti-Catholic Protestants and radical Catholic reactionaries. I wrote in the policy paper:

I have had very excellent discussions with atheists and other “exchanges” that were as absurd and ludicrous as pigs wrestling in mud. It’s a mixed bag. The former are always welcome; the latter will be avoided like the plague. If you are an “angry, irrational atheist” who can talk of nothing except how rotten and evil and wicked Christianity is, and how stupid, gullible, and infantile all Christians are (especially the “fundamentalists” who believe as you used to), this forum is not for you. But I may come to your forum (if it is “public”) and debunk your “deconversion” story, if you insist on irrationally attacking Christianity. That’s part of my job as an apologist: to show how “reasons” for abandoning Christianity are never valid or sound or adequate. I’ll be doing much more of this as atheism gains momentum (which is inevitable in our rapidly secularizing society).

All of the above and more came true in the thread, because it is a constant practice of many (not all) atheists. This is what the “hostile” ones think of Christians, and why discussion with them never works. It didn’t help (in terms of reception) that my post was a very hard-hitting and sarcastic one, and a reductio ad absurdum, which was universally misunderstood (sarcasm, satire, reductio humor, exaggeration to make a point usually are). At the end of the day I explained over and over how a reductio works, and exactly what I meant and intended (since a reductio can be exaggerated and sarcastic in nature, to make a point, as mine was). This made folks (for the most part) even more angry. At length one guy started “arguing” that I was the one who didn’t understand how a reductio works. That was clever, but it was desperate and stupid and untrue.

My mistake was that I had casually assumed that atheists would comprehend the nature of a reductio ad absurdum  argument without my having to spell it out. After all, they (again, the hostile or anal-retentive brand of atheists) regularly inform us how vastly superior in intellect they are to us imbecilic, idiotic Christians: how they and they alone respect science and philosophy and logic and all thinking endeavors, while we supposedly line our bird cages with them, on the way to our KKK or flat earth society meetings.

I still believe that atheists (on the whole) are very “sharp” people in terms of “book learnin'” and IQ and intellectual curiosity. I also don’t think they are automatically wicked, just because they are atheists, or that their former Christian views (in many cases) were not genuine and real. In one paper, I argued that atheists can possibly be saved. I made this clear in a few comments in the thread. I view atheists not as evil, but as mistaken in accepting several false premises and whoppers (about Christianity). They need to be educated, not cast out.

Though many in the thread may not have studied logic and philosophy in college, as I did (and have a great deal since, on my own), I think it is more likely that the emotions connected with being critiqued by a lowly, ignorant Christian [sarcasm alert!], was just too much for them to take or process, and so all they could come up with was yelling “straw man” and personal attacks against me, all day long.

I was very lenient indeed in applying my rules to this thread, precisely because if I strictly enforced it, and took out those who did little else than insult, literally 90-95% of the comments (and commenters) would be wiped out. So I stuck to the very worst, most clear-cut violations, resulting in 5 or 6 bannings. My interest is in preserving what happened, in order to demonstrate for all and sundry, how so many atheists routinely “argue.” This was a textbook case; a classic; one to be preserved for the ages. In that sense, the discussion was a smashing success. But in terms of constructive discussion and successful communication between parties, it was the most miserable failure imaginable.

I remain highly interested in dialogue with atheists who are civil, and who don’t think Christians as a class are “stupid” or “insane” or child abusers or flat-earthers or what not. I know they exist, because I have met them and talked with them. There was one person in the thread (“Octavo”) — a brave soul — who denounced the pathetic stereotypes against Christians and I praised him to the skies and said I would be honored to dialogue with him on many topics.

NOTE: This thread is not about the other thread (in terms of primary topic). The other thread was mentioned as a textbook example of what will not be allowed to regularly occur on this page. This post and its combox will not be used for further justifications of what happened, and to further attack me. Don’t even try it (it will be considered trolling). The ones in the thread yesterday had all day to make a cogent, rational reply, with 25 of them and one of me. If that’s not enough; if that’s not bending over backwards to give my opponents the advantage, I don’t know what is. I explained myself over and over (so did some of them, in-between the ubiquitous insults), and the matter is now closed.

If an atheist wants to dialogue with a Christian apologist like me, he or she is most welcome to do so, if they follow the above minimal guidelines, and stay on topic. Sadly, dialogue never occurred all day yesterday, except for a few fleeting moments here and there, with very few people. If you are a civil atheist, there is always hope for the future. The thread yesterday doesn’t reflect upon you.

RELATED: see my paper, Clarifications re: Atheist “Reductio” Paper, that is a follow-up to the controversial “atheist paper” discussed above, and partially to this post as well. 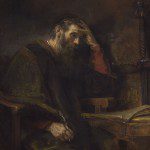 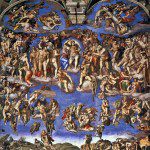