“Who is Dave Armstrong and Why Should I Read His Stuff?” 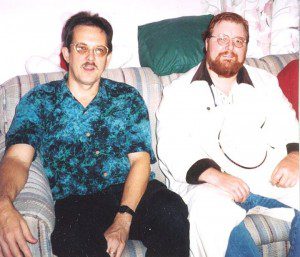 With Catholic apologist Jimmy Akin in my home in early 2004 [photo by my wife, Judy Armstrong]

I’m delighted to be part of the Patheos roster of bloggers. I thought I’d share a little bit about myself, for those of you unfamiliar with my writing.

I’m a full-time Catholic apologist. Catholic apologetics was a very “sexy” endeavor about twenty years ago when the Catholic world was abuzz with the phenomena of Karl Keating’s Catholic Answers, Scott Hahn’s conversion, Catholic radio and EWTN, etc. Now it’s a lot less trendy and fashionable. But whether it is in vogue or not is perfectly irrelevant to me, because it’s my calling (which I love).

Folks quite often think that we apologists are, personality-wise, some hideous cross between Attila the Hun and Vlad the Impaler. The thought seems to be (far as I can tell), that anyone who dares to correct anyone else and assert (often unpopular) theological truths, must be morose, unapproachable, arrogant, and all-around jerks.

I know most of the better-known Catholic apologists and I have not found this to be the case at all. Some (e.g., Pat Madrid, and Gary Michuta) are among the friendliest human beings I’ve ever met. Several people have expressed (pleasantly surprised) shock when they met me in person, having expected this beastly “image” in their mind which had little to do with what I’m really like. It’s highly amusing, but sometimes frustrating, too.

Apologetics, in any event, is not merely about telling groups of people that they are wrong about some tenet of theology. It’s mostly about “removing [largely intellectual] roadblocks” that cause people to stumble in their acceptance of the Catholic (or more general Christian) faith. We pro-actively seek to build up Catholics’ faith and confidence, and equip our brethren so that they can effectively and confidently live out and share the message of the gospel and fullness of the faith with the dying world that we live in.

My main specialty is the connection between Catholicism and the Bible. I love writing along those lines because it is what Protestants can best relate to. I came to learn about and love the Bible as an evangelical Protestant from 1977-1990.

I’ve been accused more than once of utilizing a sola Scriptura methodology, and of being a “hybrid” or “neither fish nor fowl.” It ain’t so. Argumentation from Holy Scripture is not an exclusively Protestant thing. Catholics have always done it, too. It doesn’t reduce to the view that only Scripture is an infallible authority. I’ve written two books (one / two) against sola Scriptura.

Contrary to what many seem to think, however, I didn’t become a Catholic due to Scripture study. That had little to do with it. I got into the “biblical evidence” thing right after I converted, in order to better explain Catholicism to my Protestant friends. The three main reasons that brought me into the fold were ethical and historical: 1) the contraception issue, 2) studying the 16th century Protestant-Catholic conflicts, and above all, 3) development of doctrine.

The latter is my very favorite topic in theology (an aspect of history of doctrine / ideas), and Cardinal Newman, the most eloquent exponent of development, is my “theological hero.” I have edited three books of his quotations (one / two / three). They aren’t selling very well, but when he is canonized, that’ll quickly change! I’m also extremely fond of G. K. Chesterton and C. S. Lewis.

Another sub-specialty of mine is critiquing the early Protestant leaders, especially Luther and Calvin. I write about how Catholics disagree with various of their doctrines, not out of “hatred” or felt superiority, but out of an allegiance to the Catholic faith. I don’t “hate” anyone: though we apologists are often falsely accused of that, in this relativist age, where no one can disagree about anything without being supposedly “intolerant.”

While I defend Catholicism, in cases of principled disagreement, I also am very ecumenical, and put together a book entirely consisting of Luther quotations that Catholics would wholly or largely agree with. I also edited a book of John Wesley quotations, that was accepted by a major Protestant publisher.

My collection of online papers (some 1500, now hosted at Patheos) are very wide-ranging. I deal with atheism, virulently hostile anti-Catholicism, and questions of science and philosophy (where they intersect with faith). I tackle ethical issues like nuclear war and pro-life, vegetarianism and Catholic social teaching (I’m a distributist).

I have a book in which I defend Pope Francis against unwarranted bum raps from both those on the more “liberal” end of theology and politics, and ceaseless critics on the more “traditionalist” side of the spectrum.

One thing I want to make very clear is that I am not opposed to Catholic “traditionalism” in and of itself. I myself am very traditional, and have attended a parish which offers (Novus Ordo) Latin Mass, since 1991. I identify with most of the concerns that traditionalists express. Yet many seem to think I have made myself an “enemy” of that movement.

This is untrue. I draw a sharp distinction between mainstream “traditionalists” and what I myself have coined “radical Catholic reactionaries.” I came up with that term because of the strong “traditionalist” dislike of “radtrad” (a term coined by Catholic writer Sandra Miesel in the early 90s). I make it clear that I’m referring to Catholics, not schismatics: but of a “reactionary” bent.

The defining characteristics of radical Catholic reactionaries are a strong antipathy to the Novus Ordo Mass, Vatican II, ecumenism, and recent popes. The widespread criticisms of Pope Francis are nothing new at all. I was defending Pope St. John Paul II against numerous vigorous assaults 15 years ago.

Another leading trait of my writing is a love of friendly dialogue and debate. Over the years I have compiled over 600 of them online and in my books, in a back-and-forth format inspired by the dialogues of Plato and Socrates.

These are some of the “main things” about my writing and myself. I eagerly look forward to interacting with you and making many new friends. 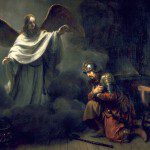 August 8, 2015
Argument for Veneration of Saints & Angels from Prohibition of Blasphemy
Next Post 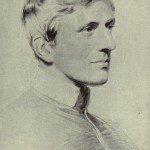 August 11, 2015 What to Do About Mediocre, Milky Homilies at Mass
Recent Comments
0 | Leave a Comment
"He's not obliged to do anything, if that is his decision, and you have no ..."
Dave Armstrong Pope Francis DID Answer the Dubia ..."
"I think you are missing my point. I post a comment and you give me ..."
Claudio Pope Francis DID Answer the Dubia ..."
"I’d never heard of this woman before I read this article. It sounds like she ..."
Thanks, Pappy. Audrey Assad’s Deconversion Story: Objective Analysis
"I've already replied to him regarding the Mass, too:Hebrews 10:12, Vulgate, & the Mass (James ..."
Dave Armstrong Vs. James White #5: Real Eucharistic ..."
Browse Our Archives
get the latest updates from
Biblical Evidence for Catholicism
and the Patheos
Catholic
Channel
POPULAR AT PATHEOS Catholic
1