Biblical Evidence for Veneration of Angels and Men 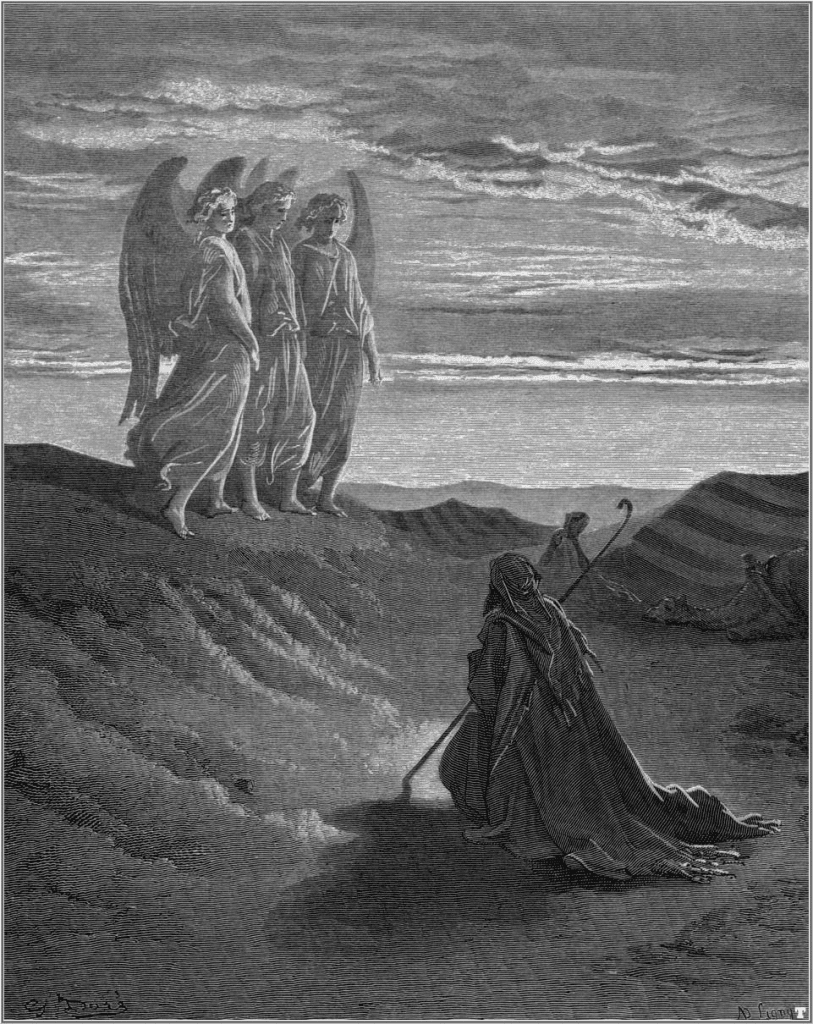 I’d like to examine several relevant biblical texts in support of this practice which is fully embedded within Catholic tradition, but strongly contested by our Protestant brethren.

Genesis 18:1-2, 22 (RSV) And the LORD appeared to him by the oaks of Mamre, as he sat at the door of his tent in the heat of the day. [2] He lifted up his eyes and looked, and behold, three men stood in front of him. When he saw them, he ran from the tent door to meet them, and bowed himself to the earth, . . . [22] So the men turned from there, and went toward Sodom; but Abraham still stood before the LORD.

Genesis 19:1 The two angels came to Sodom in the evening; and Lot was sitting in the gate of Sodom. When Lot saw them, he rose to meet them, and bowed himself with his face to the earth,

They distinguish themselves from the LORD in Genesis 19:3 (“the LORD has sent us to destroy it”).

With this background in mind, let’s look at two passages in Revelation that Protestants bring forth as an argument against all such veneration:

Revelation 19:10 Then I fell down at his feet to worship him, but he said to me, “You must not do that! I am a fellow servant with you and your brethren who hold the testimony of Jesus. Worship God.” . . .

I contend that St. John (caught up in the moment) mistakenly thought that this was a direct manifestation of God, but was corrected by the angel. After all, Jesus had appeared to him earlier in the book, and when He saw Him, he “fell at his feet as though dead” (1:17; cf. 1:10-20). We also know that the post-Resurrection Jesus was not recognized for Who He was, several times (cf. Lk 24:16, 31; 36-39; Jn 20:14-18, 21:4). Both St. Augustine and St. Athanasius also believed that John thought the angel was Jesus, and so desired to adore or worship.

We see angels bowed to (venerated) elsewhere in the New Testament, with no rebuke at all:

Luke 24:4-5 While they were perplexed about this, behold, two men stood by them in dazzling apparel; [5] and as they were frightened and bowed their faces to the ground, the men said to them, “Why do you seek the living among the dead?”

Daniel 8:15, 17 When I, Daniel, had seen the vision, I sought to understand it; and behold, there stood before me one having the appearance of a man. . . . 17] So he came near where I stood; and when he came, I was frightened and fell upon my face. But he said to me, “Understand, O son of man, that the vision is for the time of the end.”

Note that the word “worship” doesn’t appear in any of the passages I have brought forth in favor of veneration. When “worship” does appear in connection with a man or angel, it isn’t permitted:

We see the same “category mistake” in Revelation 19:10 and 22:8-9, and also when men thought that Paul and Barnabas were Zeus and Hermes and “wanted to offer sacrifice.” They were rebuked, as mistaken (Acts 14:11-18).

Therefore, based on all this, we conclude (as Catholics always have) that worship / adoration is reserved for God alone, while veneration / honor is to be offered to the holy angels and worthy, saintly men (i.e., creatures). 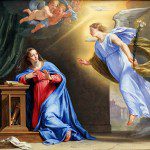 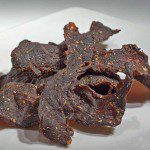