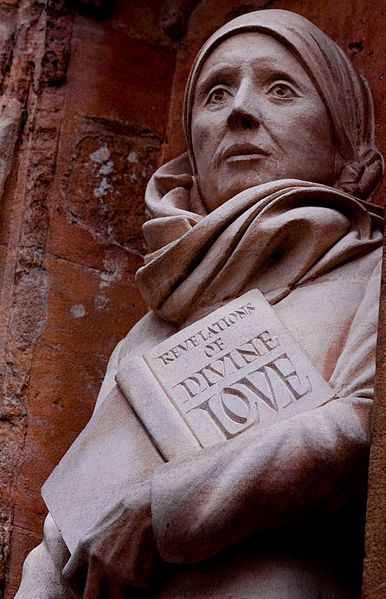 In working on my book, Quotable Catholic Mystics and Contemplatives, I included Julian of Norwich [female] (c. 1342-c. 1416) and her book, Revelations of Divine Love.

Later on Facebook, someone brought up the fact that it is claimed that she was a universalist (the belief that God saves everyone and/or that there is either no hell at all or that it is emptied at some point). I responded:

I didn’t see any universalism when I went through her main book. People see a lot of things if they don’t read in context.

The Bible and Christianity overwhelmingly (minus a few groups like Seventh-day Adventists) teach that hell is eternal and that unrepentant sinners will be tormented there forever.

A quick search of Google reveals many sites making the false claim about Julian. But a search of her actual book shows otherwise. I did just that: doing a manual word search of her book, Revelations of Divine Love, in its plain text format (all of it on one web page). Here is what I found:

. . . I knew well that It was strength enough for me, yea, and for all creatures living, against all the fiends of hell and ghostly temptation. (ch. 4)

A universalist would not acknowledge a continuing hell, as she does here. Most would not mention hell at all.

The dearworthy blood of our Lord Jesus Christ as verily as it is most precious, so verily it is most plenteous. Behold and see! The precious plenty of His dearworthy blood descended down into Hell and burst her bands and delivered all that were there which belonged to the Court of Heaven. (ch. 12)

I believe this is actually a reference to Hades, or Sheol, not hell. Unfortunately, KJV and some Catholic texts (e.g., “descended to hell”) continue to use “hell” for this intermediate state that is neither heaven nor hell, but rather, what is called the netherworld or sometimes, the “limbo of the fathers.” Jesus went there and took the saved to heaven. That’s what she means here: God took all who belonged to heaven; not all to heaven. Big difference! But for those unfamiliar with this “hell” / “Hades” confusion, of course it could read as universalism.

For more on this aspect., see the Protestant apologetic paper, Did Jesus descend into Hell or Hades after he died on the cross? and the Catholic article, Did Jesus Really Go to Hell? by Stephen Beale (Catholic Exchange, 29 March 2013). Also, the Catechism of the Catholic Church states:

633 Scripture calls the abode of the dead, to which the dead Christ went down, “hell” – Sheol in Hebrew or Hades in Greek – because those who are there are deprived of the vision of God.480 Such is the case for all the dead, whether evil or righteous, while they await the Redeemer: which does not mean that their lot is identical, as Jesus shows through the parable of the poor man Lazarus who was received into “Abraham’s bosom”:481 “It is precisely these holy souls, who awaited their Savior in Abraham’s bosom, whom Christ the Lord delivered when he descended into hell.”482 Jesus did not descend into hell to deliver the damned, nor to destroy the hell of damnation, but to free the just who had gone before him.483

In chapter 27 is a statement that many have wrongly interpreted as indicating universalism:

In any event, Julian of Norwich makes a very clear statement of eternal condemnation in hell five chapters later:

And in this sight I marvelled greatly and beheld our Faith, marvelling thus: Our Faith is grounded in God’s word, and it belongeth to our Faith that we believe that God’s word shall be saved in all things; and one point of our Faith is that many creatures shall be condemned: as angels that fell out of Heaven for pride, which be now fiends; and man in earth that dieth out of the Faith of Holy Church: that is to say, they that be heathen men; and also man that hath received christendom and liveth unchristian life and so dieth out of charity: all these shall be condemned to hell without end, as Holy Church teacheth me to believe. And all this [so] standing, methought it was impossible that all manner of things should be well, as our Lord shewed in the same time. (ch. 32; my bolding)

And yet in this I desired, as [far] as I durst, that I might have full sight of Hell and Purgatory. But it was not my meaning to make proof of anything that belongeth to the Faith: for I believed soothfastly that Hell and Purgatory is for the same end that Holy Church teacheth, . . .

Other more-or-less passing references indicate that she casually accepted the existence of hell:

For if afore us were laid [together] all the pains in Hell and in Purgatory and in Earth—death and other—, and [by itself] sin, we should rather choose all that pain than sin. (ch. 40)

For I thought in sooth were I safe from sin, I were full safe from all the fiends of hell and enemies of my soul. (ch. 49)

Don’t be fooled by those with an agenda: to bolster up heresies by recourse to quotes out of context and wholesale distortion of a person’s beliefs. The universalists (like radical homosexual activists and feminists) are notorious for distorting biblical passages as well as the teaching of historic Christians. Now, with Google Books and Internet Archive and other online sources for books available, it’s very easy to do a search just as I did, for key words, and to read in context as well. More than ever, we can learn on our own, and free ourselves from the distortions of mere controversialists and propagandists.

Elsewhere, she makes it very clear that she accepts all Church teaching:

But in all things I believe as Holy Church believeth, preacheth, and teacheth. For the Faith of Holy Church, the which I had aforehand understood and, as I hope, by the grace of God earnestly kept in use and custom, stood continually in my sight: [I] willing and meaning never to receive anything that might be contrary thereunto. (Revelations of Divine Love, ch. 9)

God shewed full great pleasance that He hath in all men and women that mightily and meekly and with all their will take the preaching and teaching of Holy Church. For it is His Holy Church: He is the Ground, He is the Substance, He is the Teaching, He is the Teacher, He is the End, . . . (Revelations of Divine Love, ch. 34)

1) She says she accepts “all” Church teachings.

2) She says she would never hold anything “contrary thereunto.”

3) She states that the Church teaches about a hell and condemnation of men to same.

4) She makes several plain statements about hell and her belief in it.

5) The two supposed “proofs” of universalism in her writing are based on a misunderstanding of the hell / Hades distinction, and her words taken out of context and made to mean what they don’t appear to mean in context (reading into them what ain’t there).

6) Ergo, she herself believes in the doctrine of hell and disbelieves in universalism. 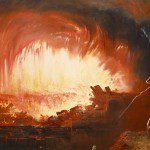 September 29, 2015
Sodom and Gomorrah & Archaeology: North of the Dead Sea?
Next Post 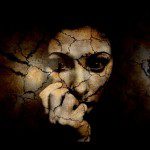 Catholic
Was Sodom Destroyed by a Meteor in Abraham's...
Biblical Evidence for Catholicism