Is America a “Moral Sewer” (Due to All-Pervasive Secularism)? 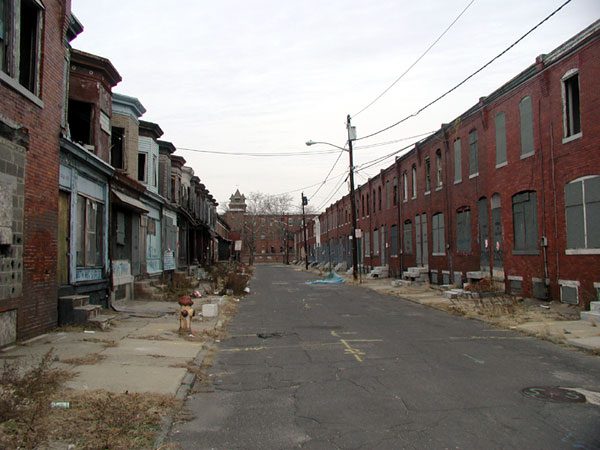 Camden, New Jersey is one of the poorest cities in the United States. It suffers from unemployment, urban decay, poverty, and many other social issues. [public domain / Wikimedia Commons]

I have argued that it is, and that it is patently obviously that America is in far worse shape morally than it was 50 years ago. I made a few remarks along these lines in my post, Are Coercion & Persecution Coming Soon for Catholics? (included below). Then I made several more in the combox, which were considered “controversial” and were opposed with great vigor by several there (many atheists, seemingly, but not necessarily). Opposing arguments can be read in that combox. This is a collection of my own thoughts: mostly off the top of my head.

If I wanted to, I could (rest assured) document every claim I make, in extreme depth. Personally, I think most of the claims I am making about the state of America are utterly self-evident, with no particular necessity for documentation from studies, etc. But assuredly those can be produced, if people don’t grasp how bad things have become. It’s easy as pie to find materials, with Google Search. When I did look up a few (seen below), it took 3-5 seconds to find them.

America has been a secular nation for at least 50 years. We live in a moral sewer now. Everything’s going to hell in a handbasket, due to the wholesale rejection of legal and moral and religious tradition.

No one need take my biased word for that. The sociological statistics (non-Christian studies) are clear, and polls show a high percentage who think the country has gone awry and is headed in a disastrous direction. Families and marriages are broken and lives destroyed due to liberal radicalism, the sexual revolution, and the failed Great Society policies.

It’s time to give moral tradition a try again.

I agree that treatment of black people and women has improved greatly. Christians were in the forefront of both those movements; whether you look at early women’s rights advocates, like Susan B. Anthony, or the abolitionists or Lincoln, or Martin Luther King (Baptist pastor). So that ain’t “secular” stuff. It was mostly Christian-inspired.

They are treated much better (thank God). Meanwhile, 55 million babies have been murdered in their mother’s wombs. So what good is it overall if we learn to treat two large groups better and mercilessly slaughter exponentially more human beings before they see the light of day? You say that is “progress” and “enlightenment” and tolerance? I say it is a moral sewer, making us the most wicked nation in the history of the world (as I have argued for 14 years now). Nor is that merely “Bible standards.” Opposition to abortion goes back at least as far as the Hippocratic Oath, in pagan Greece, before Christianity existed.

It has gotten far worse, by any conceivable moral or sociological standard. We live in a hellhole now. You want to go into inner-city Detroit, where I grew up (or any inner-city of a large city) and tell me that things aren’t far worse than they were 50 years ago?

These things are self-evident. You may defend abortion, but you won’t defend a young black boy or girl being gunned down in broad daylight by some evil person passing by (almost always, statistically, another black person).

Some things are so obvious that they need not be proven with statistics, I mentioned one: illegitimacy. Lousy education, drugs, much higher divorce rates, would be examples of others. We didn’t have massacres taking place practically every week, in the America I grew up in (in the 60s).

According to a 2013 article about illiteracy:

According to the Department of Justice, “The link between academic failure and delinquency, violence, and crime is welded to reading failure.” The stats back up this claim: 85 percent of all juveniles who interface with the juvenile court system are functionally illiterate, and over 70 percent of inmates in America’s prisons cannot read above a fourth grade level, according to BeginToRead.com.

How wonderfully are we doing with illegal drug use? According to another 2013 article, After 40-Year Fight, Illicit Drug Use at All-Time High:

The human toll of this drug epidemic has been extraordinary: in 2009, drug use was responsible for the deaths of over 37,000 people in the United States — exceeding the number of traffic fatalities for that year. Over the past decade, the number of deaths due to drugs has doubled, as other causes of death have declined. These deaths occur every 14 minutes in our country. In Los Angeles County alone, over 800 drug-related deaths occurred each year from 2000 to 2009.

Who is it who says that divorce isn’t permissible? The Catholic Church, of course; just as it teaches against premarital and extramarital sex, abortion, drugs, contraception (it’s use is now astronomically higher than before 1960 and The Pill), and all the rest of the things that are destroying American society. Contraception and the anti-child mentality leads to a flat birthrate, or less births than necessary to maintain a population, which means (as is well-known) a cultural decline in many ways.

I stated in one of my replies: “Murder rates in many American cites are rapidly rising right now.”

Note that in a similar remark in my paper and in this one, I was specifically commenting on cities (esp. large ones), not the rate of murder in the entire country (including many far safer rural areas). That’s a different claim. Andre below challenged me on that, and lo and behold, the New York Times had an article three days ago:

“The Insiders: The murder spike in America’s cities is part of the Obama legacy”

We have a nearly 75% illegitimacy rate among African-Americans and alarming rates of broken homes in that community. The leading cause of death among young black makes is homicide (usually from other black males); people are graduating from high school by the millions being unable to read; broken homes all over the place, murderous sprees that we hear about all the time, that hardly ever used to happen, cities going bankrupt (like my Detroit), deteriorating race relations (due to nonsense like the “Black Lives Matter” radical group), and on and on.

Under President Reagan, the median income of African-Americans went up; under President Obama, they have decreased, and we know that increased poverty is a leading indicator of crime.

Just because some trends are positive (in ways even secularists / far left / atheists and I can agree about) doesn’t prove that it isn’t terrible that the things themselves are still here in massive numbers (abortion, illiteracy, divorce, etc.), in a way that they were not before. I could just as easily argue that such minor improvements in rates are due to traditional reaction to the wholesale destruction of moral tradition.

Of course illegitimacy is up in all groups. In 2013 it was 29.4% among whites. It’s now almost 75% among blacks (it was 14% in 1940 and 25% in 1965). We know that this is a major predictor of poverty, along with being a major indicator of a broken home, which in turn leads to more poverty and crime. We know this, without a doubt, from social science. I mention black people only to show that they are much more so the victims of the sexual revolution and the Great Society (which had the good intentions of trying to help them out of poverty, but with empty-headed ideas). The black family survived even slavery, but not the tragic liberal social engineering of the Great Society. See two articles on that; the first by the great black economist, Dr. Thomas Sowell (one / two).

Liberals / atheists / secularists may think we live in a wonderful time. I do not; sorry. I’ve given several reasons why. Relatively falling rates of some of the stuff does not overcome my overall impression of how things are, compared to how they used to be 50 or more years ago.

It’s a very different world, and as far as I can tell, almost all the negative changes flow from anti-traditionalism. It wasn’t the Catholic Church telling everyone to go have free sex to your heart’s content or to sit and collect a welfare check and tell your husband (or father of your child) to go jump in the lake (leaving a broken home); you can’t blame that on us.

The sexual revolution and the Great Society both kicked in in the 60s, and could be said to date from 1965, which is exactly 50 years ago. Social conservatives / moral traditionalists like myself often blame those two things for many problems that we see today. It was a simultaneous attack on both the work ethic and traditional sexual ethics.

And it’s within my lifetime (I was born in 1958). I can personally remember how America was a very different country. Some things are much better (like treatment of black people). But most things are much worse.

The worst aspect of the “Great Society” programs, begun by LBJ, was the greatly expanded welfare system, most specifically: the notion that a woman could get supported by the government just by having a child (Aid to Dependent Children), which caused many women to ditch the fathers, and made the fathers who couldn’t get a job be perceived as worthless.

That led to a rapid breakdown of the black family and the illegitimacy rates we have today, that rose in the black community from 25% (just in 50 years) to now almost 75%.

Democratic Senator and sociologist Daniel Patrick Moynihan (1927-2003) warned about such things in 1965 (including to the civil rights movement, which rejected or ignored them), but of course he was unheeded, because he made too much sense. Wikipedia describes his critique as follows:

[He] concluded controversially that the relative absence of nuclear families (those having both a father and mother present) would greatly hinder further progress toward economic and political equality. Moynihan argued that the rise in Black single-mother families was not due to a lack of jobs but rather to a destructive vein in ghetto culture that could be traced back to slavery and Jim Crow discrimination.

Now we (and esp. the black community, who were largely the intended recipients of this well-intentioned, dumb liberal “help”) have hell to pay for this disastrous social experimentation.

In all these cases, the culprit is liberalism / secularism / anti-traditionalism. If the teaching of the Catholic Church and other morally traditional Christian churches had been followed, most of these problems would be far less than they are. 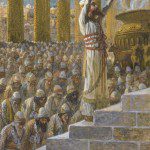 September 5, 2015
Reverence of Communion in the Hand: Biblical Considerations
Next Post 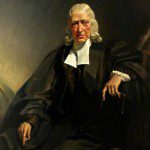