On the Complaint that Pro-Lifers are “Single-Issue” 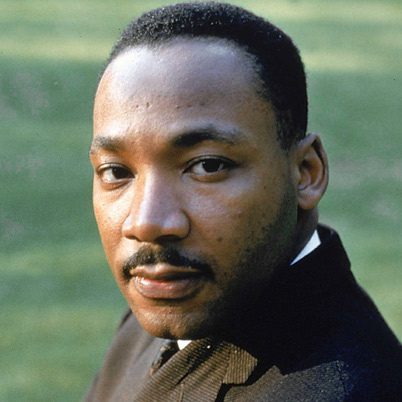 Rev. Dr. Martin Luther King was a pretty “one-issue” guy: his issue was equal civil rights for all Americans. One issue: all the time; 24-7. And he was right to do so. Likewise, today, abortion is the overwhelmingly most important issue, though there are many other ones, too. Just as Rev. King is not derisively blasted as “one-issue”, neither should pro-lifers today be treated in that fashion. [Flickr / CC BY-SA 2.0 license]

Many pro-lifers have whined and complained about the pope not talking about pro-life (either at all or not enough) in his speech to Congress. In fact, Pope Francis did talk about it: just not how these critics might have preferred (more air time and more explicitly and confrontationally). He referred to life at “all” stages. I can guarantee that the (roughly half) legal abortion advocates in the chamber certainly knew exactly what he was talking about.He also referred (as I heard and interpreted it) indirectly to cohabitation, same-sex “marriage” and the contraceptive outlook, in his remarks about the family. I readily agree that abortion shouldn’t be all we ever talk about, and it need not —  should not — be injected into every conversation. But on the other hand, we must (as a general proposition) never cease talking about it until the evil is removed from our society.

Pro-lifers are often accused of acting as if abortion is the only evil in society; as if there are not others of concern. The boilerplate accusation is that we care about preborn children, but not “post-born” children. That’s not true, either; it’s a bum rap.  But there is a partial point to be made there, that I have already conceded (and always have). We mustn’t have tunnel vision or be blind to other social evils and problems.

At the same time, it is unjust to be accused of being concentrated on “one issue” insofar as we talk about it a lot or make it our leading concern. 58 million legal murders in America since 1973, with no end in sight, and (I mention in passing) also a radical redefinition of marriage by judicial fiat are pretty important things. I don’t blame anyone for focusing on either issue.We Catholics (and fellow non-Catholic pro-life and traditional family values advocates) would love to talk about lots of other stuff, but since our culture has sunk so low as to not “get” either one of these rather basic and fundamental things (along with many sexual sins), we have to keep talking about them.

It was the same with Civil Rights 50-60 years ago, during the halcyon days of the great Rev. Martin Luther King. We have taught our children about that glorious period of positive social change: even visiting Dr. King’s house, his church, the place where he gave his final speech, and the motel where his life was sadly ended by a bullet from one of the haters. We’ve visited the spot where Rosa Parks took her stand (I met her once) and sat in the seat on the bus where she did it. As a result of these heroes, our country made some changes for the better.

Unfortunately, there are still many troubling aspects of race relations and disproportionate suffering among African-Americans that still need to be talked about quite a bit; and something needs to be done about the underlying causes, whether racism or flawed, albeit well-intentioned social policies that have caused particular harm to the African-American community.

The Vietnam War dominated many discussions in the late 60s and early 70s. I remember well! After 9-11 everyone was talking about terrorism and what to do about it. Today the right to life is of foremost concern, as it should be, until legal childkilling is eradicated, once and for all. Just as African-Americans, or before them, Native Americans had their rights trampled upon or lives snuffed out, today the child in his or her mother’s womb is the helpless victim being led to slaughter.

If we hadn’t kept talking about childkilling these past 42 years, we wouldn’t have seen the small progress we have made, in abortion restrictions and lowering the number of death clinics, and abortions per year by some 400,000. We wouldn’t be having the nationwide discussion about the ghastly butchery that takes place every day in Planned Parenthood death clinics, if pro-lifers had shut up and had muzzled themselves under the constant wrongheaded accusation of being “one-issue” people. I will never stop talking about preborn children being slaughtered day in and day out. I will talk about lots of other things, too, but I will never forget these forsaken children, or forget what this culture of death has done to our once-great society and will continue to do. Abortion remains the most important ethical issue of our time, and the law that must be changed in America. Now we have to fight for the definition of marriage, too, because of one Justice who imposed a flawed definition on all of us.

I heard Vice President Joe Biden state in a recent interview that “abortion is always wrong.” Good for him. The problem, however, is that this is the familiar so-called “pro-choice” position. If we believe something is truly wrong, then we should also consistently oppose it in law. Laws invariably reflect the moral views of the populace.

It’s pretty important to determine if someone is a consistent Catholic, to see what their view is on torturing and murdering a preborn child. It’s a dealbreaker. Do we say, analogously: “X is a great Catholic, but he has this unfortunate tendency of despising black people [or Jews, or any other group]”? No; that’s a dealbreaker, too. It’s understood that certain things are non-negotiable. If one is a neo-Nazi or in the KKK, he or she is not a consistent Catholic. It’s the same thing with advocacy of legal childkilling. 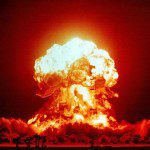 September 23, 2015
Atheist John Loftus Reacts to My Analysis of His "Deconversion"
Next Post 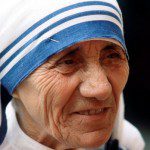