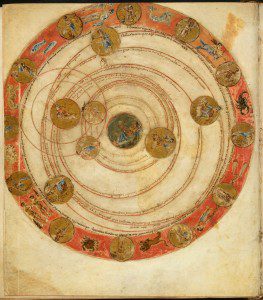 I’ve been hoping for years that Karl Keating would write many more books than he has. Now, with a change in the nature of his position at Catholic Answers, it looks like he will be able to devote himself more fully to just that, and this is great news, since he is one of the more thoughtful, dependable, and insightful apologists writing today (not to mention very stylish and entertaining).The more the merrier, and if this book is any indication, we are in for a fabulous ride, reading the books to come, from the man whom I (and many) consider the “father of the modern Catholic apologetics revival.”This topic was virtually screaming for treatment in a book, and I knew that Keating had been following it closely, from my own interactions with him, and following his Facebook page. An excellent website, Geocentrism Debunked, has been around for a while now: overseen by Catholic writer and apologist David Palm. The time had also come for a book.And what a book it is! Keating systematically dismantles the fraudulent and often downright ludicrous claims of geocentrism, in a “storytelling” style (focusing, as he says, primarily on the main figures of this movement, and their quirks and fallacies and foibles). It reads almost like a novel, except that “the characters depicted herein” actually exist. Truth being stranger than fiction, here we have a true story that outdoes the wildest science fiction imaginable.The central “character” of this book, Robert Sungenis, has slowly descended into an increasingly bizarre geocentrism, accompanied by various shady conspiracy theories. Sungenis has almost become a caricature of all the worst traits of fundamentalists: wooden interpretation of the Bible (including rank heresies about God Himself, such as that He — an omniscient Being — can change His mind) and scientific data alike, misplaced dogmatism, massive paranoia about disagreements, and seeming inability to comprehend context, background, or opposing arguments.Keating documents Sungenis’ (and other fellow geocentrists’) follies with devastating cumulative effect. The saddest aspect of Sungenis’ “thought” is his anti-Semitism. Keating notes that he wrote countless articles about the Jews and all their allegedly nefarious beliefs and practices, from 2002 to 2013, and then suddenly he stopped and removed what he had on his website: all because of the science documentary he helped produce (The Principle).Anti-Semitism is, unfortunately, but one of a long line of conspiracy theories Sungenis has adopted, as Keating notes, including the Titanic being deliberately attacked, as a sort of blueprint for 9-11, dinosaurs co-existing with men, faked moon landings (orchestrated by famed movie director Stanley Kubrick: a Jew, of course). Jews took out JFK, and tried to ruin Bill Clinton through Monica Lewinsky, etc. Jews, you see, not radical Islamist jihadists, were responsible for 9-11 . . .In the midst of all these (to put it mildly) “eccentricities” Sungenis and his geocentrist cohorts think that the earth is stationary (doesn’t rotate) and is circled by the sun (and indeed the entire star field!) every 24 hours. One of the most fascinating refuting arguments that Keating presents in this endlessly intriguing volume is the question of geostationary satellites and the huge difficulties they pose for geocentrists. The argument is far too complex to summarize, but suffice it to say that it’s a particularly fun chapter and will certainly hold any science-loving reader’s attention.Keating concludes this chapter, by stating: “This is why he and other geocentrists, such as Gerardus Bouw, devote few pages to a discussion of geostationary satellites. It is to their advantage not to draw anyone’s attention to one of the most glaring deficiencies of the geocentric proposition.”Another highlight of the book was an account of the “softball” interviews of Sungenis and his associate Rick DeLano, on Michael Voris’ Mic’d Up broadcasts (8 January and 28 May 2014). DeLano’s science education turned out to be (in his own words) “general science classes at my primary and middle schools.” Not impressive, especially given his typically grandiose claims and ludicrous posing as some sort of scientific “expert.”These are just a few highlights among so many in the book. I give it my highest, most enthusiastic recommendation. Buy it, read it, and let others know about it. The Catholic Church has enough real problems (being made up of human beings) without this sort of nonsense being promulgated, as if it were respectable science. Fortunately for us Catholics, most people seem to know that this is fringe stuff: in no way representing mainstream Catholic thought or doctrine. But it’s always good to know precisely why it is lousy science. Hence the utility (and timeliness) of this book.

The Bible is “pre-scientific” and describes celestial occurrences in phenomenological terms (how they appear to the human eye; just like we say, “the sun rises . . . “). I would say that the Bible teaches that God is the center of the universe, upholding it by the word of His power; not the earth . . .

God oversees the universe through the laws that He set in motion, which are not supernatural, but natural.  It doesn’t necessarily rule out natural phenomena, simply because the Bible says, “God did it.” We could also say that God “sent” a hurricane: not directly, but because He established and oversees the laws of nature by which it came to be.

For example, God said He would judge Israel if it went astray. Is that supernatural? Well, in terms of His providence, yes (ultimately), but He used Nebuchadnezzar as His agent, to judge Israel. Nebuchadnezzar just did his thing, as a Babylonian king, but God used him for His purposes. 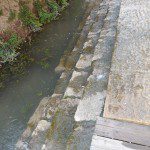 September 16, 2015
My Wedding Ring: A Third-Class Relic (from Visiting Israel)
Next Post 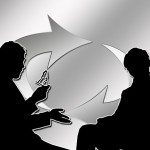 September 17, 2015 Dialogue on the Prospect of Constructive Atheist-Christian Discussion
Recent Comments
0 | Leave a Comment
Browse Our Archives
get the latest from
Biblical Evidence for Catholicism
Sign up for our newsletter
POPULAR AT PATHEOS Catholic
1 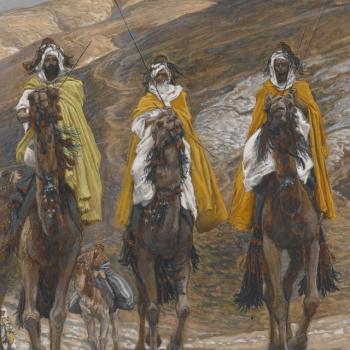