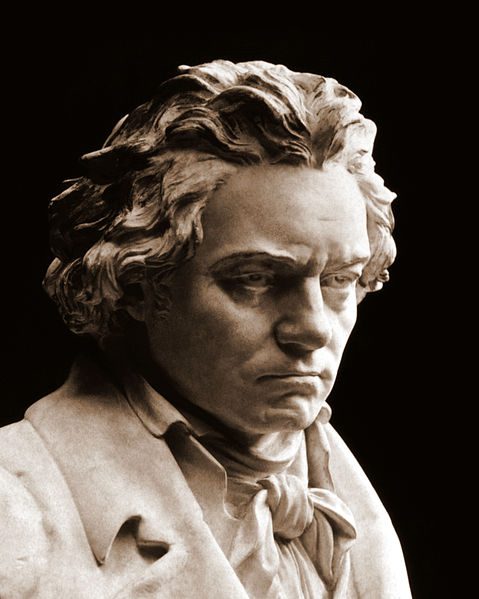 This has been a fun pastime of mine, as of late. Beethoven symphony lovers basically fall into three camps: 1) the classical interpretation, 2) the Romantic interpretation, and 3) the “period instruments” preference. I am firmly in camp #2, as a Wagnerite and Mahlerite, brass lover (I played trombone in a great high school orchestra), and one who considers Beethoven as very much the First (and excepting Wagner, the best) Romantic composer: not the last of the classical composers (a la Mozart).

So the Romantics perhaps push Beethoven beyond what he himself would desire? Probably so, but I still like ’em played that way, whether Beethoven rolls over in his grave (like the rock song) or not! I think his music is quite forward-looking, not hearkening back to the 18th century. The period instruments movement is more so like the classical interpretation, and offers absurdly fast tempi (at least according to what might be called “conductors’ tradition”). That might be fascinating musicology; not so pleasurable listening.

Beethoven’s contemporary Schubert was also clearly moving decisively to more Romantic styles in, e.g., his 8th and 9th symphonies. I think Beethoven was already doing that by the time of his Third (“Eroica”) Symphony, way back in 1803; whereas the 9th was completed in 1824.

This colors what I like and don’t like in recordings. I have the concept in my head already, of “how the 9th should be played.” It should be thunderously dramatic, ponderous when it is supposed to be, sublime, majestic, dynamic in every sense, electric, solemn, and appropriately slow where it is “supposed” to be (mostly, the third movement), etc. The brass should be well-heard and dominant where it is featured.

In my listening to various performances of the work, I ruled out BPO (Berlin Philharmonic) with Ferenc Fricsay (1958), but don’t recall why. I’ve also rejected VPO (Vienna Philharmonic) and Schmidt-Isserstedt (1966), which I thought was too perfunctory and lacking in spirit, dynamism, and punch (which is probably my opinion of the classical interpretation, whereas those who favor that would think of what I prefer as bombastic and overblown, etc.). The singing, however, was fabulous, with the magnificent Joan Sutherland (who was 6’2″!) and Marilyn Horne acing the two female solo parts.

I also listened to VPO with Karl Bohm (1971) a few years ago and rated it as 3 stars out of 5. That surprised me because his recordings of symphonies 3 and 6 with VPO are my very favorites. I don’t think his #6 will ever be surpassed by anyone. I’ve been enjoying it for 40 years.

In the last week, I listened to two more. BPO/Karajan, from 1976 I rated as three stars. It had particularly good first and third movements, and is highly rated in many classical CD guides (of which I have seven in my library), but I couldn’t get past what I felt were sound and balance (probably microphone placement) problems and a lousy choir. In my opinion, Deutsche Grammophon recordings rarely if ever equal the warm, golden, spacious sound of Decca / London classical recordings. I don’t consider this as even arguable. Decca reigns supreme. Whatever they do or did, everyone else should copy. The closest is the old Columbia recordings of the late 50s through early 70s.

Many critics are also very high on BPO/Karajan from 1962. I listened to that and it got five stars! My comment on it: “dramatic, dynamic, and heartfelt; great sound.”

Next on the docket was the critically highly regarded Cleveland Orchestra recording with George Szell (1963). It was pretty good (none of his recordings ever fail to be that), but again kept from a 5-star rating by the sound (slightly “tinny” and “lo-fi” sounding, as if the microphones were too close, or clogged up with gum). And I listened to it on vinyl, so this wasn’t merely CD transfer problems. I also thought the 3rd movement was played too fast and that is one of my “non-negotiables” in terms of looking for the “best 9th.” Very good, apart from sound difficulties, but no cigar . . . 3 stars/

I then listened to the Chicago Symphony (CSO) with Georg Solti (1972), which is regarded by not a few as the best (especially the singing). Going by my very high ratings of Solti in general: especially his Wagner, which is singular, I highly suspected that this might be “the one”. But it wasn’t. I gave it four stars, noting, “balance problems, lacks intangible elements in I, III.”

I listened to VPO/Bernstein (1979), and sure enough, ol’ Lenny pulled off a five-star performance. The orchestral playing was impeccable: not surprising considering that the VPO is the best in the world. There is an intangible element here. Bernstein himself perhaps captured it in his notes for the album in 1980: “. . . in Vienna, Beethoven’s own city, and with that orchestra, his music suddenly acquired a place in the universe, and seemed to elicit from my mind ever new ideas about the composer’s deepest intuitions.”

I believe that one can hear that in this recording. The first movement is a dynamic powerhouse, the second a taut and dramatic rhythmic feast, while the third is a sublimely spiritual and sentimental fantasy-land for the heart and soul. The fourth movement is everything it should be, with fabulous singing. The Vienna strings steal the show throughout. This performance / recording captures the spirit (and above all the endless energy) of Beethoven, in my opinion. That is the simplest one-sentence summary.

I give Lenny the nod as the “perfect” performance and recording, but BPO/Karajan (1962) is very close, and I managed to hear a third 5-star performance: Philharmonia/Furtwangler from 8-22-54, which I described right after listening, as “overpowering, majestic, inspired!”

I look forward to more recordings, since none of the above were later than 1979. There may be some new masterpieces awaiting . . . Any and all feedback welcomed! 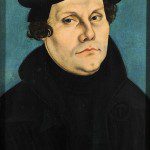 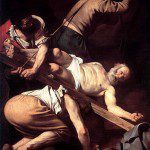 September 22, 2015 Redemptive Suffering (For the Benefit of Other Persons)
Recent Comments
0 | Leave a Comment
Browse Our Archives
Related posts from Biblical Evidence for Catholicism 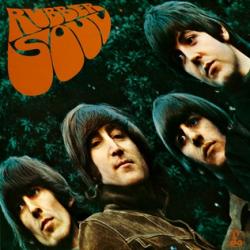 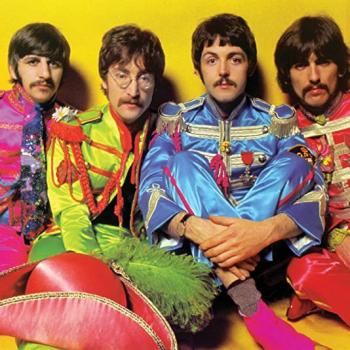 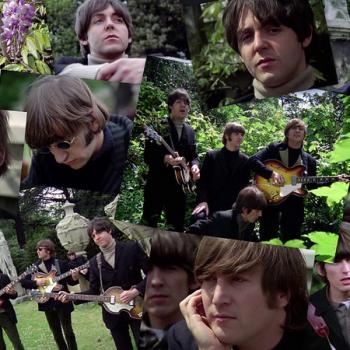