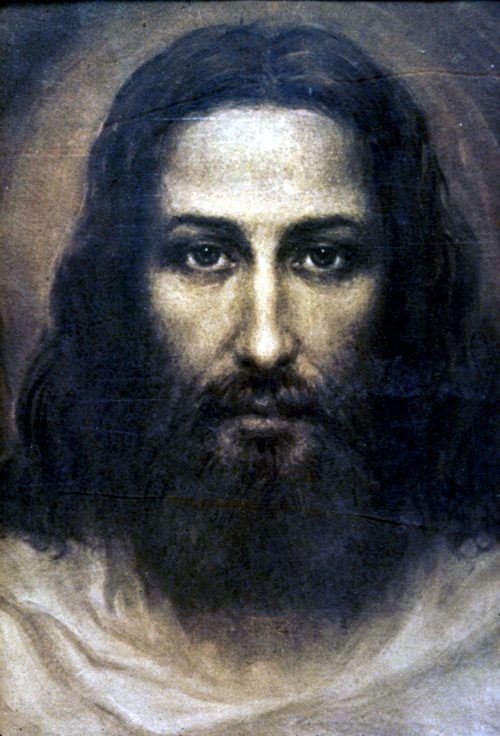 Jesus Christ: portrait by Ariel Agemian, based on the image on the Shroud of Turin. [Flickr / CC BY 2.0 license]

Manuscript evidence and reliability and verification from archaeology of the New Testament (and the Old Testament) leads to the conclusion that we can be assured that we have the actual words of Jesus.

Before we even get to the question of miracles, or a purported resurrection, we have to deal with that. This person, Jesus, existed, and said some pretty remarkable things.

Foremost among these striking words was His claim to be God, which is so ubiquitous in many different expressions in the New Testament  that it can’t possibly be denied or dismissed.

The observer has to decide what to do with that. Then it becomes C. S. Lewis’ classic “trilemma”: the choices seem to boil down to “Lord, Liar, or Lunatic.”

Jesus seems far too good and compelling of a figure to be a lowly liar. He seems far too psychologically healthy and sane in every way to be a lunatic. That leaves Lord: He was Whom He claimed to be.

If one reaches that point, then the possibility of miracles is much more plausible. If indeed there is a God and if indeed He came down from heaven, then we would fully expect amazing things to happen, including miracles. And of course that is exactly what we get with Jesus. It all goes together.

The Christian looks at all this and says in faith, “Yes; He is God! And God can easily do things like rise from the dead. No problem whatever.” Etc.

We see the beauty and profundity and wisdom in Jesus and it touches our souls. His words move us like no other words. We receive them as self-evidently true, and by God’s grace we believe in Him, in faith. And it transforms our lives in doing so, as it has mine and millions of others.

You can mock us, say we’re gullible and stupid and infantile and anti-scientific, and all the rest (all lies in terms of being generally true), and be skeptical all you like, but when a person’s life is changed for the better, and they have found a peace and joy that surpasses anything else in this life, they’re gonna follow that path, no matter how difficult it may be at times.

It’s like if someone truly falls in love with another person and has found that happiness, and all the people around them try to convince them that they don’t really feel better; that they are not in love at all. It’s just a big illusion. It’s like the old Simon and Garfunkel song, I Am a Rock, where the singer cynically believes that love only causes pain, so he removes himself from it and thinks he is “happy” in so doing. Some of the lyrics might even be thought to apply to how some atheists reject God and the joy and peace therein: that comes from knowing Him and letting Him transform one’s life.

Do you think the young lovers care about all that? Will they give up on their newfound love because others who don’t and can’t experience their love deny that it exists?

No, of course not. They won’t even do it if their best friends or parents advise them to do so. That’s how we are with atheists and skeptics. They’re not in our skins. They can’t deny the validity of our experiences with the waving of hands and the shaking of heads, smirks and rolling eyes, and all the supposed “knowing” and allegedly intellectually superior garden-variety objections. It just doesn’t work.

I have sometimes compared the feeling of being in love (especially unforgettable young love) with belief in God. Asked why we believe in God, Christians are often at a loss at such an incredulous question, because it amounts to a million reasons and yet one overall reason (it’s the truth and reality of things). We feel like a mosquito on a beach on a sunny day: we have no idea where to go first!

Just as a happily married husband or wife can’t readily answer why (or all the reasons why) they love about their spouse; why they chose to marry them; so it is with our allegiance to God and being His disciple. Some things ultimately go beyond words, and that’s okay. Many of life’s finest and best moments are nonverbal. Words aren’t always required. Explanations certainly aren’t always necessary for something to be real and valid..

Following this analogy, what I recently wrote about my wife Judy on the occasion of our 31st anniversary just as easily applies to God in my life.  Just as we likely can’t explain in depth (or adequately) how a treasured spouse has so positively influenced our lives (and the very question seems out of place and inappropriate and even silly), so it is also, explaining how God has done so (especially to atheists, who tend to be very skeptical of it at every turn, and often pointedly dismissive). Here are my words about my wife  (modified only slightly for a better “fit” to describe a relationship with God):

I can’t imagine what my life would be like without You by my side, and (metaphorically) behind me.

I wouldn’t be able to do what I do: not even close.

I wouldn’t even be who I am. I don’t know who I’d be, but I’d be very different, for sure. That’s how much You have formed and shaped me.

We’re so much “one” that I can’t conceive in the slightest not being your disciple these past 38 years.

I’m so thankful and grateful to You that words can’t even begin to describe it.

I LOVE YOU! I ADORE YOU!

If a person is joyful and happy and fulfilled and at peace as they never have been before, and in a relationship with God, they know it; know that they know that they KNOW it, just as they are quite sure when they are in love with another human being, and absolutely sure that it is neither an illusion nor a delusion.

I wrote similar thoughts in another paper:

When atheists become theists or Christians, it’s almost always based on something other than classic theistic arguments, just as is the case with anyone who converts to Christianity as a result of any sort of sincere, serious reflection: reasons beyond happenstance or wanting to marry a girl or guy, etc. This was true in my own case as well.

My evangelical conversion to Christ in 1977 at age 18 was based on intuitive, moral, and “nature mysticism” considerations, including being deeply moved by an excellent dramatic portrayal of the Gospels: Jesus of Nazareth. And it proceeded in another sense from existential (virtually nihilistic) despair: my six-month clinical depression. My Catholic conversion in 1990 was based on a growing admiration of Catholic moral theology and historical study of development of doctrine and the 16th century religious conflicts.

Neither had anything to do with being convinced by some rational argument in favor of God’s existence [or in favor of the uniqueness and “fullness” of the Catholic Church], though reason was involved at a very deep level: especially in my Catholic conversion. No one cares about the arguments for God except a few philosophers and apologists who love to speculate about such things, and mostly talk to each other up in ivory towers or the back pews of churches after everyone else leaves.

That’s why it makes up very little of my overall work in Christian apologetics that I have been doing for 34 years now. It’s not how probably 99% of people become convinced of God’s existence or the truth claims of Christianity. They usually do because of an intuitive moral sense or some sort of personal experience: either of going through despair (as I did) or finding true peace and happiness within Christianity that they had never possessed before.

[We have] internal experiential / spiritual witness of the sublimity and profundity of biblical words. God profoundly changed my life. And this is true of many millions of people. The content and message of Christianity has transformed my life and has brought peace and joy and fulfillment. 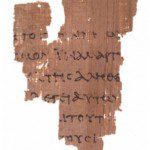 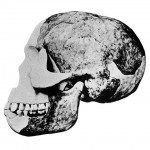 October 10, 2015 Atheist Premise-Driven Misunderstandings of Theistic Arguments
Recent Comments
0 | Leave a Comment
"You're welcome. Thanks for your kind words."
Dave Armstrong COVID Vaccines, Facts, & Conscientious Objection
"Thanks Dave for great article. Appreciate the research and arguments, facts, and opinions. I too, ..."
David COVID Vaccines, Facts, & Conscientious Objection
"No you are changing the subject. The original post by Jim was implying that atheists ..."
WayneMan Problem of Good: More Difficult than ..."
"One unrealized factor: viruses (including covid19) are most contagious the day before and when symptoms ..."
Fran Mayes COVID Vaccines, Facts, & Conscientious Objection
Browse Our Archives
get the latest from
Biblical Evidence for Catholicism
Sign up for our newsletter
POPULAR AT PATHEOS Catholic
1