Is Invocation of the Saints Equivalent to Necromancy? 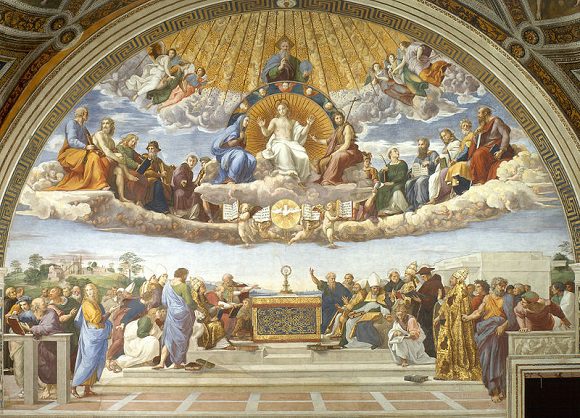 The Catholic answers as follows (from my book, The One-Minute Apologist):

Catholics fully agree that these things are prohibited, but deny that the communion of saints is a practice included at all in those condemnations. The difference is in the source of the supernatural power and the intention: if a Christian on earth asks a saint to pray for him, this is directly supported by the biblical indications above, and God is the one Whose power makes the relationship between departed and living members of the Body of Christ possible. The medium in a séance, on the other hand, is trying to use her own occultic powers to “conjure up” the dead. That also opens up the possibility of demonic counterfeit. Catholics aren’t “conjuring” anyone or trying to use self-generated occultic powers. We’re simply asking great departed saints to pray for us. If they are aware of the earth, then God can also make it possible for them to “hear” and heed our prayer requests. If this weren’t the case, then saints and angels in heaven wouldn’t be portrayed as they are in Scripture: intensely active and still involved in earthly affairs.

David W. Emery: my co-moderator at the Coming Home Network Discussion Forum (from 2007-2010)

You asked about necromancy (conjuring up the dead and communicating with them). The reason this was (and is) prohibited is not because those who have passed on are dead (or alive, depending on how one is speaking, with reference to the distinction made above), nor because communication with them is either impossible or sinful, but because they are being conjured and communicated with for an evil purpose.

Necromancy is morally similar to voodoo practices in that it does not respect other humans, whether of this world or the next. Its purpose is to gain power over the “spirits” (whether souls or demons) in order to accomplish some earthly goal. In some cases, somebody just wants to know if a recently deceased relative is “all right” (a common concern among the religiously illiterate, based on a misunderstanding of eternal life). But in others, it gets seriously into attempting to force the spirits to provide the one for whom they are conjured to bring about a selfish goal: money, love, revenge, etc.

Now how does “praying to the saints,” Catholic style, differ? First, we must make the distinction between saints and “spirits” in general. I mentioned above that necromancy deals with the souls of the damned or evil spirits (what we call demons). This is in consonance with its goals and intents. On the other hand, a saint is not in hell, but in heaven; the same is true of an angel. If the angel Gabriel can speak to Zacharias, Mary, Joseph and the shepherds (Luke 1:11–20, 26–38; 2:9–14; Matthew 1:20–21; 2:13, 19–20), so can a saint. For they are both spirits from heaven and on a mission from God.

Notice, too, that the human beings in the scenes I cite see and hear and respond to the angels. Many human beings are blessed with visitations from heavenly beings. It is not for earthly purposes that they come, but for God’s purposes.

It is also God’s will that we humans receive a variety of helps through the ministry and intercession of the angels and the saints. Why? Because heaven is a place of charity (love), because God is love. The chief property of charity is love of others; are we on earth not exhorted to “love one another as I have loved you” (John 13:34)? Hence the desire to help others from heaven. This desire is granted by God, because of who and what he is. Therefore, the saints and angels do aid and intercede in human affairs because God so wills it, “on earth as in heaven” (Matthew 6:10).

Some object that the Catholic position on intercessory prayer is the same as necromancy, that is, calling upon the spirits of the dead to find out the future or obtain other information. Necromancy is a grave sin that, far from fostering communion, shows a lack of faith and trust in God. Necromancy was punishable by death under the Mosaic law (Lev. 19:31, 20:6). Some of the early Israelites practiced necromancy, including Saul (1 Sam. 28:3, 8-14), and they were punished severely for doing so (1 Sam. 28:17-19). This practice offended God (2 Kings 21:6) and led to the destruction of Israel.

Catholics do not practice necromancy, which is explicitly forbidden by the Church (cf. Catechism, nos. 2115-17). Rather, they ask for the prayers of the saints to foster communion in the Family of God.

Seeking the intercession of the saints is not necromancy for two reasons. First, necromancers are usually trying to receive information that they do not have, such as what will happen in the future. Asking the saints to pray for us, however, is not a form of divination or fortune telling.

Second, necromancers are also trying to bring back and control the souls of dead people. Catholics, on the contrary, believe that those who have died in God’s grace are not dead but truly alive, and are able to help us by their prayers. As Jesus says, “[Moses] calls the Lord the God of Abraham and the God of Isaac and the God of Jacob. Now he is not the God of the dead, but of the living; for all live to him” (Lk. 20:37-38).

According to Jesus, death cannot separate the faithful—such as Abraham, Isaac, and Jacob—from God. And, if they are alive to God, they must be alive to us through Him as members of His one body. Otherwise, contrary to what Saint Paul says, Christ’s victory over death was incomplete, and His body is not truly one (cf. Jn.17:21; 1 Cor. 12: 12,13; 15:14 et al). 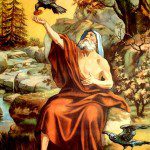 October 24, 2015
Biblical Evidence for Prayers of the Righteous Having More Power
Next Post 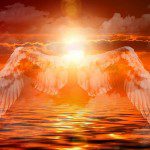