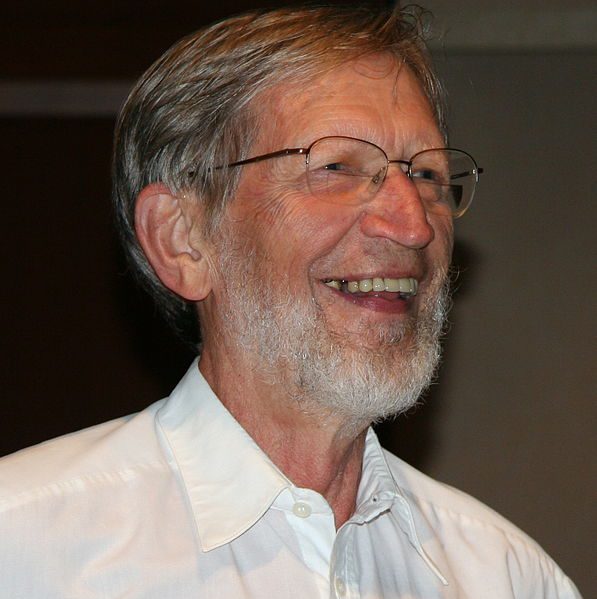 If I’ve heard it once, I’ve heard it a thousand times from atheists and agnostics: “how can I believe in a ‘god’ without direct empirical evidence? Unless ‘he’ appears to me personally or rearranges — before my eyes — the Statue of Liberty into a giant sentence that reads ‘God exists’ then I have no reason whatever to believe in such a supposed deity.” It’s a bit of a mantra or sloganistic maxim, I guess. The atheist learns to say this 4,817,022 times, just as the TM practitioner says “om” over and over.

This is the first myth that many of them swallow uncritically: that empiricism is the only method to achieve high epistemological assurance; in effect, the only form of knowledge. What they think is a knockout punch and profound observation is demonstrably an utter falsehood. The usual atheist mantra also exhibits (I must say) considerable ignorance as to what has happened in the field of philosophy since World War II — with logical positivism essentially meeting an ignominious death. I have dealt with this preliminary consideration in several papers of mine:

Must Christianity be Empirically Falsifiable?

On Whether Atheism is Inherently More Rational & Scientific, … Than Christianity

The Atheist Fairy Tale of “Christianity vs. Science and Reason”

Dawkins & Double Standards of the “Religion vs. Science” Mentality

Dialogue w Atheist About Miracles & Openness to Evidences and Proofs

I have argued (using the reductio ad absurdum technique and satire and sarcasm), that atheism utilizes even more faith, and acceptance of axioms (that are unproven by definition) than Christianity does:

Atheism: the Faith of “Atomism”

Now, it is quite fair and reasonable for the agnostic or atheist, granting the above, to proceed to ask: “You’ve given a good critique of a tunnel-vision, philosophically and epistemologically naive, ’empiricism only’ view; but what is the basis of your non-empirical belief in God and Christianity?” This aspect is not something I have written much about, precisely because it is very deep waters, and others have done a far better job of explaining it than I could ever hope to do.

I did enjoy one great recent dialogue on “properly basic beliefs,” and took a shot at presenting a popular, layman’s version of the old ontological argument (one of the classic theistic arguments):

The latter three posts are the closest I came to directly treating these topics of “non-empirical justification for Christian beliefs,” but they barely scratched the surface. The materials recommended below go into it in the greatest depth.

I haven’t dealt in depth with this issue, myself, mostly because Christians aren’t demanding it. People become Christians, by and large, for many reasons, but rarely is it the case that they do as a result of the conclusion of a complicated philosophical chain of reasoning, arguing for God’s existence. They do for reasons that they may not be able to personally articulate, but which are valid and able to be defended by philosophers. Philosophy of religion is the pastime or purview of atheists, agnostics, and apologetics- or philosophically-minded “egghead”-type Christians: the sort of stuff that occupies late-night discussion in dorms of Christian colleges. No one beyond those groups cares much about it.

Since apologists like myself have the task of meeting people (usually Christians, as it turns out) where they are at, and providing answers to roadblocks or stumbling-blocks to faith, I’ve been doing that, and these issues simply haven’t come up very much.

Now I am in a venue (Patheos) where atheists are much more prevalent, and are interacting with some of my stuff and that of other Christians who post on the site. So it is now coming up more often. Sheila Connolly, a friendly agnostic and former Christian who appears to me to be sincerely seeking to find answers to these sorts of important questions, has been pressing me to offer her something solid. Here are her own words:

The real debate between Christianity and atheism/agnosticism is about epistemology, not specific facts, but no one wants to talk about epistemology. They say empiricism is bad, but no one is able to explain how else we are supposed to know about anything, considering humans take in information only through our senses. I don’t know if people are at a loss for an argument or if they’re just bored with the topic, but they always bail when we hit epistemology, calling me “excessively skeptical” or “unwilling to believe.” I’m willing to believe, I just don’t see that these beliefs are justified.

If atheism is something you want to discuss (and you seem conflicted about it; you’ve posted a lot about it lately but I don’t think it’s your main area of expertise), then I really recommend you focus on epistemology. How are we to know the right thing to do is to believe on less evidence than would be acceptable in science or history? What are your methods for separating the true from the false, and do they really work in other cases at separating the true from the false?

I’ve been talking about epistemology all along. I have said (several times in comboxes in various atheist threads) that if you want to understand Christian epistemology and our rationale for belief in God, read Plantinga, Polanyi, and Cardinal Newman. I’ve already had a long dialogue with an agnostic about Plantinga and properly basic belief. Yet you say I have “bailed” from epistemological discussion. Empiricism is great, not “bad.” It’s just not all there is, and anyone who is more than a novice in philosophy knows that.

I read your post on Plantinga and commented there and elsewhere on your blog about the topic of basic beliefs, but no one answered my objections.

To repeat them: given that many intuitive beliefs turn out to be wrong — for instance, you might think you recognize a face in a crowd but it’s actually a stranger; or you think someone is watching you but no one is — how can you check these beliefs? In all other cases, you can consider questions like, “What sense-information leads to this belief? What predictions can I make based on this belief, and if I test them, will they come true?” But with God-belief, it is admitted not to come through the senses (unless we posit a sixth “God sense”) and no one is willing to predict anything based on it, or to test it. In short, I can understand how a person could *have* a basic belief, but I don’t see it as demonstrated that a person ought to *trust* a given basic belief.

My second question is, what should people do who do not have this experience? For me the existence of God is not a properly basic belief. So how do you expect me to move from nonbelief to belief? Why does God expect me to move from nonbelief to belief while neither providing empirical evidence nor providing an interior sense of his presence? And most of all, why do you bother with apologetics if it all comes down to basic beliefs? Those who have an interior experience of God will believe regardless of what you say, and for those who don’t, you acknowledge that you don’t have sufficient proof of any other kind.

I don’t read all your comments everywhere, because I don’t have time to read all of Patheos (does anyone??) but if you’d like to refer me to what you’ve written elsewhere, just drop a link. If you’ve got it, I’ll read it.

This particular thing I haven’t written much on (and certainly not in the depth it deserves and requires), which is why I keep appealing to Alvin Plantinga, Blessed John Henry Cardinal Newman, and Michael Polanyi, who have done so.

Here is an article about Michael Polanyi (1891-1976) and “tacit knowledge”. The Polanyi Society collects a lot of materials about him, including many papers. Of particular interest for our present topic is “Tacit Knowing: Its Bearing on Some Problems of Philosophy” and “Faith and Reason.” See also the Polanyi entry in the Philosophy Research Base, his books on Amazon, articles about him, and a biography.

Alvin Plantinga (b. 1932) is considered the leading Christian philosopher in the world. Most of his books (see them on Amazon) are available online for free (such as at Goodreads), and here is a long list of his papers, able to be read online. Of particular relevance to this discussion are his papers, “On ‘Proper Basicality'”, “Materialism and Christian Belief”, “Epistemic Justification”, and “The Foundations of Theism.” A second collection offers some more paper, including the enticing title, “Intellectual Sophistication and basic Belief in God.”   See also a great interview of Plantinga in The New York Times.

There are also a number of good You Tube videos of Dr. Plantinga on these questions, such as “Theism, Naturalism, and Reality” (+ Part 2), a Q & A on Science and Religion, a debate with Daniel Dennett on whether science and Christianity are compatible, another lecture on the same topic, and “An Evolutionary Argument Against Naturalism.” PLantinga used to teach at my alma mater, Wayne State University in Detroit.

Cardinal Newman‘s 1870 book, Essay in Aid of a Grammar of Assent (available online) is very dense and heavy, but if you want epistemology, it’ll fill you to the brim with that, and then some, till it’s coming out of your ears. It’s an extended philosophical treatment of the (mostly non-empirical) warrant or justification for Christian (and Catholic) belief, including his famous treatment of the “Illative Sense.” His arguments anticipated the “tacit knowledge” concept of Michael Polanyi by 80 years. I believe this work is one of the best treatments of philosophy of religion or Christian epistemology ever penned. It would challenge anyone and provide much intellectual stimulation, agree or disagree.

Another renowned Christian philosopher who writes about the basis for Christian experience and belief is the late William Alston (1921-2009). I had the pleasure to meet him once, when I hung out at the Wayne State Univ. Philosophy Club). He specializes in epistemology. Here is a brief biography describing his work, a more lengthy one,  and two of his papers: “Religious Experience and Religious Belief”, “What is Naturalism?”. See also his books on Amazon.

If Polanyi, Plantinga, Newman, and Alston don’t convince an atheist or agnostic (about anything), I certainly won’t come within a million miles of doing so (in which case, I’ll take a pass and Spend my valuable time doing something else). These sources, are, I believe, the very best ones I can recommend to atheists and agnostics, who are truly seeking to understand (not just shoot down) the rational and epistemological basis for Christian belief, and want to read the best Christian philosophical arguments to be had. 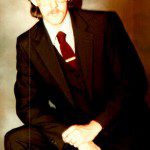 October 15, 2015
My Odyssey from Evangelical Protestantism to Catholicism
Next Post 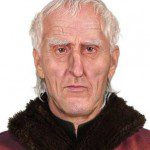