Debate on Whether the Story of Santa Claus is a Sinful “Lie” December 9, 2015 Dave Armstrong 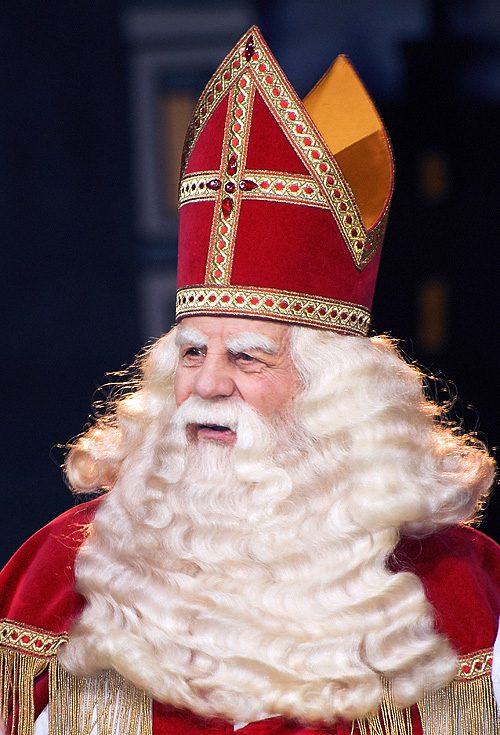 Grubb, one of our resident amiable Protestants, wrote (1-31-07 on my blog; see various other arguments of his on the same long discussion thread):

So is the Easter bunny evil? I won’t get into the origins of the Easter bunny which are more than likely pagan, but is telling one’s child there’s an Easter bunny acceptable? Jesus said in Matt 5:37, “Simply let your ‘Yes’ be ‘Yes’ and your ‘No’, ‘No’; anything beyond this comes from the evil one.”

The implication is that we should speak the truth so adamantly that we don’t need to swear in order for people to believe us in important matters. But if we tell our kids there’s an Easter bunny that comes around and leaves candy and eggs and stuff, are we damaging their ability to believe us wholeheartedly when they find out the truth? And even if they trust us completely after learning the truth, we’re told not to lie to each other, “Do not lie to each other since you have taken off the old self with its practices and have put on the new self which is being renewed in knowledge in the image of its Creator.” (Col 3:9-10).

YES [he’s evil]! He’s like a little demon; he comes into your home, tempts your kids with goodies so they become selfish gluttons, and get cavities; detracts from the celebration of Jesus’ Resurrection with eggs, silly baskets, etc. I feel the same about that evil tooth fairy (and Santa Claus ain’t far behind: talk about gluttony and materialism!). Away with all these evil demons!

We need to get rid of this little furry rascal, the Easter Bunny, immediately, and get our eyes back on Jesus, lest the Christian religion become totally corrupted. How about we set up “bunny traps” every Easter? That would solve two problems: rid the house of this beast and give us a good Easter dinner too!

I’m pretty sure the RCC teaches “Don’t lie” right? Paul said, “Do not lie to each other…” (Col 3:9). The church shouldn’t have to put a caveat on every situation: Don’t lie about your wife’s dress making her look fat; you CAN lie about Santa Claus but don’t have to; don’t lie about the Easter Bunny (he’s only a minor icon); do lie about eating the last piece of pie;… .

This is where I think we get caught up in our culture rather than in doing what’s right. It’s easy to say all of America does it, my wife’s family does it, and the church doesn’t condemn it; but I think the church should condemn lying, and we should do what we can to always be truth tellers. Jesus said, “Simply let your ‘Yes’ be ‘Yes’, and your ‘No’, ‘No’. Anything beyond this comes from the evil one.” (Matt 5:34) Could it be that the Easter bunny and Santa Claus come from the Evil One? And King Saul demonstrated that allowing people to do what’s wrong when we’ve been directly commanded to do the right thing has serious consequences (I Sam 15:22-26) Isn’t it a husband’s job to lead the family in ways that are right?

Since when have heartwarming fairy-tales been considered “lies”? I think this is a remarkably imagination-challenged mentality: all this business of anti-Santa Claus and the Easter Bunny. That’s why I resorted to humor. I usually do when I think a position is groundless and wrongheaded. Nothing personal against Grubb, of course. He’s a perfect gentleman and a great guy.

Children can’t yet fully distinguish between fantasy and reality. Since many fantasies and stories and fairy tales are wonderfully instructive and cultivate the imagination, I don’t see how anyone can say they are lying. They’re examples of fiction.

Young children are in a place where they are between fantasy and reality. So stuff like Santa Claus and the Easter bunny are simply means to make them feel that some of the wonderful fantasies actually come true. If the parents control these things so that only good stories of benevolence and caring and love are allowed, then I see no problem with this whatsoever.

What is Santa Claus if not (in one sense) just a small piece of heaven, for the wondrous period of childhood? After all, in heaven many of our deepest longings come true and we are totally fulfilled. So what is wrong about bringing that “world” to a child in a more tangible way?

I think to be against that is to have a mind that is “imaginatively stunted” (for lack of a better term). We don’t need to stifle imagination and fantasy; we need to cultivate a healthy Christian sense of them. This is what brought C.S. Lewis to Christianity. He loved fantasy and mythology; then he discovered (with a nudge from Tolkien) that Christianity was the true myth.

Now, with Santa Claus, of course it isn’t ultimately true in a factual, literal sense, but the truths conveyed are “true” in the sense that great mythology is “true”. It strikes a chord deep within the soul, of a world where such things can take place. Children are still capable of believing that it is possible. I see this as a little slice of heaven.

Children are closer to heaven in a sense because they haven’t been in this world long enough to become jaded or to lose faith.

In my opinion, To call this sort of thing a “lie” entirely misses the point. I welcome discussion on this as it is a very interesting topic. Nevertheless, I think one either intuitively “gets it” or they do not, and discussion about it is fairly futile, in terms of changing anyone’s opinion.

My opinion is that it’s not a “lie” to encourage children’s imagination (though I think the “con” position makes some good points). It’s known that young children blur reality and fantasy to a great extent anyway. For them, most of what they see is quite real. So it’s up to parents to choose to teach positive or negative things.

Myths (even something like Aesop’s Fables) often teach the deepest truths about life and right and wrong, but they do it in a way that’s different from historical narrative: by using symbols and fictional characters. But what lies behind all that is profound truth and wisdom.

The Bible itself does this to some extent. Aspects of the Adam and Eve story are likely allegorical. There may not have been an actual tree, or forbidden fruit, etc. It was illustrating the principles of obedience to God and it’s converse: rebellion. But they were real people, the first human beings, and they did indeed fall (original sin). This is what the story is showing, whether every last detail was “historical fact” or not. The book of Revelation has symbols and allegories (which has made it historically difficult to interpret in many ways).

We’re sort of in the middle (as so often). We’ve done the Santa Claus thing but at the same time we taught our children about the real St. Nicholas, to ground it in historical fact.

I would note that Santa Claus (as we know it / him) was largely a Protestant phenomenon, because of the antipathy to veneration of the saints; so it became secularized (for better or ill) to what we see today, whereas in the Catholic and Orthodox traditions (and to a lesser extent, Anglican) there was no problem with venerating (honoring) real persons in history, including St. Nicholas. 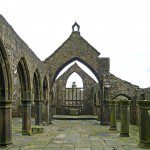 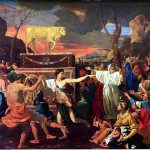