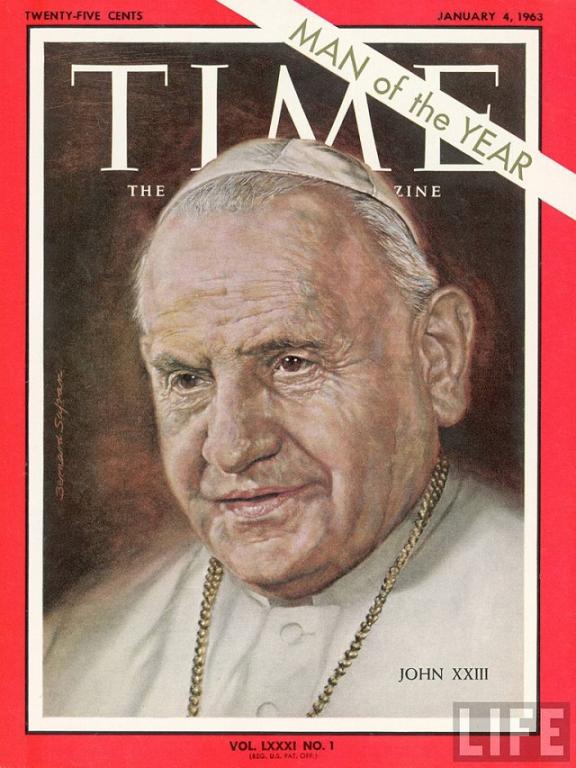 Jesus built His Church upon Peter (Matthew 16:9). Most Christians agree that St. Peter was the leader of the early Church and the disciples: whether they believe he was a “pope” or not. It stands to reason, then, that there would continue to be a leader, just as there was a first President when the laws of the United States were established at the Constitutional Convention in 1787.

Why have one President and then cease to have one thereafter and let the executive branch of government exist without a leader? Everyone understands that there is then a succession of Presidents and that it doesn’t end with the first one and the prototype.

So why do people think so differently when it comes to Christianity, which is in need of a governing body and person at the top of the chain of authority, just as any effective organization whatever has? Catholics are, therefore, applying common sense: if this is how Jesus set up the government of His Church in the beginning, then it ought to continue in like fashion, in perpetuity.

If indeed an office of the pope was truly intended to be set up by Jesus, why in the world would anyone think it was solely for the lifetime of Peter and then it would vanish? The Church supposedly had a supervisor for ten, twenty years, but then never did again? That makes no sense. What would be the point?

When other offices are referred to in the Bible (excepting the apostles and perhaps prophets: but there is a biblical argument that bishops are the successors of the apostles), they were clearly regarded as permanent and ongoing (deacons, elders, pastors / priests / bishops). By analogy, then, it follows that this office is perpetual, just as the others are. It also makes sense to have a chief bishop.

Moreover, the very nature of the concept of office is that it is larger than one mere person who occupies it: even the first and most extraordinary one who does. It’s quite obvious that Jesus’ commissioning of Peter was the creation of a new office or position: having to do with the governance of the Church and jurisdiction and power.

A further question is usually also raised: how do we know that popes had to be bishops of Rome? Perhaps Jesus “selected” Peter, but how do we know that the rest of the popes have also been chosen by Christ? Catholics reply that this follows from the concept of apostolic succession. We have an example of this in Scripture: the replacing of Judas with Matthias:

Acts 1:20-26 (RSV) “For it is written in the book of Psalms, ‘Let his habitation become desolate, and let there be no one to live in it’; and ‘His office let another take.’ [21] So one of the men who have accompanied us during all the time that the Lord Jesus went in and out among us, [22] beginning from the baptism of John until the day when he was taken up from us — one of these men must become with us a witness to his resurrection.” [23] And they put forward two, Joseph called Barsab’bas, who was surnamed Justus, and Matthi’as. [24] And they prayed and said, “Lord, who knowest the hearts of all men, show which one of these two thou hast chosen [25] to take the place in this ministry and apostleship from which Judas turned aside, to go to his own place.” [26] And they cast lots for them, and the lot fell on Matthi’as; and he was enrolled with the eleven apostles.

An apostle was called a “bishop” in Scripture, and bishops are referred to elsewhere as offices, and this clearly shows apostolic succession (“his office [Gk., episkope] let another take”). As for Rome: that became central to the Church for two reasons:

1) Both St. Peter and St. Paul were martyred there, and so it was regarded as the focus of the young Church and the center of everything else.

2) Since it was the seat of the Roman Empire, God’s plan was to eventually supersede the pagan empire with the Christian Church.

Rightly or wrongly, the early Church regarded the Roman church and see as preeminent. This was seen in, for example, St. Clement of Rome’s letters and in lists of papal succession, such as from St. Irenaeus and others.

Lastly, the consensus of Bible scholars today (including Protestants) is that the notion of “keys of the kingdom of heaven” given to Peter by Jesus (Mt 16:19) hearkens back to the Old Testament:

Isaiah 22:22-24 And I will place on his shoulder the key of the house of David; he shall open, and none shall shut; and he shall shut, and none shall open. [23] And I will fasten him like a peg in a sure place, and he will become a throne of honor to his father’s house. [24] And they will hang on him the whole weight of his father’s house, the offspring and issue, every small vessel, from the cups to all the flagons. (cf. 36:3, 22)

The keys of a royal or noble establishment were entrusted to the chief steward or majordomo; . . . About 700 B.C. an oracle from God announced that this authority in the royal palace in Jerusalem was to be conferred on a man called Eliakim . . . (Isa. 22:22). So in the new community which Jesus was about to build, Peter would be, so to speak, chief steward.

If the direct analogy understood in the commission refers to an office itself inherently possessing succession, as a matter of historical fact (according to Old Testament scholars and ancient Near East historians), then it follows that the papacy also has succession as one of its inherent characteristics. This is purely logical and based on facts concerning the office that is the basis of the analogy. In that sense it is even explicit in Scripture. 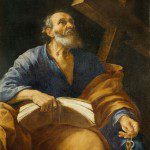 December 12, 2015
Top Twenty Biblical Proofs for the Office of the Papacy
Next Post 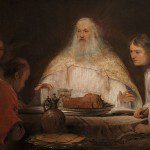 December 14, 2015 Justification is NOT by Faith Alone, and is Ongoing
Recent Comments
0 | Leave a Comment
"Honestly, I read the flood account more as an account of what the Israelites believed, ..."
Anthony Debate: Historical Local Flood & Biblical ..."
"The list is chronological. :-)"
Dave Armstrong Best-Sounding Beatles Songs: All 211
"Pretty reasonable rankings Dave, although I don't see how Revolution 9 gets above 200. :-)It ..."
VicqRuiz Best-Sounding Beatles Songs: All 211
"The Galileo incident was very complex. Of course secular historians and anti-theist atheists and anti-Catholic ..."
Dave Armstrong Debate: Historical Local Flood & Biblical ..."
Browse Our Archives
Related posts from Biblical Evidence for Catholicism 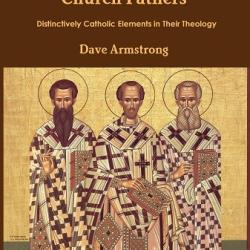