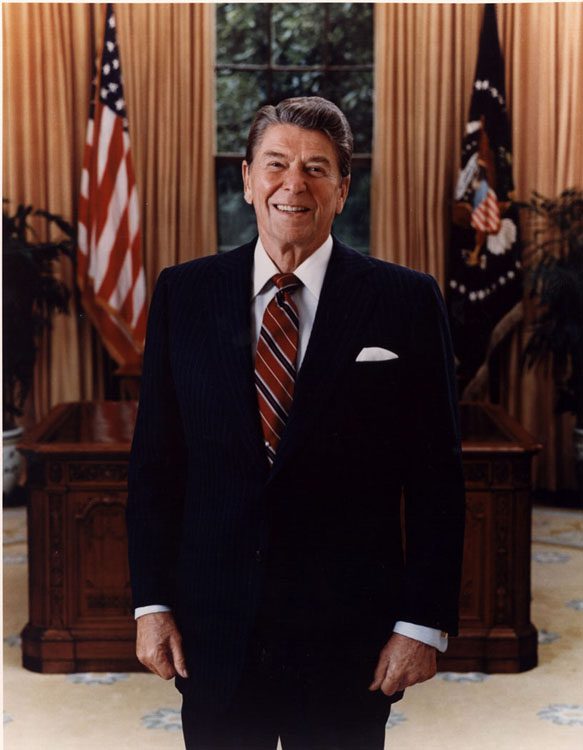 I have a strange personality characteristic. I can’t stand it when someone is misrepresented, treated unfairly, mischaracterized, subjected to mere irrational rants and emotional outbursts: much of which clearly flow from prejudice. I think it’s partially because I have been subjected to this sort of thing so many times, myself, as a public (and very vocal, unafraid, unashamed) Catholic apologist these past twenty years. If I had a penny for every time this has happened to me, I’d be richer than Donald Trump himself.

And that brings me to this paper. As usual, on my Facebook page, there is much more political conversation than theological. I’d love to talk about the latter all day long, but folks have far less interest in that, than in politics. Not that I don’t like discussing politics. I’m actually a political junkie, among many other things. But it’s relatively far down my list of preferences. In any event, I have been drawn into often speaking up for Trump, even though he was my own 11th or 12th choice among all the Republicans running for President. Whatever we think of him, he is most likely at this juncture, to become the GOP nominee, and most Republicans and conservatives agree that the all-important goal is to win this election.

My earlier post about Trump here at Patheos nine days ago was not an advocacy piece (if I wanted to do that it would be for Ted Cruz), but rather, a protest against bad and misguided criticisms of Trump. Those are two very different things. But this is often misunderstood to be arguing that “Trump is the best guy of all!” Lots of people don’t make crucial distinctions. It was essentially an exercise in trying to be fair-minded and open-minded (as I always seek to be, or should, if I don’t at times).

The following remarks are my replies to rhetoric on my Facebook page from friends of mine, who say things about Trump such as that he is (all direct quotes) clueless, crass, unprincipled, a man of poor judgment and character, completely erratic, a man with a lust for power and attention, who can’t be bothered to give a second thought to the most important questions, a blowhard, a sign (if he wins) that we have already lost the American Republic. Those are some of the nicer things said.

First, I made some observations about the GOP “Establishment” the power and influence of which, some of my friends were challenging:

The majority expressing itself at present ain’t just Trump, but the combination of all the “renegade” / non-“Establishment” candidates: Trump, Carson (no political experience at all), and Cruz (the ultimate outsider in Washington). The three together have about two-thirds of the polling numbers.

Trump has the largest plurality, which is usually how it goes in primaries. His numbers are proportionately like Sanders’ numbers, and both of those candidates have the lion’s share of the enthusiasm of the base of each party (big rallies and expressions of high loyalty).

It’s not controversial that there is such a thing as the GOP Establishment, that almost always gets the candidate they want, by various means (mostly ad money).

They’ve always gotten who they wanted, with the exceptions in the last 70 years of Goldwater in ’64 and Reagan in ’80. They gave us Nixon, one-term Elder Bush, a largely failed W. Bush Presidency, Dole, McCain, and Romney. The only truly successful GOP presidency since Eisenhower was Ronald Reagan, and he was the anti-Establishment conservative renegade.

So yes, they have held the power to largely determine the outcome of these elections, and with abysmal results, except for Reagan and Elder Bush’s first term, where, politically, he more or less had to follow the Gipper’s example and move right (past “voodoo economics” etc.).

This is why as soon as there is something really fresh and different (Trump, Cruz, Carson), the sky is now falling and it is the End of the World as We Know It. It’s because the old decrepit, ultra-hypocritical, spineless GOP Establishment power base is collapsing due to the complete ineptitude of its direction all these years (minus the exception period of 1980-1992 and the short time of the Gingrich Revolution in 1994-1995).

The Establishment won last time because the more conservative vote was divided between Gingrich and Santorum. Together, they had a greater share than Romney. I wrote about it extensively four years ago, hoping and praying that the Gingrich and Santorum camps would get together and unite somehow against Romney. But that explains how the Establishment got who they wanted yet again.

This year, it’s a wholesale revolt of the base and more conservative elements of the party, who have had it with business as usual, kowtowing to the Democrats and getting our butts kicked as a result, and the country continuing to go to hell from the sheer incompetence and corruption of liberal + GOP useful idiot governance.

And this is why it is hysterical / panic / whiney / pouting time. I think it’s fantastic because that is how a constitutional republic is supposed to function, up to and even including non-politicians (like, e.g., George Washington and Eisenhower) in the forefront.

This is the Ultimate Throw the Bums Out wave election. The public (at least the GOP base) is so fed up with politicians that they would rather have a non-politician with no political experience who will actually do something, than politicians who will do the same old same old that is destroying the country.

Then I moved on to discussion about Donald Trump in particular:

Just what is it in what Trump is saying that is so antithetical to conservative beliefs? I recently provided a list of ten of his stated policy positions and no one could show that they were either 1) un-conservative, or 2) not Trump’s positions.

As I have said, Trump was about my 9th or 10th choice of the original contendees, and Cruz is my fave now. But if Trump gets it, I vote for him, because politics is largely about pulling together, even though not everyone gets exactly what they want.

The Democrats understand this, which is why they keep winning. The GOP does not, and so we see folks whining about Trump if he wins, and threatening to take their ball and bat and go home and sit on their hands on election day (thus enabling a Democrat win).

Why couldn’t Trump possibly have sincerely moved to the right a bit without people saying he is a liar, unprincipled, etc.? Reagan used to be an FDR Democrat and signed a huge pro-abortion bill as Governor of California. Elder Bush used to be a liberal and pro-abort. I used to be a flaming liberal myself back in the 70s! My change was certainly sincere and lasting.

I didn’t compare Trump directly to Reagan, as if the former is the quintessential conservative as Reagan is now regarded: I made the comparison only in some respects. I agree that Trump is not a true-blue conservative (as Rush Limbaugh also casually does). He’s a centrist pragmatist (very typical of hands-on successful businessmen) who leans right on various issues that he is emphasizing in this election process (not all that unlike Romney, McCain, and Elder Bush, not to mention Nixon, as well as Eisenhower and Ford). I happen to believe that he is basically right on most of those issues. He’s not as nuanced or articulate on most, as many of his competitors are, but he has it right.

He’s a fairly nominal, non-evangelical Protestant, as Reagan was (a member of the Disciples of Christ who rarely attended church), and as Abraham Lincoln was, and a reality TV guy, just as Reagan was an actor. Trump is pulling in disaffected working-class Dems (he polls highest in West Virginia), just as Reagan pulled in the Reagan Democrats, from places like blue collar Macomb County, northwest of Detroit (my hunting grounds).

Both were 69-years-old and regarded as naive, simpleton dunces and bigots, out-of-touch with the real world. Reagan supposedly hated blacks (whose lot and economic standing he greatly improved) and women, while Trump supposedly hates Muslims, Mexicans, and women (Hillary’s short-lived attacks on him as “sexist”: until he brought up Bill Clinton’s abusive womanizing practices).

Both ran against guys named Bush, who maintained that they were particularly unfit for the Presidency. Jeb Bush says Trump is of the wrong temperament to be trusted as Commander-in-Chief, while George H. W. Bush ridiculed Reagan as espousing “voodoo economics” (supply-side economics and tax cuts that were somehow utilized to bring about a huge economic recovery).

I just don’t buy the hysteria and doom-and-gloom / Chicken Little hand-wringing about Trump. Much of politics is about extreme exaggerations of differences between the candidates. That’s part of the game, but I don’t buy a lot of it (as a political junkie for now 35 years).

Reagan in 1980 and 1984 ran on basically five issues (now note that this is again a partial analogy, not a complete equation):

1. Win the Cold War (the leading foreign policy concern) and stop appeasing Iran.
2. Cut taxes and regulations and get the economy rolling, post-Carter’s disaster.
3. Make government smaller and therefore more competent.
4. Build up (and be proud of) the military.
5. Morning in America.

1. Win the War on Terrorism (the leading foreign policy concern) and stop appeasing Iran.
2. Cut taxes and regulations and get the economy rolling, post-Obama’s disaster.
3. Make government competent, which usually entails being smaller.
4. Build up (and be proud of) the military.
5. Make America great again.

Trump critics / anti-Trump conservatives see a vast and irreconcilable distance and difference between Trump and their hero Ronald Reagan. I see plenty of similarities (not in every respect, but in many). Trump never signed a bill as Governor in a huge state, legalizing childkilling. Reagan did that. And that was a mere 13 years, I believe, before he won the presidency.

If folks think people can never change at all, that it’s all a big charade, that would mean no conservative or pro-lifer could have supported Reagan for President, nor any Christian accept St. Paul as an apostle and inspired writer of much of the New Testament, since he had just ceased persecuting and killing Christians, including St. Stephen. 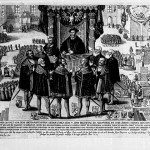 January 14, 2016
Dialogue with a Lutheran on Ecclesiology & OT Indefectibility Analogies
Next Post 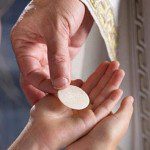