“Personal Relationship” vs. “Join the One Church”? 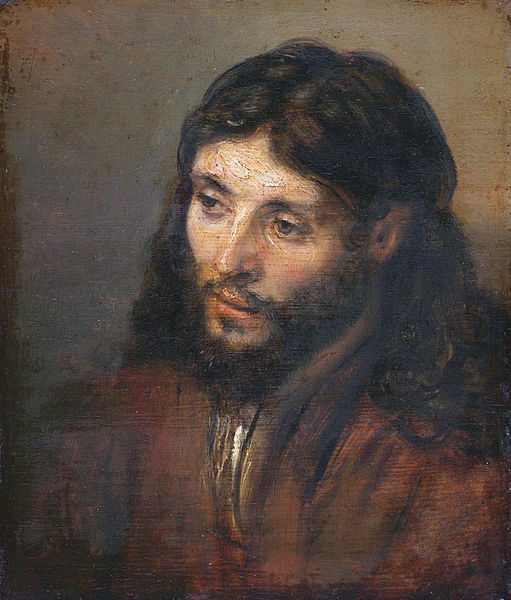 A Protestant in one of the Facebook groups I am part of, observed (paraphrased):

The emphasis of Catholics is for you to join their church.

The emphasis of Protestants is to want others to experience a personal relationship with Jesus.

The question is typical of Protestantism’s characteristic “either/or” outlook, or what convert from Lutheranism Louis Bouyer called “the dichotomous mindset of Protestantism.”I freely grant that the observation is true in a very broad way (i.e., true regarding the small number of Protestants who are actually concerned with evangelization and the few Catholics who care whether someone is a Catholic or not).The insinuation is that the Catholic is completely out to sea and misguided in their emphasis, whereas the Protestant is only concerned with high and noble spiritual matters such as relationship with Jesus.But we need not pit the two things against each other. To show why we don’t have to do that, I’d like to offer an analogy. Imagine a happy couple, not yet engaged.By analogy, the “Protestant” would say to them, “the most important thing is their relationship of love with each other.” The “Catholic”, by contrast, would say (by analogy), “the most important thing is that they get married to each other.”Is one better than the other? Well, yes and no. In one sense one of them is more important; in another sense the other one is more important. Relationship obviously precedes a happy and fruitful marriage. But marriage is where the relationship can best flourish and proceed in a moral way. It’s the natural and necessary “home” of the love and sexual relationship, within the bounds of traditional (Christian) sexual morality.There is no need to dichotomize the two. Both are essential and important. The “Protestant” is emphasizing the primacy of the relationship itself, in its personal, subjective dimension, while the “Catholic” (in this analogy) is emphasizing the supreme importance of marriage, which is more of the institutional and cultural or communitarian dimension: with implications for the larger society.Neither theological / spiritual thing (back to the original question) negates the other. Catholics (if we really delve deeply into Catholic teaching) teach relationship with Jesus as strongly as any Protestant does. I’ve compiled a book about Catholic mystics and contemplatives, and the “personal relationship with Jesus” aspects of these great teachers is more profound than any Protestant reflections on this that I have ever read.A Protestant might want to check out The Imitation of Christ by Thomas à Kempis: if he or she doubts that Catholicism possesses this outlook.So relationship with the Lord is great; no one (who knows anything about Catholicism) denies it. Protestants do emphasize it more in “everyday life” terms, and Catholics would do well to readily agree with that, rather than ever oppose it, since it is our own tradition (deeply understood), too.But there is also nothing wrong with a Catholic focusing on others becoming Catholics. We do that because we believe that the Catholic Church possesses the fullness of spiritual and theological truth, and is protected by the Holy Spirit from doctrinal or moral error.If that is indeed true (as we believe), then it is a loving act to share that news with non-Catholics, so they can share in the blessings. It would indeed be the place where they would be best-positioned for salvation and also for relationship with Jesus. It’s the concrete place and institution on the earth where discipleship can best — most effectively — be lived (just as marriage is the best place for a love relationship).There is nothing wrong with this; though we understand that non-Catholics may honestly disagree with us and say we are wrong (as I used to do, in my Protestant evangelical days). The Protestant is saying, “Here, let me share with you the glories and joys of a personal relationship with Jesus.” That’s a good motivation, and true message, and God honors it. He shares it out of love for the other and concern for their spiritual well-being.Likewise, the Catholic says, “Here, let me share with you the glories and joys of the fullness of historic Christianity within the Catholic Church.” That’s a good motivation, and true message, and God honors it. He, too, shares it out of love for the other and concern for their spiritual well-being.The only problem here comes with the Protestant denial that the Catholic Church is the “fullness,” whereas Catholics have no essential disagreement with the notion of a personal relationship with Jesus. We receive Him Body, Blood, Soul, and Divinity into our mouths and bellies every Sunday. It doesn’t get much more “personal” than that.So we are “both/and” and the typical Protestant looks at this as an “either/or” proposition, and tends to deny that the Church is necessary or even (in some cases) important in the Christian life. This was set in motion as soon as Protestantism at large denied that neither the [historic, Catholic, pope-headed] Church nor sacred tradition was infallible; only the Bible was (the doctrine of sola Scriptura: the Protestant rule of faith). Protestantism tends to be (at least in some of its forms) individualistic, subjective, and ahistorical, whereas Catholicism is by nature communal, more objective, and within the historical / apostolic succession framework or perspective.

Catholics gather every Sunday to receive the Holy Eucharist: together, in a group. We do that because this was the essential purpose of church meetings (rather than, primarily, listening to sermons) from the beginning:

Acts 20:7 (RSV) On the first day of the week, when we were gathered together to break bread, Paul talked with them, intending to depart on the morrow; and he prolonged his speech until midnight. (cf. 20:11)

We know that “break bread” is eucharistic terminology. Protestants will say that one ought to go to church (the great Billy Graham famously urged that at the end of his evangelistic rallies), but it doesn’t hold the necessity that it does in Catholicism, where we have the Mass obligation to attend church every Sunday (it being a mortal sin to deliberately miss it without serious reason). Hence, we emphasize “the Church” far more than Protestants do. 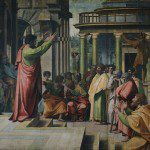 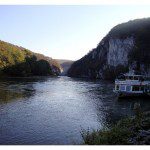 February 3, 2016 Luther Favored the Death Penalty for Anabaptists
Recent Comments
0 | Leave a Comment
"With Christ we can do anything .. even overcome what seems impossible . Just keep ..."
Paul Vinci Do Catholic Reactionary Sites Have Little ..."
"Inerrancy without infallibility is utterly pointless. The problem here is that those who draw this ..."
Porphyry Catholic Development of Doctrine: A Defense: ..."
"great, translated it in croatian!"
PetS Sack of Constantinople (1204) & Unknown ..."
"Amen!"
Dave Armstrong Catholic Development of Doctrine: A Defense: ..."
Browse Our Archives
Follow Us!

Convents White and Black
American Sisters and Social Justice Many today are familiar with the photos...
view all Catholic blogs
What Are Your Thoughts?leave a comment
Copyright 2008-2020, Patheos. All rights reserved.