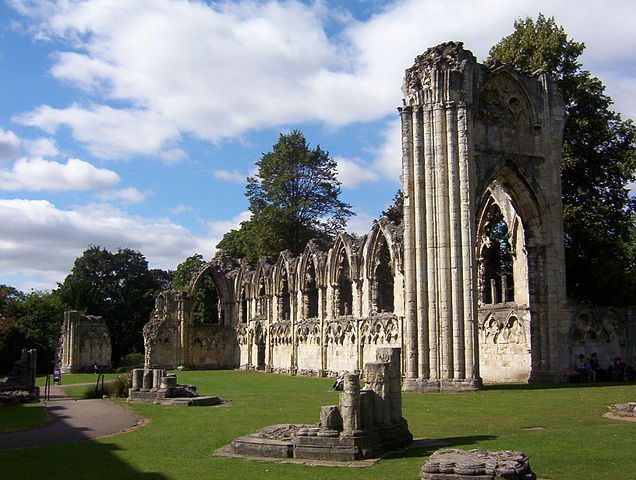 [see my original paper, now being disputed, and my definition of “radical Catholic reactionary”]

I was disappointed by your paper on “traditionalist” errors. It made me think that you had forgotten every word of our long, detailed discussion last fall.

You give yourself far too much credit. :-) After this letter, I could just as easily say you have forgotten all my words to you. :-)))))

Unless, of course, you are restricting the term [radical Catholic reactionary] to schismatic groups,

I carefully define how I use the word, especially in the first six “errors.” You should know better than this. I have repeatedly stated in my papers and letters that I acknowledge a legitimate form of traditionalism; indeed I deem myself as one in many ways (Latin Mass, communion on the tongue, Marian emphasis, strong critiques of Protestantism and Orthodoxy and theological liberalism, etc.). All of this could have easily been discerned by critics such as yourself.

which is, I think, unfair to those of us who consider ourselves to be traditionalist, to have reservations about certain non-infallible statements of the recent magisterium and oppose liturgical and disciplinary certain actions of the hierarchy, but do not deny the validity of Vatican II, the Novus Ordo, or John Paul II.

It’s not unfair, because I do habitually point out this distinction. In this particular paper, I was arguing against the general tendencies. Thus the same difficulty is present as when one is refuting “Protestantism.” It is not meant to account for every particular variation. But since Trent, and Pope Pius IX and Pope St. Pius X wrote in a similar style with regard to errors, I find myself in very good company. But how many of the 60 errors would you agree with me on? That would be an extremely interesting thing to find out. :-)

Furthermore, some of the things that you said that [radical Catholic reactionaries] can never answer, I felt I answered thoroughly in our discussions.

Fine; there are always disagreements. Obviously, I don’t think you answered them because I remained unconvinced at the time. Or you may have answered, but I rejected the logic, etc.

As for Vatican II’s supposed “ambiguity,” I don’t care what Theological Commissions say. The legitimate authority in these matters is the pope. And Pope Paul VI, while vetoing certain things, did not veto this. “Rome has spoken . . . ” So what do you do now? Deny Paul VI’s divinely-ordained authority as head of Councils?

Or take your next point:

Again, an area we discussed extensively. I just have to think that you haven’t read and understood even the works you have posted on your website. It is one thing to deny that there is a formal contradiction between the teachings of Dignitatis Humanae and the previous doctrine on religious liberty, or of Unitatis Redintegratio and Mortalium Animos.

Yes, this is what I meant. How many of your like-minded friends would deny that? So you don’t. That makes you quite a moderate, wouldn’t you agree?

but everybody admits that Vatican II introduced “novel understandings” of religious liberty and ecumenism. The question is not whether there was novelty, but whether the novelty was error (or would have been considered error according to the standards of the pre-Vatican II Magisterium.)

I used “novel understandings” in the sense of Newmanian corruptions as opposed to legitimate developments. This was discernible easily-enough in context also, and I think you could have figured out what I meant (especially given our lengthy past dialogues). I will grant that these areas appear prima facie as some of the most difficult to reconcile with some past teachings, but I think they can be, and that it has been successfully done by people like Fr. Brian Harrison. As Newman said “a thousand difficulties do not make a doubt.” This is true, both regarding Holy Scripture and Holy Tradition and the Church’s ongoing conciliar authority.

Here, for example, is what Fr. Harrison says in the article you link to on your website:

The crucial fact in this dispute is that Dignitatis Humanae teaches the following thesis (not explicitly, but by undeniable implication): non-Catholics (like all human beings) have a natural right to immunity from government coercion in publicly expressing their beliefs, in circumstances where this does not violate public morality, public peace, or the rights of other citizens. (These three factors constitute the Council’s definition of that “just public order” by which religious liberty is said to be limited [cf. DH: §7]). Davies and I agree that no Pope before Vatican II ever actually taught this thesis. He, however, goes further and maintains (pp. 220 and 224) that the pre-conciliar Popes actually condemned it; and it is here that we part company.

Yes, precisely. Thus it is seen to be consistent with a Newmanian development. Developments contain new material – just not new essential material.

Another article you link to by Thomas Storck contains this statement:

In the case of religious liberty we have the teachings of
at least four popes of the nineteenth and twentieth centuries, most
of them speaking in formal documents such as encyclicals, and
seemingly speaking at variance with the doctrine contained in the
Vatican II document Dignitatis Humanae (Declaration on Religious
Liberty). We should be curious, to put it mildly, to understand how
the Church could seem thus to contradict herself when proclaiming
God’s truth. Yet if all efforts to solve the problem are not
successful, it is possible that, despite appearances, the earlier
teaching on the subject was not part of the Church’s “ordinary and
universal teaching,” and therefore the problem is more apparent than
real. But if it is admitted that the teachings of Popes Gregory XVI,
Pius IX, Leo XIII and Pius XII on the subject of religious liberty
are part of the ordinary magisterium, then we must by some means show
how their teaching was not changed in 1965, when the decree on
religious liberty was adopted.

I think Frs. Most, Harrison, Hardon and others have done so. You disagree? Then refute them and send me the results. I will compare and contrast and make up my own mind as to superiority of argument [Mr. Cameron never did so]. But I still deny the premise that the layman can sit and judge Ecumenical Councils. So I am bound by authority; I am not at liberty to judge a Council. I thought that was dealt with in the scenario of Luther at the Diet of Worms. I didn’t know that some Catholics had adopted his outlook with regard to the fallibility of Ecumenical Councils (i.e., ratified by popes). I hasten to add that I am no expert in these matters, but to me this is largely the point; this is why we have Church authority and popes in the first place. I submit to them, not you, or Michael Davies, or Gerry Matatics, or whomever is brought forth as some sort of “magisterial expert.” That ultimately reduces to the Protestant principle of private judgment.

The problem of reconciling the teaching of these nineteenth and
twentieth century popes on religious freedom with that of the Vatican
II document Dignitatis Humanae has already occupied a number of
commentators and occasioned comment by Pope Paul VI. There seems to
be some general agreement that efforts hitherto to reconcile the two
teachings, while helpful in many ways, have not been completely
successful. [4]

And we are still arguing about various biblical “difficulties” also. That doesn’t mean that we adopt biblical errancy, merely because there are “problems.” Likewise with Catholic Councils.

In the footnote, Storck cites several of these “unsuccessful efforts” to reconcile Digintatis Humanae with traditional teaching, and counts the very same article by Fr. Most that you also link to as one of the unsuccessful defences!

Well, people disagree (what else is new?); this is scholarship and academia. But it is not the magisterium, which alone decides these matters.

Incidentally, I don’t think that Storck’s suggestion works either, and even he admits that it is not based on a surface level reading of DH.

So what is your opinion, pray tell? That Vatican II contains doctrinal corruptions and contradictions of former Councils?

Dave, I understand your desire to defend the Church against so-called radical Catholic reactionaries who attack Vatican II, the Pope, and believe that the “indult” Mass is an unacceptable compromise.

Good. I hope you will join me in that worthwhile endeavor.

But in doing so, you have to acknowledge the valid “loyal opposition” of traditionalism within the Church, of the Michael Davies, Latin Mass magazine, Adam Kolasinski / Mark Cameron variety.

Of course I have done that, per the above comments. Latin Mass magazine even published a version of my conversion story in the fall issue! So you’re preaching to the choir on this one. But you and Adam [Kolasinski] are treading on dangerous ground when you take on Vatican II as you do, in my opinion. I would only take my criticism so far as application and interpretation, not actual egregious error in its documents.

If you only mean to attack schismatic [radical Catholic reactionaries], then you should make that clear.

I think I have. But the errors are errors, no matter who holds them. It may be that some more moderate folks like yourself hold a few of them also. Things are always more complex than they seem at first.

If you wish to attack [radical Catholic reactionaries] within the Church as well, you should at least show us the courtesy of reading our positions carefully and responding to them thoughtfully.

It is not a major emphasis of mine, in case you haven’t noticed. I have sought to get away from these sorts of debates, and to interact with Protestants. I deny that I have not been “thoughtful.” This particular paper was merely a re-working of my critique of the Remnant website, which actually preceded our discussion, if I remember correctly. The other paper was also from months ago. I haven’t actively engaged these issues for some time now; nor do I wish to. You guys can wrangle amongst yourselves; I wish to go teach and reach out to non-Catholic Christians and non-Christians. That’s why I have refused to participate in trad lists for many months now, too. 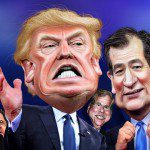 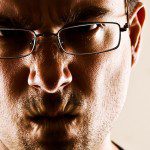 Can the Latin Mass Restrictions Heal...
Femina Ferox
Books by This Author Books by Dave Armstrong