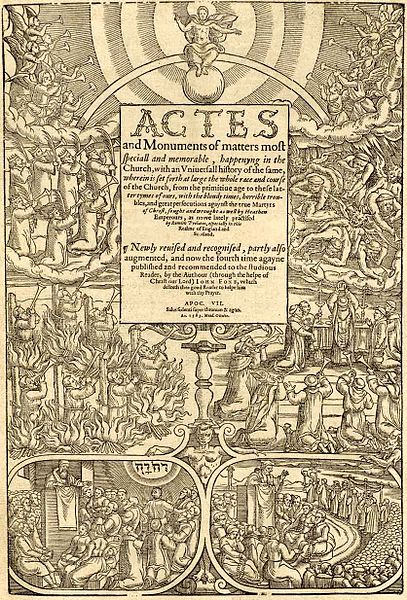 Here is the first paragraph of the Wikipedia entry on this famous and notorious book (fourth and final edition: 1583):

The Book of Martyrs, by John Foxe, is an account of Christian martyrs throughout Western history from the 1st century through the early 16th centuries, emphasising the sufferings of English Protestants and proto-Protestants from the 14th century through the reign of Mary I. First published in 1563 by the Protestant John Day, the book was lavishly produced and illustrated with many woodcuts and was the largest publishing project undertaken in Britain up to that time. Commonly known as Foxe’s Book of Martyrs, one fuller title of the work is Actes and Monuments of these Latter and Perillous Days, Touching Matters of the Church. Widely owned and read by English Puritans, the book helped mould British popular opinion about the nature of Catholicism for several centuries.

[see also the article in The Catholic Encyclopedia]

I was asked if there was a Catholic treatment of this book, and set out tonight to find something (after having failed the first time I looked yesterday). This time I was successful.

The text (in Google Books) is a little hard to read but if you select “plain text” near the top of the screen it’s a lot easier to read because it’s not a photo-version, but just regular text.

Dr. James Gairdner (1828-1912) was a far-minded Anglican historian (see his obituary in The Times), who provides a more accurate account of some of these events, in books such as The English Church in the Sixteenth Century from the Accession of Henry VIII to the Death of Mary (1904) and Lollardy and the Reformation in England: an Historical Survey, Volume 1 (1908). See a listing of his works at Internet Archive.

Dr. John Lingard (1771-1851) was a Catholic priest and historian (see his Catholic Encyclopedia bio). A number of his books are also available on Google Books (and at Internet Archive). See especially his History of England, volumes 5, 6, and 7.

Of related interest are many titles by the famous Catholic historian Hilaire Belloc (1870-1953); see his works at Internet Archive as well.

For further reading on the English penal laws and persecution of Catholics under Henry VIII, Elizabeth I, Edward VI, James I, Charles I, Cromwell, Charles II, and William III, see:

For general material on Protestant “skeletons in the closet” (that we hear remarkably little of, for some reason), see my web page: Protestantism: Historic Persecution and Intolerance. 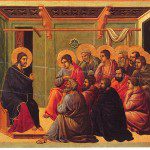 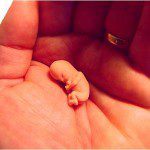 March 3, 2016 "Pro-Lifers" Vote for Childkillers? Huh?!
Recent Comments
0 | Leave a Comment
Browse Our Archives
get the latest updates from
Biblical Evidence for Catholicism
and the Patheos
Catholic
Channel
POPULAR AT PATHEOS Catholic
1