Is Trump a Conservative; Even “Reaganesque”? 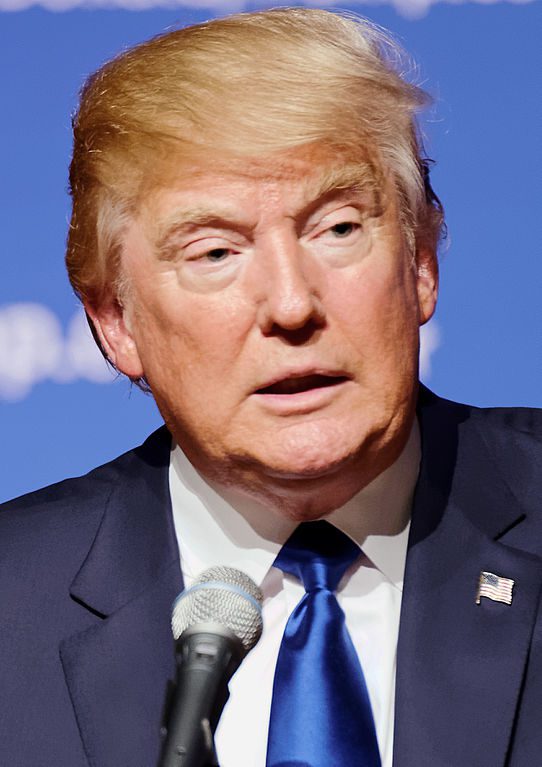 This is taken from exchanges on my Facebook page today. Dr. Edwin Tait is a friend who is an Anglican Church historian, very favorable to Catholicism. I asked him to describe his political position but he wouldn’t say. We know he doesn’t care much for Trump. His words will be in blue; words of two others will be in green and purple. The discussion was spawned by my posting of an article entitled, “Trump on the Path of Reagan,” by Craig Shirley, on the PoliZette website. My introductory comment was the following:

I’m always impressed by analogical arguments. Trump isn’t my favorite GOP candidate (that would be Cruz), and he’s not a canonized saint, but he would do just fine and is a billion times better than Hillary. If any of the GOP candidates becomes President (I like them all, to varying degrees) and we keep a Republican Senate and House, we’re in a new world, and have a golden opportunity to actually get some good things done and get rid of bad stuff (IRS, Obamacare, appeasement, pro-abort laws, etc.).

Comments that are mere insults against Trump (or any of the candidates) will be deleted. I want rational, thoughtful argument, not preaching and sloganism.

Well, there’s not much to respond to, here or in other pro-Trump puff pieces, because people never seem to get around to making a substantive argument for Trump. The best I can see here is that he’s allegedly a “convert” to “conservatism,” defined as “personal freedom, personal ethics.” Pretty thin.

There are such articles if you look hard enough. I’ve been following this thing along and read several at Real Clear Politics. Here, e.g., is Pat Buchanan saying that Trump has the Reaganesque quality of attracting Dem voters. Here’s another from Pat.
***
But I said substantive, not tactical. What does Trump stand for that is true and good and should make virtuous people want to vote for him?
***
The main points of Trump’s stated policy goals are entirely in line with conservatism:
***
1. Defeat ISIS.
2. Stop illegal immigration.
3. Get the economy rolling again.
4. Address trade inequalities.
5. Defund Planned Parenthood.
6. Tax reform.
7. Build up the military, which has been dangerously reduced to pre-WWII levels.
8. Take real steps to help disabled veterans.
9. Repeal Obamacare.
10. Start reducing the ridiculous mountain of debt and producing responsible government budgets.
***
I fail to see how these things will destroy conservatism or bring down the GOP, as the alarmists are all hysterically yelling about. It’s true that a President Trump might very well disappoint us, as most do, but at least what he is saying is essentially conservative.
***
These are mostly things that the other candidates agree with, but GOP voters seem to think that Trump will actually do them and not just talk the talk, which is what we have been getting from the GOP: all talk and no action. This is Trump’s fundamental appeal: it is believed that he can do this stuff and has the will to do it, and is not a pawn of the power brokers and rich folks (being one himself) and the lobbyists. Period.
***
Thanks for that very substantive answer. I can always count on you, Dave, to be clear and substantial even when I passionately disagree with what you are clearly and substantially saying. :-)  In your last comment, though, you admit that these aren’t policy differences between Trump and other candidates. Rather, you say, many people are confident that Trump will really do these things. (I won’t get into whether I think the things themselves are good–I would have to respond point by point, since I have varying reactions to different points, and I won’t take the time to do that here.) By saying that, you are necessarily making the question one of character. That’s why your prohibition against ad hominem attacks on Trump makes real discussion impossible. Because the main reason a lot of people differ with you is that their estimate of Trump’s character does not give them much confidence on that score.

You misunderstand. I said I didn’t want “mere insults . . . preaching and sloganism.” There is such a thing as a “rational, thoughtful” constructive criticism. One could say, e.g., that Trump used to be a Democrat (like Reagan was), or that he used to be pro-abortion (as Reagan and Old Man Bush were) or that he is rich (as all candidates always are) or that he has been married more than once (as Reagan alone among all Presidents was).Ad hominem is merely attacking the person rather than making a rational argument. Pointing out simple facts about a person’s life or voting record is not ad hominem. Saying something like: “Trump is just a big-mouthed reality show clown who hates women and Mexicans and Muslims” is an ad hominem attack. I said I wouldn’t allow that, not only against Trump but against any GOP candidate.
***
Well, for me it’s his constant pattern of flamboyant opportunism; the crude and off-the-cuff way he attacks anyone who disagrees with him; the choice of what I consider to be vicious rhetorical tropes like “making America great again” and “winning” understood as if every foreign policy decision was a zero-sum competition; and, yes, the history of not-so-conservative positions in the past. The last isn’t the real killer–it’s combined with the pattern of behavior that leads many people (including me) to think that he’s more interested in selling a personal brand than in anything else, and just isn’t a trustworthy person.
*
1. All politicians are extremely ambitious opportunists (Abraham Lincoln perhaps the most of anyone ever).
***
2. His personal attacks are petty, crude, and childish. Most people agree on that point, even his supporters or near-supporters (like myself). So the man has some obvious faults. Who among us will cast the first stone as if we have none?
***
3. All politicians engage in rhetoric. Some are better and more substantive at it than others. I think Trump is average, as far as that goes. No one had more truly empty, contentless rhetoric than Obama did in 2008.

4. Switching positions is not necessarily a dealbreaker at all. I’ve already mentioned Reagan and Bush. Clinton, Gore, and Jesse Jackson; even Teddy Kennedy were all at one point pro-life, and they switched on a dime due to political necessity. Jackson used to even talk about abortion being genocide against African-Americans. Sometimes people can legitimately change their opinions (like me going from Protestant to Catholic or ultra-liberal politically at one time to a distributist conservative). Sometimes they do without principle. The thing is to determine which thing has happened in particular cases.

5. The rhetoric of “America’s best days are yet to come” is now bipartisan. I don’t see that Trump’s “I will make America great again” or “we never win anymore” are essentially different at all from the other related sentiment. It’s standard politician-talk. If we discount Trump because of it, virtually every other politician I’ve ever seen would have to go with him.

***
You may disagree with some of the ten policy points that Trump is talking about, but do you agree that they are perfectly consistent with mainstream political conservatism?This is where I think the alarmist, hysterical opposition to him from the GOP establishment is silly. They show that they are not so much against Trump as they are against conservative ideas themselves.
***
Yes, I agree. But I don’t think that the GOP establishment are opposed to these policy points so much as they don’t think Trump is a candidate who can carry those policies to victory in a general election, or execute them responsibly should he win.

5. Most people conform to group or familial opinions. Catholics are no different. So because they have been traditionally Democrat, the majority continue to do so, even though today’s Democrats are vastly different, and favor views diametrically opposed to Catholic positions. The Democrat Party of JFK and JFK’s own positions were far closer to the current GOP than to the current Democrat Party. But millions seem unaware of that.

6. Most Catholics, like most Christians, period, inconsistently apply their religious views (insofar as they exist in vigor and knowledge at all) to all of life. So they believe and do many things that are completely contradictory, over against their ostensible religious view. They have a woefully self-contradictory and divided worldview.

7. If you narrow down surveys to Catholics who, e.g., “believe everything the Church teaches” or who attend Mass every Sunday, or pray every day, or who are happily married to one person, or who are pro-life, etc. these are overwhelmingly GOP or conservative in political / ethical views.

I’ve tried to explain why it is perfectly rational for a conservative to believe that Trump is at least as good an option as the others this election year, and in conformity with conservative policy positions.

I’m not manipulated or controlled by anybody. I’m my own man: a self-employed distributist orthodox Catholic conservative. 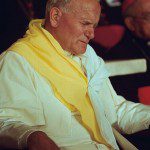 March 8, 2016
Bible on Papal and Church Infallibility
Next Post 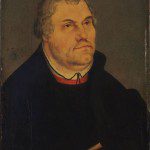