Jesus’ Agony in Gethsemane vs. “Be Not Anxious”? 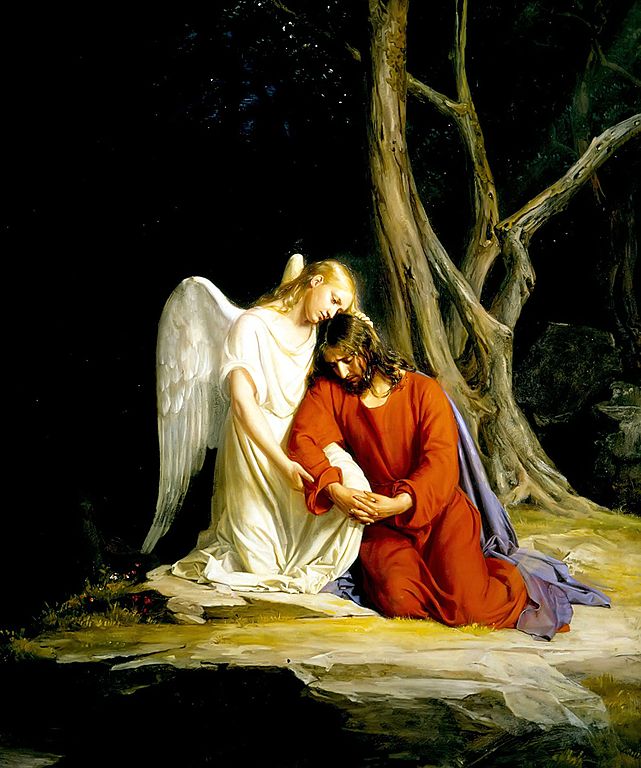 I received the following question in a combox, and thought it might be helpful to share my answer.

Our pope , in his latest book (Jesus of Nazareth) wrote that our Lord in Gethsemane, was afraid (very afraid). Now my question is this. Our Lord Jesus Christ always told his disciples and us not to be afraid, to not fear. Now the one who is asking everyone not to be afraid was afraid? Isn’t he the lion of the tribe of Judah who attacked death and won? Wasn’t he almost running to Jerusalem to redeem mankind? Didn’t he tell his apostles in (John 10:18) “No one takes it from me, but I lay it down on my own. I have power to lay it down, and power to take it up again. This command I have received from my Father”? And in the Cathechism of the Catholic Church article number 612 we read:

612 The cup of the New Covenant, which Jesus anticipated when he offered himself at the Last Supper, is afterwards accepted by him from his Father’s hands in his agony in the garden at Gethsemani, making himself “obedient unto death”. Jesus prays: “My Father, if it be possible, let this cup pass from me. . .” Thus he expresses the horror that death represented for his human nature. Like ours, his human nature is destined for eternal life; but unlike ours, it is perfectly exempt from sin, the cause of death. Above all, his human nature has been assumed by the divine person of the “Author of life”, the “Living One”. By accepting in his human will that the Father’s will be done, he accepts his death as redemptive, for “he himself bore our sins in his body on the tree.”

Nothing is mentioned here about fear. And then again, darkness is the absence of light,and sickness is the absence of health and so on. So fear is the absence of courage or fortress. Now if we, the believers have the gifts of the Holy Spirit, one of these gifts is fortress. Then how is it possible that the messiah, the annointed one lacked courage and was afraid? I really am not trying to criticise the holy father, nor am I trying to pretend to be very wise. But I am only asking to understand. The only possibility left, is that Jesus wanted freely to experience fear?

You need to provide us with a direct quote in context. I want to see what was actually written and if it could be a translation issue.In any event, there are different Greek words in play here. Jesus’ emotions in the garden are described with the words lupeo (sorrowful: Strong’s word #3076) — in Matthew 26:37; and perilupos (exceedingly sorrowful: Strong’s #4036) — in Matthew 26:38 and Mark 14:34; also agonia (agony: Strong’s #74) — in Luke 22:44.

These are neutral terms insofar as the question of sin or right and wrong are concerned. Sorrow and sadness are not sins. Jesus wept when he heard about Lazarus. This is not a sin; it is being human and compassionate: and Jesus had a human nature as well as a divine nature.

Jesus’ instructions about “be not anxious”, on the other hand, use a different word: merimnao (Strong’s #3309). This had to do with anxiety, worry, fear about what the future held in store. Jesus told His followers not to do that, in, e.g., the sermon on the Mount (Matthew 6:34). It’s not a case, then, of Jesus saying not to do something, and then doing it Himself.

What the pope meant by “afraid” (if he used that word) may possibly involve an unfortunate translation. I’m sure if he were probed on it, he would note the difference I have highlighted or point out some other fundamental distinction.

I analyzed a similar question in the last chapter of my book on the Blessed Virgin Mary, entitled, “Is Mary’s Anxiety in Looking for Young Jesus a Sin?: Reply to a Misguided ‘Exegetical’ Argument.” It came down entirely to not only definitions of words, but context. Mary and Joseph were simply concerned about the welfare of their son, which is not a sin. All parents do that. The word for “anxiously” in RSV is a different one: odunao (Strong’s #3600). The same word (“sorrowing” in RSV) is used when Paul’s followers say farewell to him (Acts 20:37-38). No sin . . .

Jesus was urging His followers to not worry about what the future holds: getting all anxious over what may or might be. That shows a lack of trust and faith. But He had no doubts in the garden; He was simply agonized over the suffering He was to willingly undergo.

I looked for excerpts online about this, from the Holy Father. I found the following:

“Jesus’ agony, his struggle against death, continues until the end of the world, as Blaise Pascal said on the basis of similar considerations (cf. Pensées VII, 553). We could also put it the other way around: at this hour, Jesus took upon himself the betrayal of all ages, the pain caused by betrayal in every era, and he endured the anguish of history to the bitter end.”

Again, there is no trace of attributing sin to Jesus. He can agonize in His human nature; that is no difficulty whatever. It is a result of the incarnation and what He came to earth to do on our behalf. 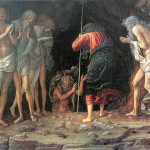 March 24, 2016
Dialogue with Lutherans on Jesus' Descent Into Hell
Next Post 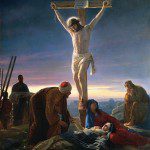 March 25, 2016 The Timeless Crucifixion (Sacrifice of the Mass)
Recent Comments
0 | Leave a Comment
"No you are changing the subject. The original post by Jim was implying that atheists ..."
WayneMan Problem of Good: More Difficult than ..."
"One unrealized factor: viruses (including covid19) are most contagious the day before and when symptoms ..."
Fran Mayes COVID Vaccines, Facts, & Conscientious Objection
""Dr. Fauci was even wrong (as he has often been) about the results of vaccination, ..."
gusbovona COVID Vaccines, Facts, & Conscientious Objection
"Hi Michael,I will obtain your book soon. I'm doing a few other things today, and ..."
Dave Armstrong Refuting 59 of Michael Alter’s Resurrection ..."
Browse Our Archives
get the latest from
Biblical Evidence for Catholicism
Sign up for our newsletter
POPULAR AT PATHEOS Catholic
1