Do Catholics Excommunicate People to Hell? 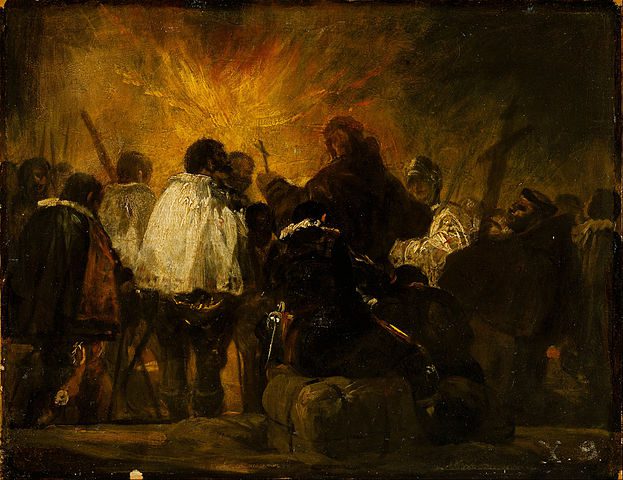 Critics say such things prove that the Catholic Church sets itself higher than God Himself, since who but God Himself has the power of final judgment. But is this assumed hostile premise true? That is the question. Let’s take a look at it.

Excommunication means, literally, “out of communion with the Church” — not damnation to hell. The Catholic Church doesn’t say with certainty that any particular person is in hell, much less claim to possess the power to put people there.

Excommunication is a formal declaration that a Catholic is in the state of being “out of the Church”; because such a person has diverged from its doctrines, he is excluded from the sacraments and from the Christian fellowship of believers. The purpose of such an exclusion is not to punish but to put pressure on the sinner so that he will repent; the goal is restoration, not damnation.

It’s true that we hold that no one can be saved outside the Church, having finally and deliberately disobeyed it despite knowing that it speaks truth, but this is not fundamentally different from Protestants’ saying “a person will not be saved if he does not accept Christ as his Lord and Savior,” or the Bible stating that “fornicators will not inherit the Kingdom of God.” Scripture does not damn people to hell and neither does excommunication; both merely state the way things are.

The Church has no power to condemn anyone to hell. But it does have the power to exclude people from communion with itself, for the purpose of ultimately reclaiming their souls. Excommunication is perfectly in line with biblical practices and teachings, as seen in the following passages:

1 Corinthians 5:3-5 (RSV) For though absent in body I am present in spirit, and as if present, I have already pronounced judgment in the name of the Lord Jesus on the man who has done such a thing. When you are assembled, and my spirit is present, with the power of our Lord Jesus, you are to deliver this man to Satan for the destruction of the flesh, that his spirit may be saved in the day of the Lord Jesus. (cf. Rom. 16:17; Titus 3:9-11)

2 Thessalonians 3:6 Now we command you, brethren, in the name of our Lord Jesus Christ, that you keep away from any brother who is living in idleness and not in accord with the tradition that you received from us. (cf. Matt. 18:17-18)

1 Timothy 1:19-20 holding faith and a good conscience. By rejecting conscience, certain persons have made shipwreck of their faith, among them Hymenae’us and Alexander, whom I have delivered to Satan that they may learn not to blaspheme. (cf. 2 Timothy 2:14-19, 4:14-15)

But even if this is conceded as true, what about the Catholic Church’s practice of “anathematizing” people? At times, such as in the Council of Trent, the Church has declared of certain people, “anathema sit,” a term that means, “let him be accursed.” How can this be explained or defended?

The vivid Greek term anathema, which indeed means “accursed,” is directed by the Council of Trent and other Catholic ecumenical councils primarily towards doctrines, rather than persons, based on the ancient practice in the Church of condemning false teachings. This notion comes from biblical passages such as the following (the first has anathema both in Greek and in many English versions):

Galatians 1:8 But even if we, or an angel from heaven, should preach to you a gospel contrary to that which we preached to you, let him be accursed.

It is not improper at all to define correct doctrine and reject false doctrines. St. Paul does this constantly. Since it is a biblical and Pauline practice, the Catholic Church has aligned itself (as always) with what is revealed in the Bible. Occasionally in a Catholic council, an individual is condemned by name, in which case it would still not mean that the Catholic Church believes he is necessarily damned, per the above reasoning. It all boils down to what these words mean and how they were intended.

Neither excommunication nor anathemas imply the Church’s condemning anyone to hell. That is the prerogative of God alone. Excommunication is a Church law, excluding a notorious sinner from the communion of the faithful (Canons 2257-2267). Its purpose is to warn the sinner of the danger he runs of incurring eternal ruin, unless he repent of his sin. The “delivering of the sinner to Satan,” which we find in the Roman Pontifical, is based on the words of St. Paul, who delivered the incestuous sinner to Satan, “that his spirit might be saved in the Day of the Lord Jesus Christ” (1 Cor. 5:5; cf. 1 Tim. 1:20).

. . . When St. Paul said “let him be anathema” who preaches an heretical gospel (Gal. 1:8), he did not condemn the heretic to hell, but stigmatized the willful teacher of false doctrines as a rebel against the Gospel of Christ. The Church, in the anathemas which accompany the canons of her Councils, merely imitates the example of the Apostle. 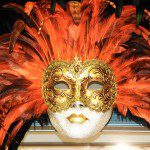 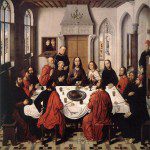 April 6, 2016 Is Male-Only Priesthood Sexist?
Recent Comments
0 | Leave a Comment
Browse Our Archives
get the latest from
Biblical Evidence for Catholicism
Sign up for our newsletter
POPULAR AT PATHEOS Catholic
1