What Year Did Popes Become Antichrist? (vs. John Calvin) 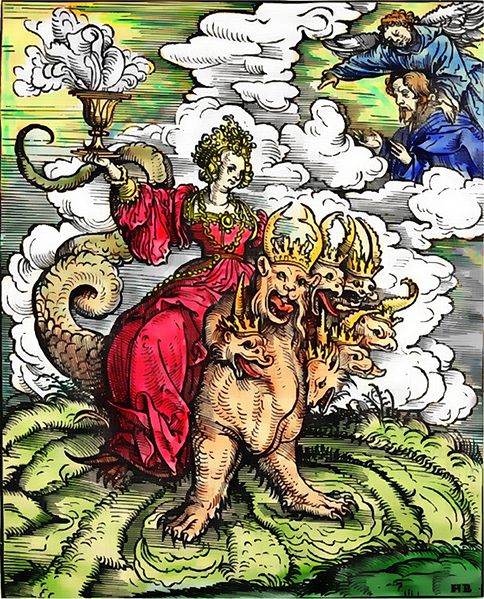 The Whore of Babylon; sitting on the seven-headed beast; from a series of 21 woodcuts of the Apocalypse for Martin Luther’s translation of the New Testament (Augsburg: S. Otmar, 1523); by Hans Burgkmair the Elder (1473-1431). Color added. [public domain / Wikimedia Commons]

Shall we recognise the Apostolic See where we see nothing but horrible apostacy? Shall he be the vicar of Christ who, by his furious efforts in persecuting the Gospel, plainly declares himself to be Antichrist? Shall he be the successor of Peter who goes about with fire and sword demolishing everything that Peter built?. Shall he be the Head of the Church who, after dissevering the Church from Christ, her only true Head, tears and lacerates her members? Rome, indeed, was once the mother of all the churches, but since she began to be the seat of Antichrist she ceased to be what she was. ( [Institutes] IV, 7:24)

And what year did this momentous event take place? Isn’t it interesting that Calvin wants to make this sort of definite assertion, while never specifying the date when it supposedly occurred. Rest assured, so Calvin tells us, that Rome (Babylon the Great) has fallen. Yet we know not when. Is that supposed to impress any reasonable person on either side of the sad debate?

To some we seem slanderous and petulant, when we call the Roman Pontiff Antichrist. But those who think so perceive not that they are bringing a charge of intemperance against Paul, after whom we speak, nay, in whose very words we speak. But lest any one object that Paul’s words have a different meaning, and are wrested by us against the Roman Pontiff, I will briefly show that they can only be understood of the Papacy. Paul says that Antichrist would sit in the temple of God (2 Thess. 2:4). (IV, 7:25)

Paul writes about the Antichrist, but never argues that the Church will be completely overtaken by him. He also states in the passage cited above, that he will proclaim “himself to be God”:

2 Thessalonians 2:3b-4 [RSV] . . . the man of lawlessness is revealed, the son of perdition, [4] who opposes and exalts himself against every so-called god or object of worship, so that he takes his seat in the temple of God, proclaiming himself to be God.

No pope has ever claimed that. If Calvin thinks otherwise, it is easy enough to document it. But he doesn’t. If all “proof” means is bare assertion with no documentation, then anyone could prove anything by simply proclaiming it. In context, all of this seems to occur, too, not long before the Second Coming:

2 Thessalonians 2:8 And then the lawless one will be revealed, and the Lord Jesus will slay him with the breath of his mouth and destroy him by his appearing and his coming.

As we know, it has been almost 500 years now since the “Reformation” began and here we still are, with probably a good deal more time to go before the end. I see nothing in the Bible about the Antichrist reigning for 500 years. But I see things about three-and-a half and seven years, in the book of Revelation.

Calvin’s scenario is refuted on those grounds alone. He appeared (like Luther) to expect a Second Coming very soon, and the destruction of the papacy. He and his followers have been severely disappointed on both scores. The Catholic Church is alive and kicking, now, as it was, then.

In another passage, the Spirit, portraying him in the person of Antiochus, says that his reign would be with great swelling words of vanity (Dan. 7:25). Hence we infer that his tyranny is more over souls than bodies, a tyranny set up in opposition to the spiritual kingdom of Christ. (IV, 7:25)

How does this prove that he is the pope? Calvin merely assumes what he needs to prove, which is not solid argument.

Then his nature is such, that he abolishes not the name either of Christ or the Church, but rather uses the name of Christ as a pretext, and lurks under the name of Church as under a mask. But though all the heresies and schisms which have existed from the beginning belong to the kingdom of Antichrist, yet when Paul foretells that defection will come, he by the description intimates that that seat of abomination will be erected, when a kind of universal defection comes upon the Church, though many members of the Church scattered up and down should continue in the true unity of the faith. But when he adds, that in his own time, the mystery of iniquity, which was afterwards to be openly manifested, had begun to work in secret, we thereby understand that this calamity was neither to be introduced by one man, nor to terminate in one man (see Calv. In 2 Thess. 2:3; Dan. 7:9). Moreover, when the mark by which he distinguishes Antichrist is, that he would rob God of his honour and take it to himself, he gives the leading feature which we ought to follow in searching out Antichrist; especially when pride of this description proceeds to the open devastation of the Church. Seeing then it is certain that the Roman Pontiff has impudently transferred to himself the most peculiar properties of God and Christ, there cannot be a doubt that he is the leader and standard-bearer of an impious and abominable kingdom. (IV, 7:25)

How so? Have popes claimed to be eternal or omniscient or omnipotent or omnipresent or outside of time? Did they claim to have created the world (etc., etc.)? Those are the “most peculiar properties of God and Christ” and so anyone claiming to be God would have to make some allusion to them. They would talk, in other words, as Jesus did. But this has never happened. Thus, Calvin is flailing away, producing empty words that have no content or application to the matter at hand. Calvin has not proven to the slightest degree that the Antichrist will be a pope or collection of popes. 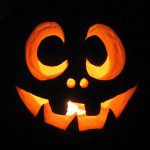 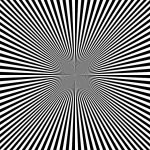 April 5, 2016 On Mystery & Reason in Theology
Recent Comments
0 | Leave a Comment
"Hey Mr. Armstrong, What is your opinion on this YT channel? This is, mind you, ..."
Prasanth Did Medieval Catholicism Forbid All Vernacular ..."
"YOU SAID ;Dave’s position and those of other apologists is simple: Instead of letting the ..."
Paul Vinci Resurrection #23: How Did Judas Die?
"Dawkins goes to theism in general. It is on a 1-7 scale, 1= strong belief, ..."
Jim Dailey Pearce’s Potshots #23: God’s True Mercy ..."
"A few questions- First, does the scale specifically refer to christianity, theism in general, or ..."
DC Kurtz Pearce’s Potshots #23: God’s True Mercy ..."
Browse Our Archives
get the latest from
Biblical Evidence for Catholicism
Sign up for our newsletter
POPULAR AT PATHEOS Catholic
1