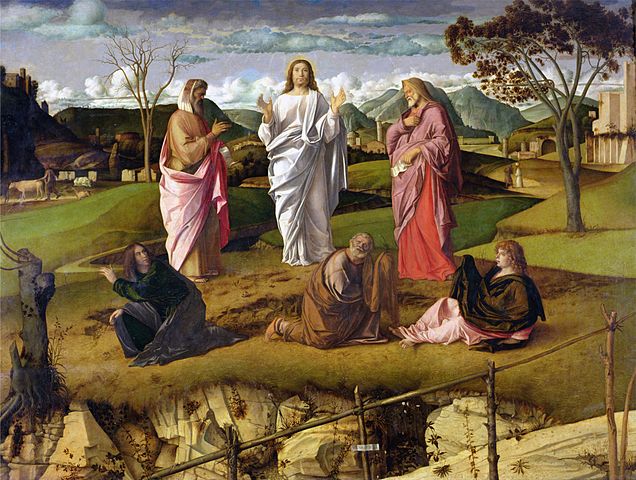 I absolutely love discovering things like this. I learned of it from Mary Sorenson, who follows my posts on Facebook. She wrote on my page, in the context of discussing the rich man’s prayer to Abraham (Luke 16):

At the Transfiguration, Jesus spoke with Moses & Elijah. And, as He hung on the cross, calling out “Eloi, eloi…”, the people thought he was calling out to Elijah. If praying to dead saints were forbidden, why would they have jumped to that conclusion?

My Protestant friend, Dave Scott, immediately jumped into the fray to debate this (his words will be in blue), after I commended Mary for her insight. And before we knew it, we had a new vigorous debate:

Maybe not forbidden, but does that make it right? What they thought is immaterial, in fact the Bible writers make a point of correcting this – that he was calling out to God and not to departed humans/saints. . . . I’m not refuting Dave’s contour but it seems to seek to justify a possibility in the face of a certainty.

It’s not immaterial at all. This is the same sort of argument as the rich man’s prayer to Abraham in Luke 16. It shows (in the most plausible interpretation, though not absolutely so) that the Jews of that time accepted such petitions as altogether proper and permissible. The Bible gives no hint of condemning such a thought as a theoretical possibility.

Nor does the “correction” mean that such a prayer is impermissible. It merely states that Jesus was calling on God, not Elijah.

They might have jumped to that conclusion because they judged him to be a blasphemous heretic or, at least, were not His followers.

Here is the passage in Matthew (RSV):

The “bystanders” are presented as allies of Jesus, since one of them gave Him a drink, in the next verse (Matthew 27:48). The next verse (27:49) again shows that this was common belief at the time: “But the others said, ‘Wait, let us see whether Eli’jah will come to save him.'”

Thus, it was believed that one could pray to one such as Elijah (who had already appeared with Jesus at the transfiguration), and that he had power to come and give aid; to “save” a person (in this case, Jesus from a horrible death).

It’s still possible that they could have accepted some erroneous theology (this is not an absolute, logically necessary argument), but it’s not presented as if they are wrong, and in light of other related Scriptures it is more likely that they are correct in thinking that this was a permitted scenario.

Jesus, after all , had already referred to Elijah, saying that he was the prototype for John the Baptist (Mt 11:14; 17:10-13; cf. Lk 1:17 from the angel Gabriel), and it could also have been known that Elijah and Moses appeared with Jesus at the transfiguration (Mt 17:1-6), if these were His followers. But the non-Christian Jews also had elaborate messianic-related views of Elijah (see the long citation below).

If it was ordained why are there no example of either Jesus doing it or of Paul praying to Stephen after Stephen’s death? (for example).

It’s not required. Once or a few times in Scripture is enough, just as the virgin birth and original sin are based on just a few passages. The canon of Scripture is nowhere in the Bible at all, yet believed anyway based on tradition. Sola Scriptura (in its full epistemological / theological meaning) is never ever taught, yet Protestants religiously accept it anyway and make it the basis for all of the rest of their beliefs.

It’s true that evidences for prayer to saints is mostly indirect (this is a rare example of a direct argument), but Scripture does have quite a bit about praying to angels. Since the dead saints are said to judge the angels (1 Cor 6:3) and be higher than they are in a sense, then a deductive argument can be made for praying to saints (the “higher”), based on prayer to angels (the “lower”).

The Jewish Encyclopedia of 1906 (“Elijah”) provides an extraordinary summary of Jewish beliefs regarding Elijah and his expected return, that seems to me to be in harmony with a notion of someone calling upon (or praying to) him:

The climax of Elijah’s activity is his appearance shortly before the Messianic time. “He is appointed to lead aright the coming ages, to restore the tribes of Jacob,” says Ben Sira of him (Ecclus. [Sirach] xlviii. 10, 11). In the second half of the first Christian century it was expected that Elijah would appear shortly before the coming of the Messiah, to restore to families the purity which in the course of time had become doubtful (‘Eduy. viii. 7; this is the opinion of Johanan b. Zakkai). A century later the notion prevailed that Elijah’s office was “to bring peace and adjust all differences” (ib.).

It was expected that all controversies and legal disputes which had accumulated in the course of time would be adjusted by him, and that difficult ritual questions and passages of Scripture seemingly conflicting with each other would be explained, so that no difference of opinion would exist concerning anything (Men. 45b; Ab. R. N. xxxiv.; Num. R. iii., near the end; compare also Jew. Encyc. i. 637a). The office of interpreter of the Law he will retain forever, and in the world to come his relation to Moses will be the same as Aaron’s once was (Zohar, Ẓaw, iii. 27, bottom). But the notion which prevailed at the time of the origin of Christianity, that Elijah’s mission as forerunner of the Messiah consisted mainly in changing the mind of the people and leading them to repentance, is not unknown to rabbinical literature (Pirḳe R. El. xliii., xlvii.).

His real Messianic activity—in some passages he is even called “go’el” (=”redeemer”; compare Friedmann, l.c. pp. 25, 26)—will commence three days before the coming ofthe Messiah. On the first day he will lament over the devastation of Palestine, but will close with the words: “Peace will now come over the earth”; on the second and third days he will speak words of comfort (Pesiḳ. R. xxxv. 161; Elijah as the “good messenger of salvation” is a frequent figure in the apocalyptic midrashim). When the archangel Michael blows the trumpet, Elijah will appear with the Messiah, whom he will present to the Jews (“Otot ha-Mashiaḥ,” in Jellinek, “B. H.” ii. 62, 125; see Eschatology). They will ask of Elijah, as an attestation of his mission, that he raise the dead before their eyes and revive such of the dead as they personally knew (Shir ha-Shirim Zuṭa, ed. Buber, 38, end; compare also Syriac Apocalypse of Baruch; Bousset, “The Antichrist Legend,” p. 203).

Meta Description: The “bystanders” during Jesus’ crucifixion thought Jesus was calling on Elijah. This shows that they believed in prayer to a dead person. 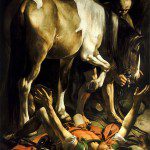 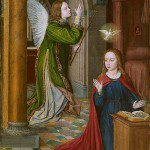 May 24, 2016 Biblical Arguments for Mary's Perpetual Virginity
Recent Comments
0 | Leave a Comment
Browse Our Archives
get the latest updates from
Biblical Evidence for Catholicism
and the Patheos
Catholic
Channel
POPULAR AT PATHEOS Catholic
1 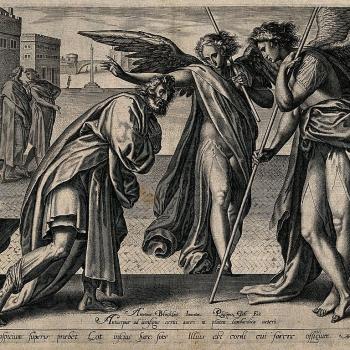 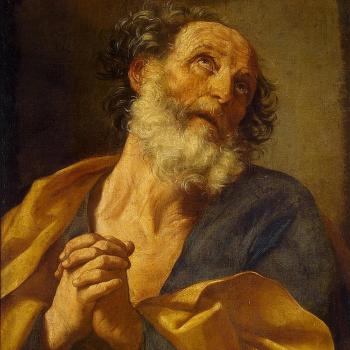 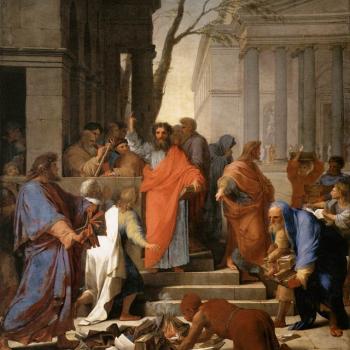